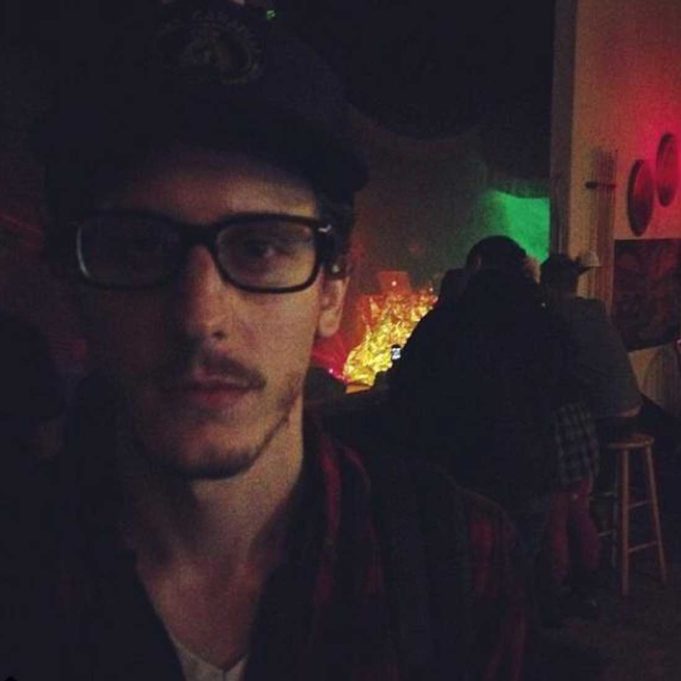 Cameron Smith wanted to be a songwriter in his early teens, he said, after first hearing Bob Dylan. In fact, War Party originated as a vehicle for Smith to record and perform his material before the band’s writing process became more democratic. And in the way that War Party’s sound has evolved from a punk take on do-wop (or “don’t wop,” as the Partiers describe it) to something entirely its own, Smith’s songwriting has taken turns that don’t necessarily fit in with War Party’s vibe. For those turns, Smith created Sur Duda, a lo-fi solo project through which he released a digital EP, Fort Night, last week.

“You know how you get self-conscious about the way you talk when you’re high?,” he said. “I was stoned and noticed how I started every sentence with ‘Dude, uh …,’ and I was like, ‘Yeah, that’s a good last name.’ ”

While the origin story of his solo project’s alias is sort of funny, it also speaks to Smith’s own self-analysis and how it tends to relate to the rest of the world, including his bandmates.

“Some of the songs I have come from ideas I didn’t think the other War Party guys would be that interested in or that didn’t really fit the band’s ‘narrative’ right now,” he said.

As an example, he cites his EP title track.

“That song is like six-and-a-half minutes of the same three chords,” he said with a laugh. “I’m not going to ask Tyler [Moore] to do that.”

In other words, knowing what your bassist will and will not be stoked about playing is great for writing as a member of a band, but Smith fully appreciates the creative freedom afforded by a solo project, both in terms of composition and the recording process.

While four of Fort Night’s five tracks were recorded at Cloudland Recording Studios in Fort Worth, one is basically an iPhone recording. And it’s about as lo-fi as you can get in 2016, short of springing for an old answering machine or a Fisher Price cassette recorder.

Besides being another outlet for Smith’s songs, Sur Duda has given him practice in the producer’s chair. He said he isn’t quite up to the speed that would allow him to record bands himself, but that’s a direction in which he’s headed.

“I got to basically have the studio under my own supervision,” he recalled.

Cloudland owner and producer Britt Robisheaux, he said, was a big help “tracking the bass and the drums” before showing Smith how the equipment routing worked. “How he set up all the stuff, that was beyond me,” Smith said, “but I learned how to operate some of the gear.”

Sur Duda, both live and in the studio, has also showcased the talents of a lot of other local musicians, many of whom are in the extended family of Dreamy Life, a recording/distribution project that Smith co-owns with Robisheaux, Robby Rux, and Jim Vallee. Almost a dozen local musos contributed to the song “Fort Night.”

But he also asserts that being a songwriter isn’t just a matter of applying a melody and chords to what you see while you’re cruising around town. He admits that that there’s a certain level of self-absorption you have to get on board with.

“I’m not as proud of that part,” he said. “But sometimes you start singing something to [a song you’re working on], and it gets stuck to it like a piece of gum in your laundry. And you’re just like, ‘Well, that has to stay.’ I’m not going give myself writer’s block just because I’m not the person I want to be.”

Leadoff track “Nothing’s Gonna Change” wears this sentiment on its sleeve like a corduroy elbow pad –– over the sort of mid-tempo, balmy interplay of flute, organ, and chiming guitars you’d expect to find on a Belle and Sebastian song, Smith sings, “Smoking a cigarette I swear that I’ll quit / I may get old, but I’ll still be hip / Not like those heroes that start putting out shit / I may get old but not like them.”

Call that passage cocky, self-assured, or sardonic, but it’s still a real sentiment.

Smith’s observational tack is but one element that draws your ear into his songs. The rowdy part of War Party is a lot mellower in Sur Duda –– Lou Reed is the most obvious comparison. And where the band spells the party with “D.R.U.N.K.,” Sur Duda winds down with “Where the Night’s Been,” a rumination on how you try to make sense of coming down when you “just can’t keep track with the nightstand.” It’s the one he recorded on a phone, and it sounds raw, close, and lonely, just Smith and a guitar echoing into a bedroom, the limits of the medium forcing you to fill in the blanks outside what’s hinted in the lyrics.

Sur Duda might be another name for Smith to release his songs under, but the intimate, intrapersonal focus of his solo material makes it an excellent companion to the music of his better-known band. After all, band names are just names –– it’s the songwriters behind them that make you listen.