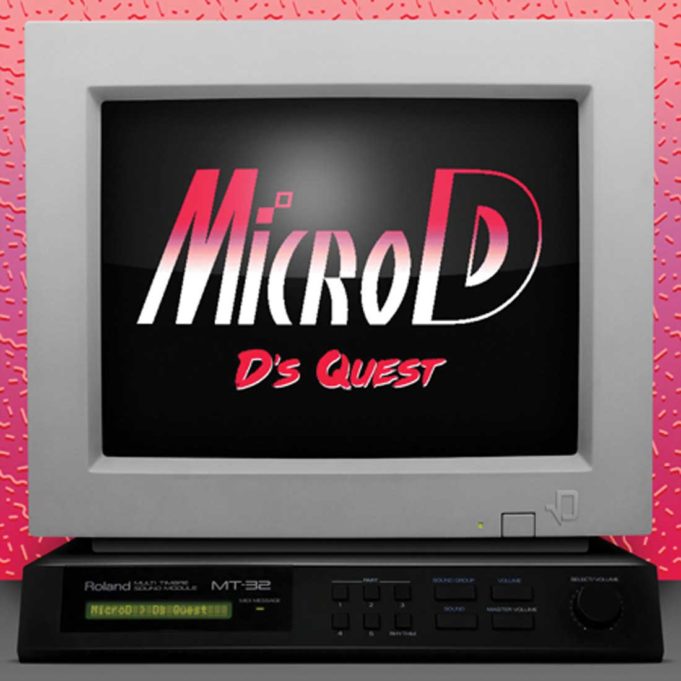 When I first saw the artwork for D’s Quest, the new EP from MicroD (the nom de programme of Fort Worth’s Michael DuFault), I assumed I was about to sit down to listen to another nerdcore album filled with old-school video game references laid over beeps and bass. Upon seeing the genre listed as “chipmusic” (a term I had never heard of and was sure had to be as made up as flip-flop-core), I was just certain my hypothesis was going to be spot on. But during my first spin of the album, I was proven to be very wrong.

“What is this I am listening to,” I asked myself. “Is this a soundtrack to a videogame?”

I pressed stop halfway through the third track to do some research on the genre of music I was listening to and how it was made.

For the layman, the explanation of chipmusic (also called chiptunes) is pretty simple. Chipmusic artists make their music using the same sound chips that are in vintage computers and gaming consoles. Limited to the technology of the late ’80s, we are talking the pre-MIDI era. Most chiptune tracks sound like a journey that is going to lead to your princess inevitably being in another castle.

In MicroD’s case, the technology used is the Roland MT-32 Multi-Timbre Sound Module, which was the same platform used to create the soundtracks to classic PC games such as King’s Quest V. The result is a whimsical trek across a world where listeners create their own imagery. The spoken word “Prologue” that opens the album sets the stage for the adventure of a character named Radical D, but ultimately D’s Quest is more choose-your-own-adventure than outright storytelling.

Yes, tracks such as “Climbing Still” and “Marks of Wear” sound like a videogame you have never played, but that is part of the fun. The only thing missing from D’s Quest is an epic, boss level-type track, signifying an actual accomplishment. Instead, the album’s closer, “Only the Wind-up/Letdown,” feels more like a tune that would play while the game’s credits scroll. 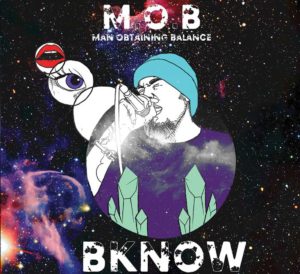 BKNOW’s M.O.B. is just as much an exploration of the Fort Worth rapper’s identity as it is a showcase of a polished performer and lyricist. The “Man Obtaining Balance” is a decidedly underground-sounding release. The 7-track EP has more in common with an Anticon Records’ release than anything you’re likely to hear on terrestrial radio.

The vibe is reminiscent of early East Coast hip-hop, and the music, produced by a small team of producers, is mostly reliant on loops draped over head-bobbing beats. Despite the array of beatsmiths who worked on the album, M.O.B.’s feel is uniform, a creaky, humid canvas on which the Fort Worth rapper paints his morally ambiguous street tales.

BKNOW is at his best when he’s telling a story. On “Engine Joe,” a Western-style character who “already took out every marshal trying to snag the kid,” BKNOW spins a narrative about a larger-than-life bandito who embraces his own villainy, rapped languidly over a looped Spanish guitar.

BNOW’s delivery is fluid and smooth, and though he uses inter-line rhymes and mixes up his flow with ease, the lyrics are never cluttered or hard to understand. Though he rarely employs dazzling, spitfire delivery, his clever wordplay keeps his vocals interesting.

“There’s a market for the market that you market / Find a stopping point and mark it / Spit my thoughts at any in-range moving target,” he raps aggressively on “Chale.” “Using my sober mind to stylize and paralyze / A criminal into poetry / I speak and now you victimized.”

The title track (and ethos) contains some of the EP’s most richly evocative lyrics. The beat piles up layers of skittering drum tracks until the whole thing wobbles like a Jenga tower.

Recorded by DJ OrBt at his Fort Worth studio, the sound of the release is immersive and transcends the record’s multiple production credits. – Dimitrius Jones