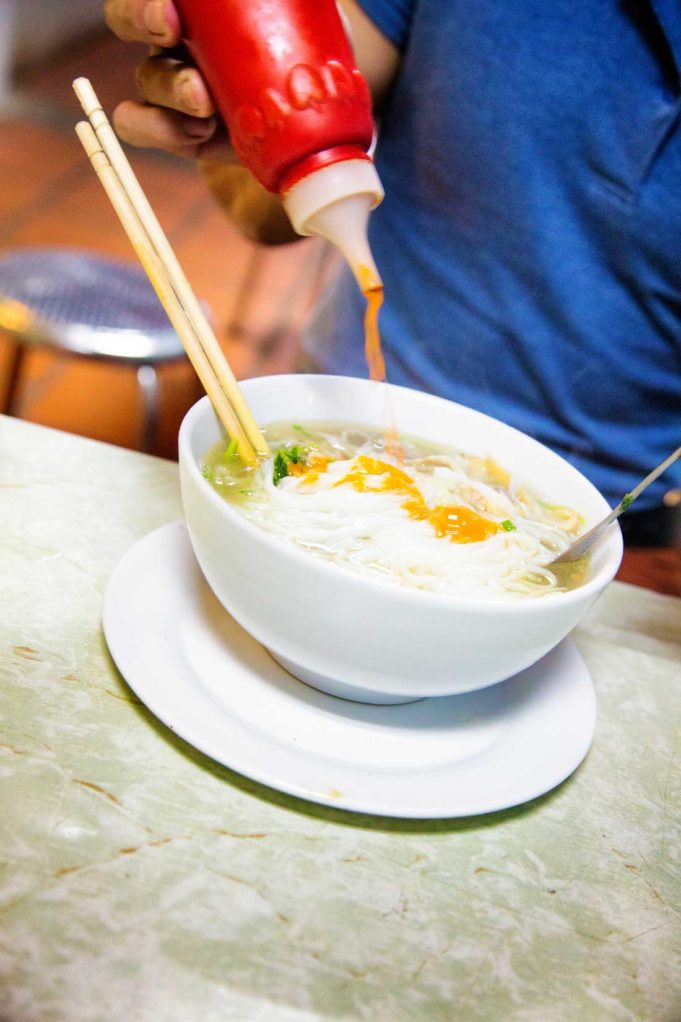 TCU students are a strange demographic. A restaurant owner who didn’t know any better might think that opening a place near campus would draw in the kiddos. That formula works for joints like Salsa Limón, Dutch’s Hamburgers, and the other eateries directly across from the sprawling university. The bros will even walk as far as Fuzzy’s Tacos or the Aardvark on Berry Street for a bite. But that’s about as far as the li’l Frogs will go with any consistency. Maybe the students are chipped when they enroll, and they get a shock upon crossing Greene Avenue.

I was thinking about how frustrating it must be for places like i-Pho (2817 W Berry St, 817-349-9128) to depend on college traffic for business. The tiny strip–mall Asian restaurant was full of Paschal High School students on my recent visit, but I saw nary a Horned Frog –– at least no one was wearing a sleeveless North Face vest or a white hat, so I assumed there were no TCU kids there. The place is only about a 10-minute walk from the edge of campus. Of course, it doesn’t help that the restaurant situation on Berry west of Greene isn’t exactly the West Village.

When I spoke to the friendly owner, he confirmed my suspicions. The students are unreliable, although he did add that he’s seeing more of them as the school year progresses.

i-Pho doesn’t serve traditional frat grub like burgers, tacos, and anything that pairs well with Fireball or Jäger. It’s a fast-casual walk-up counter joint that pedals superior, though hardly brilliant, pho and other Asian fare. It strikes me as the sort of place that’s run by authentic people who have changed the look and feel of their business to appear young and hip. There were festive chalkboards, pop music was piped in through overhead speakers, and televisions were showing MTV (or was it VH1?). And yet, authentic people just can’t help but keep it real. The deli case by the register was filled with treats like shrimp crackers and Pocky Sticks for the homesick Asian kids.

The offerings are heavy on the Vietnamese grub, but many of the appetizers and entrées are more of the catchall Asian cuisine variety than strictly showcasing the food of one country. There’s even a section of the menu called “The Chinese Stuff” and a pretty extensive list of the Taiwanese-influenced boba teas.

On my lunch visit, the crab Rangoon ($4.95) appetizer was crispy, hot, and bursting with cream cheese and crabmeat (probably Krabmeat) and served with a cloyingly sweet chile pepper sauce that wasn’t really necessary. The menu, it’s worth noting, has adorable commentary throughout. For example, beneath the offering of the chicken wings there’s a note that reads: “really from a PHO SHOP?”

My beef round-eye pho ($8.25 for regular-sized) was decent, with tender slivers of steak swimming in a rich broth. The noodles were stringy and overcooked, but the rest of the dish was spot on. There’s a condiment bar where patrons can pile on their own basil, onions, jalapeños, and whatever else. I took full advantage.

My guest’s steamed rice plate with beef, chicken, and pork ($9.25) was pedestrian, though the grilled beef was particularly flavorful. The chicken was dry and mostly flavorless, and the same can be said for the huge, sculpted mound of rice on the place.

Maybe i-Pho should host beer pong tourneys or have DJ nights like its neighbor, The Science Lab. Of course, then we’d lose the one authentic-ish non-burger/taco/barbecue place on that stretch. But at least the TCU kids would go.