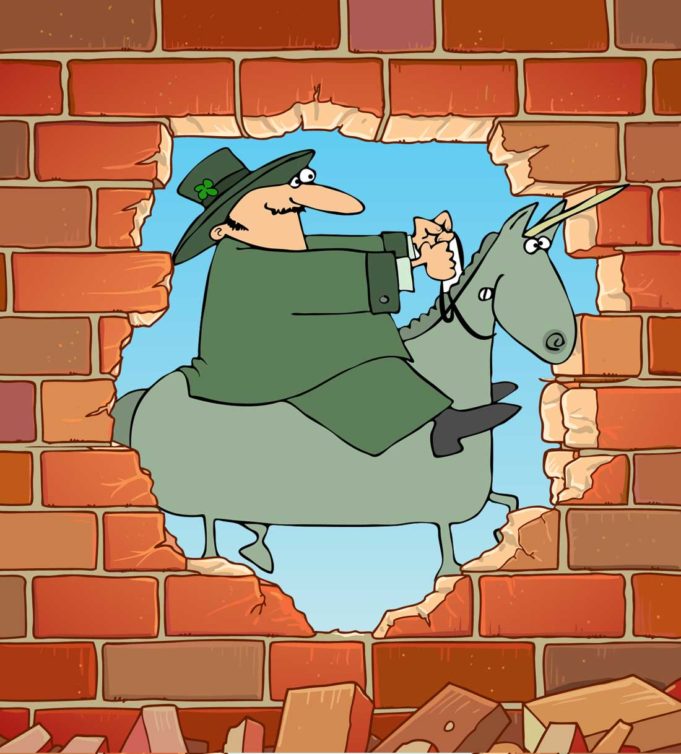 Nothing is more satisfying to a culinary explorer than stumbling across a little gem that no one else in your snobby circles has ever heard of. The narrative usually falls apart when you get to the food part:

“There’s a cool, tiny place just on the other side of [insert far-off thoroughfare]. It’s actually situated in an underground Cold War bunker, and you have to know a secret knock to get in. Sure, we ate cardboard covered in cake sprinkles, but it’s the journey, man. The journeyyy.”

When you find a hole in the wall and the food is actually edible, nay, good, it’s like capturing a leprechaun riding a unicorn. They’re rare. But I’ve done the hard work for you.

Everyone in the tiny dining room of Wild Bunch Sub Shop (101 S Jennings Av, 817-335-9453) seemed to know one another on my recent and first ever visit. Eventually, I figured out that the blink-and-miss-it sandwich shop was full of Williamson-Dickies staffers who had walked over from their nearby Southside office to grab a bite.

Wild Bunch checks all the boxes of the hole in the wall. Cramped space? Check. Only a few tables? Check. Plastic forks and paper napkins? Check

All of the usual sub shop suspects were on the menu, but I was drawn to the Frito Pie ($3.95) that was on special. When I finally got to the front of the line and ordered, the woman behind the counter opened a couple of bags of the chips –– the same small, synthetic plastic bags that appeared in the lunch boxes of my youth –– and drenched the little corn crunchies in a well-seasoned brown, meaty sauce topped with onions and cheese. It was like I was at summer camp all over again but without the body shaming every time I went swimming. The chicken and rice soup ($2.95) was decent, though the bird was a little gristly, as if it had been cooked at too high a temperature (boiled instead of simmered).

Though a restaurant right in the heart of the Stockyards may not seem that obscure, especially one just a block west of Main Street, Texan Kbob (121 NW 25th St) occupies a shotgun shack so tiny, you might mistake it for a closet or gateway to the Hogwarts Express.

This place is mom-and-pop through and through. Mom was working in the open kitchen, and her friendly daughter was manning the front of the house (both tables). The dining room seats only about 10 and even that seemed optimistic.

The bill of fare sits on the seemingly unnatural cross-section among Pakistani, Mexican, and Middle-Eastern cuisines, though none of those styles is mixed together. There are separate menus for kebobs, shawarmas, and tacos.

The jazz albums and random baseball paraphernalia hanging on the walls didn’t exactly scream “Texas” or “Kebob,” but the flea market grab-bag décor was more adorable than distracting.

The lemon-heavy chicken shawarma ($6.99), loaded with cucumbers, red onions, and a light crema stuffed into pita bread, was the highlight. The chicken was tender and expertly seasoned with chiles and salt. The beef kabob ($7.99), a smallish, spicy roll, had nice flavor. But the hot, limp lettuce inside the pita bread tainted every bite. It was a near miss though certainly not inedible.

Is either of these spots at the summit of culinary heights? No. That’s not the point. They both serve a decent lunch at a reasonable price, and you’ll have loads of ammo for your next foodie brag-a-thon. You are so out there.