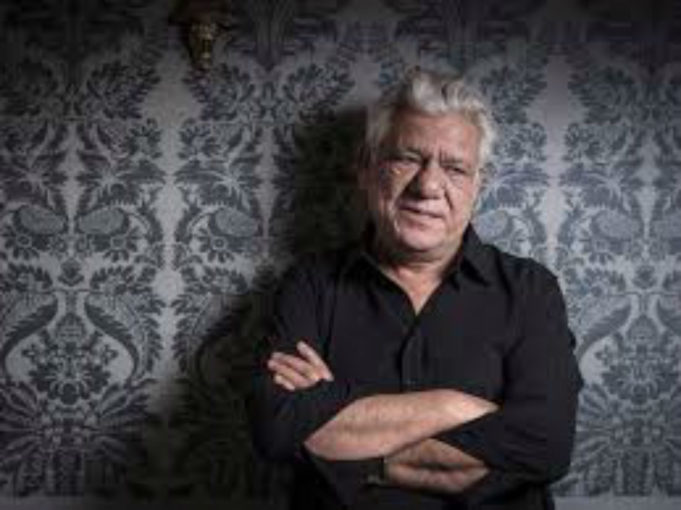 I had to take a break from my recapping of the films of 2016 to report on some sad news out of India. The great actor Om Puri passed away from a heart attack in Mumbai at the age of 66. His glittering career included two Best Actor prizes at India’s National Film Awards and an OBE from the British crown. Celebrities across India are tweeting about his death, from the country’s prime minister on down.

I only saw a small fraction of his film credits — more than 300! — but they were more than enough to impress me. He stood only 5’8″, but his physical bulk and his famously deep, sepulchral, rumbling voice helped him give off the impression of a much larger man. He occasionally took character roles in movies opposite Hollywood A-listers, and in these parts he backed down to no one’s star charisma. In 1994’s Wolf, he owned a scene with Jack Nicholson as a terminally ill doctor who calmly asks the werewolf to bite him to save his life. The director of that movie, Mike Nichols, cast Puri 13 years later in Charlie Wilson’s War as Pakistani president Mohammed Zia, and he effortlessly dominated Tom Hanks with his dry sense of humor and easy command of a room. You probably last saw him in 2014’s The Hundred-Foot Journey as an immigrant who sets up a boisterous Indian restaurant in France a few yards from a Michelin-starred establishment. Helen Mirren played the stiff-necked French chef running the other place, and while Puri may have been deferential to her in real life, on screen he’s one of the few actors who could stand up to Mirren at her most imperious.

These, though, aren’t his finest performances. I’d direct you to two films he starred in in the late ’90s. In East Is East, he played Jahangir “George” Khan, a Pakistani immigrant to the U.K. in the 1970s who fights against his children becoming more Anglicized in their adopted country. The movie veers wildly between farce and serious drama as bumbling George resorts to beating his wife to try to maintain control of his family, but Puri is the force that holds the film together. He was greater still in My Son the Fanatic as a London cabdriver who helplessly watches his teenage son become a violent Islamic fundamentalist. The film reached America in 1999, and in the wake of the 9/11 terrorist attacks, some pundits cited it as a key to understanding the mindset of the new jihad. It has some value as such, but the main thing you see now is the great warmth and understanding emerging from this flawed main character as he transports all manner of humanity in the back of his cab. A great voice for diversity in British cinema, Om Puri is gone too soon.