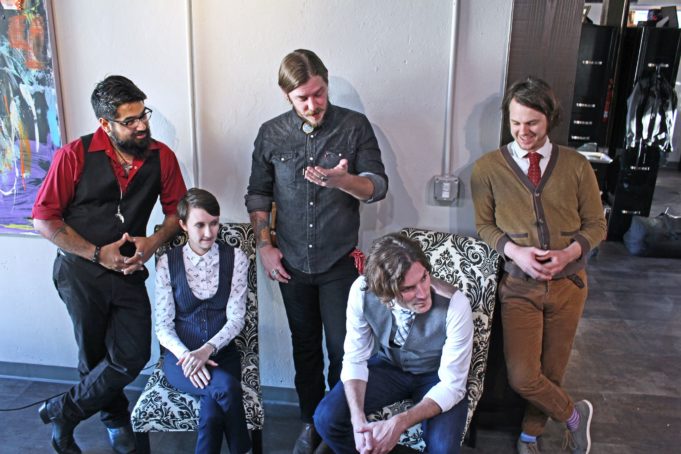 1) On Wednesday, after President-Elect Clayface’s gave his first press conference in six months, one of the disembodied reporter voices on NPR commented wryly about the “wiggle room” the President-Elect usually allows himself whenever anyone outside the reach of his control asks him anything of substance. To my ears, the reporter’s tone and cadence suggested that for her, maintaining journalistic impartiality is important, but at the moment, she found it was kind of a tall order. I’m probably projecting about that last part, but if you listened to the press conference, can we agree that the phrase “wiggle room” – as it relates to the truth of words spoken live to thousands of people across the country and probably the world by the President-Elect of the United States of America – is now kind of inadequate? Because if “wiggle room” is apt to describe what Donald Trump allows himself when committing to an answer asked by a member of the press, I’d say the proverbial dimensions of the phrase are now more like a “hotdog through a hallway” or “hotdog through the infinite vastness of outer space.”

I have no segue. There’s an early punk show in Dallas on Thursday at a place called Freak Show Studio (11012 Garland Rd.), starting at 5pm and featuring a band from Rochester, NY called California Cousins. Do you have any idea how far away Rochester is? It’s almost to Canada! Way fucking far! Also playing this show: Vegan Shark, Thyroids, and Nothing Cool. According to the FB invite, someone named Ben Nagy wants to go and will contribute gas money, so look him up and see if he’s chill or whatever. This California Cousins tune makes me think of the Longshots if they were into Taking Back Sunday or something:

2) Rodeo season is upon us, and local country songwriter Summer Dean and her band have a Thursday night residency at Lola’s for the duration of the Stock Show called Honky Tonk Thursdays. Pull on your boots, cram that tall wallet in your Wranglers, and step on over to Lola’s and swing to Summer Dean’s originals and favorite covers. Honestly, this is one of the most Fort Worth thing you could do.

3) On Friday, Club Dada hosts the 2nd Annual DDFW Master of the Mic Competition Finale. DDFW MOTMC is a series of rap battles pitting the best MCs of Dallas, Denton, and Fort Worth against each other in a metal cage called the Thunder—never mind. You can probably figure out what happens at this event. The judges include The D.O.C. (yes, that The D.O.C.), DJ Kayotic (of 97.9 the Beat), and Picnictyme (half of Bootyfade); competing for Dallas: Juq’o Vibe and J.Catalyst; for Fort Worth: Kilo Art-of-Fact and David Allen Dope; and from Denton: KoolBRZ and Dre the Hitman. I was looking for a video advertising this event on YouTube, but instead, I found a vocal group from the UK called MIC LOWRY! Jesus, that’s a good name! Check out Mic Lowry right here:

4) Ever been to Armory D.E.? It’s in Dallas, so maybe yes, maybe no, but anyway, King Camel Productions is putting on a series of shows called Locked & Loaded, and they seem to be amenable to booking Fort Worth bands; last Saturday, Mean Motor Scooter was on the bill, and this Saturday, Ronnie Heart headlines there with Acid Carousel and Trai Bo opening. Lot of local faces in those bands! The stage is outside, so hold your breath for agreeable weather! You’ve probably seen this Ronnie Heart video, right?

5) Un Chien releases their second album Where We Belong at Lola’s on Saturday; War Party and Un Chien’s Hand Drawn Records label-mates Cutthroat Finches open, all of which have unique sounds proving that there is ample “wiggle room” when it comes to rock bands. See? There’s your segue from that rant up there! From what I’ve heard of Where We Belong (“Amarillo,” “Never Coming Back”) Un Chien have embraced melodic ideas that are easy to like and have the potential for widespread appeal – while you’d never mistake Un Chien for the Lumineers, some of the vocals and backing oohs and ahs wouldn’t be out of place in a search engine commercial. Funnily enough, Un Chien participated in the Chevy Music Showcase, (video to follow), so they’ve already been part of a commercial anyway: