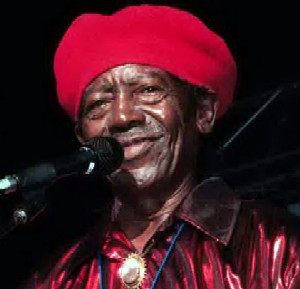 I never knew Robert Ealey, but when I landed in Fort Worth in 2002, about two years after he had died, I heard a lot about him: older African American bluesman, dapper, talented. I also heard that the Weekly had run a story about an Ealey benefit show from which local blues guitarist and overall good dude James Hinkle had allegedly pilfered some money. Hinkle had not. The Weekly writer was dismissed. And when I ask about Ealey now, from the old heads on the scene, I hear about how swell he was, how dapper, how talented. I also think about how few people like him are around. And how tragic that is. But also how expected and, really, how it’s not anything to be afraid of.

Robert was “a gem,” said Danny Ross, the owner of Keys Lounge who accompanied Ealey on keys back in the day and who accompanies him now on a forthcoming disc of previously unreleased material. Laid down mostly live at Eagle Audio Recording in 2000, Treasures from the Vault will be released Saturday at Lola’s Saloon.

“So many guys like myself learned through Robert,” Ross said.

Earlier this year, Ross punched up the tunes by adding some new keys, guitars, and percussion: “It has a warm sound since it was recorded on 2-inch tape, and, of course, a live feel with [Ealey’s] vocals … his crazy little stuff.”

Along with the guys who played on the record –– Ross, bassist Lee Allen, drummer Brad Swigger, and guitarist Tone Summer –– local bluesman Dylan Bishop will perform at the CD release party at Lola’s.

Ross said if the record “takes off,” he may have to contact his “buddy Leon Bridges” for help.

The album is definitely ragged but lovable. In addition to standard jump blues, there are a few oddities, which is heartening to hear –– even as an old timer, Ealey was evidently still open to new, fresh ideas. That speaks to his talent. As a singer, he was nimble, slipping from a sort of rambling sing-talking cadence to a booming, full-throated B.B. King-like sturdiness. Falling toward and away from the mic, Ealey gives each song a sense of immediacy that’s intoxicating. When he growls, “Shaaakaaa” on the song of the same name, a Steely Dan-esque tune devoted to Shaka Zulu, one of Ealey’s favorite TV shows, you can actually feel Robert Ealey standing in front of you in all of his dandified glory.

In a few years, all of the old bluesmen will be gone, replaced by rappers or rockers. The blues will always remain. As a sort of stepping-stone genre, good for young musicians to learn the rudiments of musicmaking, the blues can always be trotted out like a warm winter jacket and thrown on for a little while. A jacket that stays on a player for longer than normal ends up fraying and becoming something else again, anyway. Not that there were any like Robert Ealey, based on all the stories I’ve heard, but that he and so many others like him are dying off should make their younger friends dig into their respective vaults.

Recording with local bluesboy Chris Watson at Eagle Audio earlier this year, Ross had his fire lit. The guys at Eagle, Ross recalled, told him, “ ‘When the hell are you gonna finish?’ So finally I have, and I’m very happy to have [Ealey’s] voice out with new, fresh material.”

Cover to the Robert Ealey tribute show Saturday at Lola’s is $10. 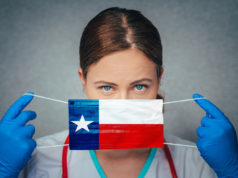