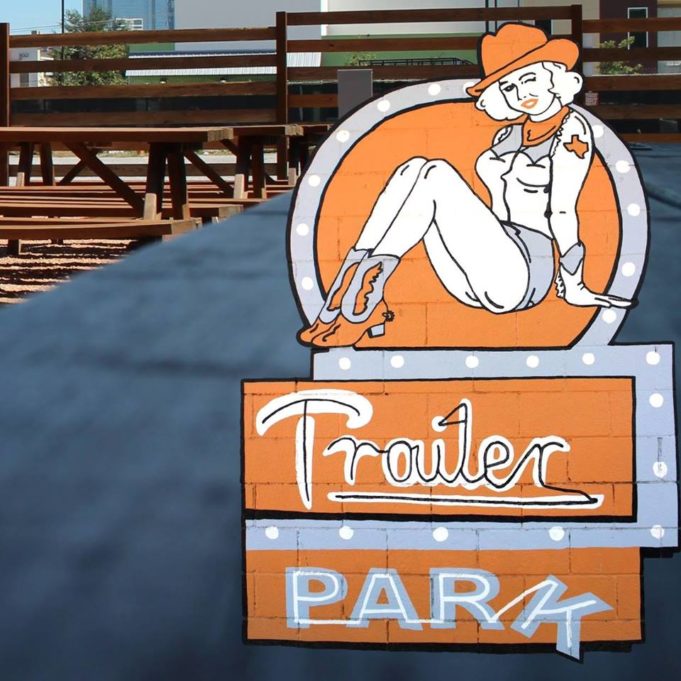 Turns out that for Brian Forella, owner of Lola’s Trailer Park and adjacent Lola’s Saloon, keeping the lights on has required some concessions, especially in these new dark ages.

And I’m not talking only about 45. I mean Fort Worth music.

“I can’t find any [local rock] bands to fill it!” Forella exclaimed last Friday, sipping on a lemon-vodka-soda at the Trailer Park.

Now, don’t misunderstand him. He’s found more than a few local rock bands to fill the spacious indoor/outdoor venue that holds 700, the Burning Hotels and Sally Majestic among them. What he meant was fill it with any sort of regularity.

Knowing that the big boys — the Hotels and Sally Majestics of the world — can’t play the Trailer Park even as infrequently as three or four times a year, Forella’s thoughts turned toward our up-and-comers. We tried to think: Are there any under-30 indie-rock bands in town that could pull, say, 300? The way the Hotels, Telegraph Canyon, The Orbans, Calhoun, and a few other now-marquee bands could regularly 10 years ago, back when those cats were under 30 (or thereabouts)?

We asked Blake Parish, 31-year-old frontman for much ballyhooed newcomers the Royal Sons, who was tending bar at the time.

“Under 30?” Parish replied before sinking into a thought. A few moments later, he looked up at us. “Not that I can think of.”

Instead, Forella has been subsisting mainly on country music and Red Dirt.

And it’s been pushing capacity about half the time, Forella said.

As two distinctly stereotypically Texas genres, country and Red Dirt fit with the Trailer Park’s distinctly Texan vibe. The sound is also mainstream and non-challenging, which comes in handy when your venue is walking distance from Ground Zero for Fort Worth’s young and single: the West 7th area.

“We just wanted to expand our crowd,” Forella said. “With three stages now,” including the Trailer Park’s side stage, “we needed to add more genres to the mix. I have always been friends with and appreciated the country music scene and thought we could contribute with another option for bands/artists to play.”

No one’s saying there aren’t any good-to-great indie-rock bands peopled by twenty- and thirtysomethings or good-to-great young rappers in the Fort or that local indie-rockers and rappers of all ages aren’t welcome to perform at the Trailer Park. There is, and they are — Forella said he’s going to start doing rock on Thursday nights and at the Rock ’n’ Roll Rummage Sale on last Sunday afternoons. It’s just that there doesn’t seem to be enough of young rockers/rappers for Forella to put a stop to what works (country and Red Dirt) for any extended period of time.