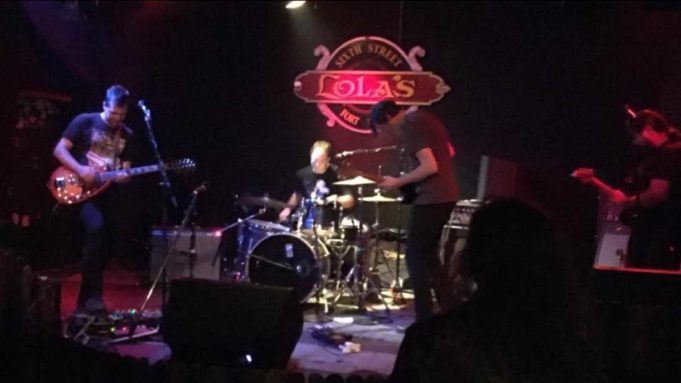 You know that odd feeling you get when you put on a record that doesn’t seem that old to you but that is completely unknown to people in their 20s? A mix of surprise (“Hey, I’m turning somebody on to something cool!”) and utter disgust (“God, I am so freakin’ old”), this feeling could be its own local genre. Can we call it “Forty Worth Music”? We’ll call it “Forty Worth Music.” The Burning Hotels, Brandin Lea, Calhoun, Sally Majestic, Nathan Brown, Alan, Kevin Aldridge, and the few other legacy artists may not all be in their 40s (only most of them), but they’ve been performing and writing original music since the average 25-year-old was in middle school. How’s that for surprise? How’s that for disgust? #fortyworthmusic

As a professional complainer, I’ve been #blessed with the opportunity to watch the local scene grow from three venues and about a dozen serious acts to what it is now: a national force, with multiple venues for live original music and several dozen serious bands/artists. One act from the early days (’97, to be exact) that by sticking to its unique brand of propulsive psychedelia has also managed to transcend time or era is Stumptone. That frontman/cofounder Chris Plavidal, drummer/cofounder drummer Mike Throneberry (Mind Spiders, Marked Men), guitarist Frank Cervantez (Sub Oslo, Wire Nest), bassist Peter Salisbury (Mind Spiders, The Baptist Generals) are awesome is not up for debate. They are. Period. My perverted hope is that twentysomething Fort Worth materializes at their two upcoming shows: Sat, Apr 22, at Republic Street Bar (201 E Hattie St, 817-615-9360) with Dallas’ theatrically pianistic Poppy Xander and on Sat, Apr 29, at Lola’s Saloon (2736 W 6th St, 817-877-0666) with another local legacy act, dub masters Sub Oslo.

Stumptone and Sub Oslo go way back. Cervantez co-founded the latter with drummer Quincy Holloway and bassist Miguel Veliz, who played in Stumptone for a couple of years in the late ’90s. The bands have shared the stage multiple times in the over the past decade-plus, including recently.

Last summer, Stumptone released its five-years-in-the-making third album. Recorded at The Echo Lab in Denton before it closed (the lab, not Denton), Spark, and all of its bonus material, comprehends the band’s entire history. Additional recordings are “already in the works,” Plavidal said. The plan is to release either a 7-inch or an EP by the end of the year “to celebrate 20 years of playing together.” The new material will be recorded at home and also possibly Cloudland Recording with Britt Robisheaux (BJ Thomas, Drug Mountain, Bludded Head).

“We keep doing it because it’s just as fun as it ever was,” Plavidal said. “The guys in the band are my best friends, and we don’t see any reason to quit. It’s still just as vital as it ever was.”

The secret to longevity, he said, is “playing music that has the ability to mutate and evolve. It’s fun to play some of the older songs now, just to see how the circle remains unbroken and those songs are still relevant and vibrant.”

Not being dicks also helps with keeping on, he added. “This is a band with no drama, egomania, or bad attitudes. It’s always been that way. It’s just cool with us, and that’s a big key to survival as a group.”

Inspired by William Least Heat Moon, who said of pouring himself into a lodge after a long drive, “It lacked only the dimension of sharing,” I’d like to say that unless it’s a venereal disease everything is better when you can share it. From me to you, twentysomething Fort Worth, please enjoy Stumptone.