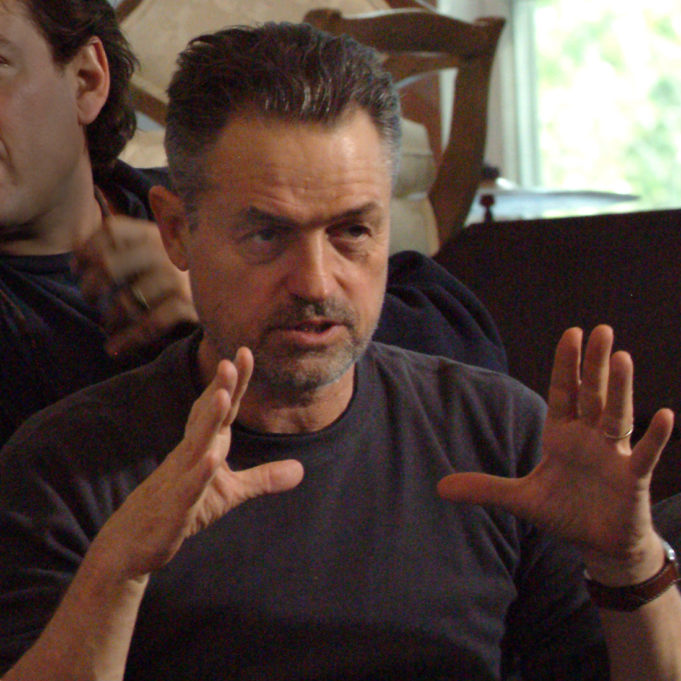 Like everyone else, I was saddened to hear about the death of Jonathan Demme, who passed away last night at age 73. I thought about the great films he made, but I also thought about just how much of his career was bound up with music. Of course, he made one of the great concert films of all time in 1984’s Stop Making Sense and returned to the genre periodically throughout his life in Storefront Hitchcock and his movies about Neil Young. Just last October, his Justin Timberlake + the Tennessee Kids was released on Netflix.

However, music also runs through his fiction features as well; just recall the dance number at the end of Married to the Mob or Sister Carol singing “Wild Thing” over the end credits of Something Wild or The Flirtations doing their a cappella version of “Mister Sandman” in Philadelphia or Tunde Adebimpe singing his own wedding vows in Rachel Getting Married. It seems fitting that what turned out to be Demme’s last theatrical feature, Ricki and the Flash, was about a musician.

Demme’s interest in music is kind of an emblem of his work. This filmmaker who could find glimmers of humanity in its darkest depths and got career-best performances out of so many stars could have had a much more traditional career doing prestige projects, especially after The Silence of the Lambs swept the Oscars. I’m rather sad that he didn’t keep at it, but he stayed true to his own instincts, not only following musicians he admired but also making documentaries about the struggle for human rights in Haiti (The Agronomist) and his own cousin’s efforts to bring social justice to Harlem as a minister (Cousin Bobby). He switched effortlessly between film, video, and TV as well; the episode of Shots Fired that he directed will air tonight. His nonfiction films deserve wider distribution, and given the richness of the work he did do in films, it seems churlish to complain.

How good was he with actors? I could pick any of the Hannibal Lecter-Clarice Starling scenes from The Silence of the Lambs, including this hair-raising deleted scene where Demme brings up a red light on Anthony Hopkins’ face. Still, I choose this one, with its loving close-ups and Lecter behind bars instead of the glass cage at the beginning that has influenced so many other films. I love the deathly stillness that Hopkins infuses the killer with, and Jodie Foster’s troubled repetitions (“It was cold, so cold”) still get to me. The icy terror that gripped me when I first saw this film has never left, and neither has the impression of Agent Starling’s bravery in the face of unimaginable evil.

If Philadelphia looks a bit square today, that’s because AIDS and homosexuality were such explosive topics in 1993 that the film had to be made more or less the way it was to reach a mainstream audience. It’s fair to say that without this movie, we don’t have Moonlight in 2016. Demme took that red light off Hannibal Lecter and brought it to this celebrated scene to show Andy (Tom Hanks) transported by the beauty of an aria from Giordano’s Andrea Chénier. Hanks is undoubtedly phenomenal in the scene, but look at how much Denzel Washington does in this scene without doing much of anything. Here’s a guy being subtly shaken to his foundations by seeing another man stripped to his barest essence. The vertiginous overhead camera angle on Hanks (which takes in his IV pole) takes us right inside the rapture and hope that this dying man draws from the music.

Just last week, I mentioned in my review of Colossal what a revelation it was to see Anne Hathaway play a veritable trainwreck in Demme’s Rachel Getting Married. Here’s her massively uncomfortable wedding toast scene from that movie. How much do you learn about Kym just from this scene? She’s smart, funny, well-read, and articulate, and yet here she is, making sure that the spotlight is always on her during her sister’s wedding and spilling all her issues to the guests whether they want to hear it or not. You feel like one of those guests, not wanting to hear any of this but not able to look away, either.

When this many great actors give great performances for the same director, it tends not to be a coincidence. Though he didn’t win the same praise as acclaimed giants like Scorsese and Spielberg, he belonged in their class. Small wonder that tributes poured in from the actors and musicians who benefitted from his artistry. Now if you’ll excuse me, I’m going to track down a copy of the film he made of Ibsen’s A Master Builder a few years back and sing a song for this wise and humane storyteller.