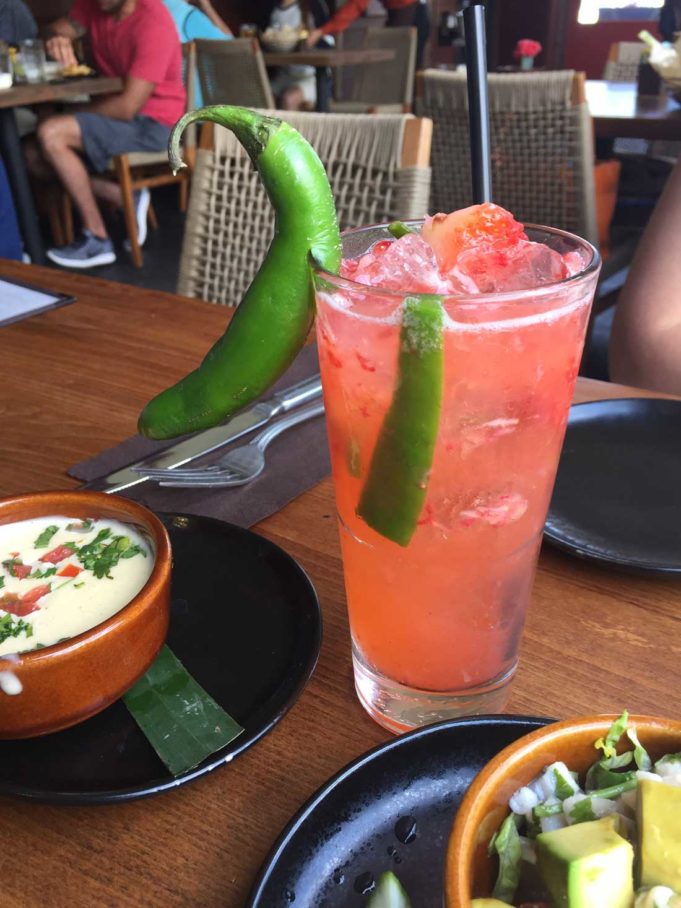 I was looking around the interwebs for car deals and was struck by some of the basic, vague descriptions, like “2013 Nissan Sentra. Clean. Runs” or “2014 Honda Civic. Radio. Works Good.” I never expected to read, “Vagrants have been using the trunk as an outhouse,” but shouldn’t we just assume that the car runs and you cleaned it before selling?

I bring up my search only because restaurants that use the word “fresh” as a descriptor for the menu’s ethos are applying the same odd logic. Shouldn’t we just take for granted that the food is fresh? I know that not every place actually puts a premium on the freshness of its fare, but almost all eateries will claim their food is just off the boat, farm, forest, or whatever. So the word has lost its meaning a little. Not one server or chef has ever told me, “The pumpkin soup is pretty good considering the squash have been festering on the floor of the walk-in for three weeks.”

But there I was at Meso Maya (3050 S Hulen St, Ste A, 682-316-8266), the newly opened Dallas mini-chain that took over the space in the Trinity Commons shopping center formerly occupied by Rockfish Seafood Grill, and what word does my server use to describe the grub? It’s fresh, and, he noted, takes longer to make. He was correct on both counts. On my recent visits, everything that came out of the kitchen tasted assiduously, triumphantly, and extravagantly fresh. And the wait was agonizingly long both times – I assumed the staff was butchering cattle and slaughtering chickens onsite.

The bill of fare is authentic, elevated interior Mexican cuisine. The starter ceviche mixto ($6) set the tone for my first visit. The dish was a gourmand’s rendering of the classic seafood dish, with Mazatlan white shrimp, striped bass, lime juice, slivers of jicama, bits of tomato, slices of serrano, cilantro, and thick chuncks of avocado. The guacamole ($5) owed its zest to a tasteful supply of white onions, tomatoes, cilantro, lime juice, and Oaxacan sea salt mixed in with the silken Michoacan avocados.

I’m always suspicious when mole is on a menu. So few kitchens can master the balance of the bittersweet cocoa powder and the spice of the chili peppers (Enchiladas Ole and Revolver Taco Lounge are two of the best) without practically making the dish taste like a dessert. Maya’s mole poblano ($13) is easily one of the better versions around. The nuanced, sneakily piquant sauce was slathered over adobo chicken breast, caramelized onions, cilantro, roasted poblano peppers, monterrey jack cheese, and blue corn tortillas. Less successful were the carnitas tacos ($12). The flavor of the pork was drowned out by the massive corn tortillas, pickled red onions, and chile de arbol salsa. On their own, however, the tender morsels of swine were well seasoned and lusciously oily.

My second visit was for brunch, a service that has all of the familiar trappings of a traditional Mexican breakfast. A highlight was the outstanding, spicy chilaquiles tradicionales ($12), with roasted white chicken, sautéed onions, serrano peppers, tomatoes, and black beans, served on a bed of crispy tortilla strips, topped with two creamy sunny side up eggs, a blend of Chihuahua cheese, queso fresco, and red salsa. The Mexican toast ($12) was a creative if cloying version of the brunch classic with vanilla cream cheese, strawberries, blueberries, and caramelized bananas sandwiched between sugary slabs of pan dulce, all drowned in a piloncillo (whole cane sugar) and cinnamon syrup.

Meso Maya delivered on its promise of fresh-tasting, elevated Mexican cuisine, but be prepared for a languid afternoon. The place’s Craigslist ad should read: “Fresh. Slow. Worth it.”