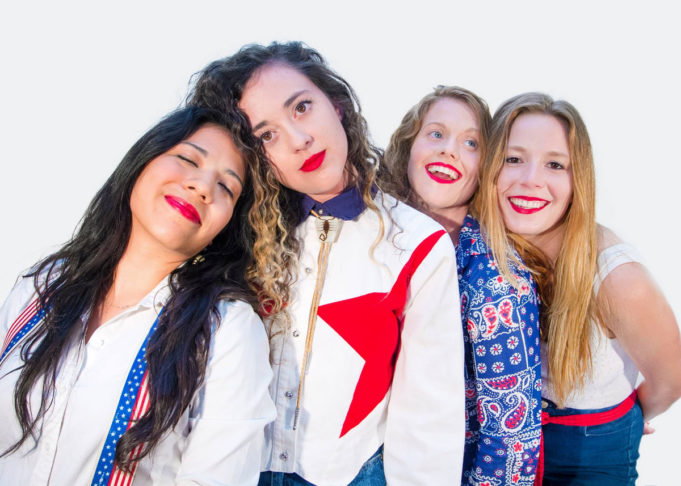 1) The debate about the merits of early shows versus late (aka regular time) ones will probably never be resolved, but MASS (1002 S Main) is sort of making a case for earlier bills with its Wayhomer Wednesdays showcases; you can read more about them in Last Call, but here’s the gist: they start at 6, they’re over by 8, and the cover’s only $3. This week’s Wayhomer Wednesday show features VVOES, a band that will appeal to you if you like the Cure and/or the Smiths, or think the letter W should actually be called “doublevee.” Since these shows are presumably designed for people who are on their way home from work, here’s a super cut of Kevin from The Office Kevining it up:

2) Local singer-songwriter Matthew Lane is releasing an EP called Suite Kentucky at Lola’s (2736 6th St) on Friday night, with Cary Wolff and the Morning After headlining and the two middle spots occupied by Redwine and Roses and Slobberbone’s Brent Best (who produced Lane’s EP). File this show under roots, rock, regular people drinking beer and having a good time. I don’t know what the cover is, but I bet it’s $10 +/- a buck or two. The bands start at 9. This video of Brent Best performing for a KXT thing just reminded me that that station has been on the air for seven years:

3) Here’s what you need to know about Speedealer: they are one of the most legendary hard rock bands from DFW, and they’ll be headlining a show at the Double Wide in Dallas on Friday night. That bill also features a Hint of Death (if you are a fan of Mastodon’s older albums, you’ll dig them) and two bands I know almost nothing about: The Satanic Overlords of Rock and Roll (they’re from Houston, I know that much) and the Ex-Members. The 21+ show is $10 and doors open at 8. As a bonus, Lone Stars are only $2 in the club part of the Double Wide (as opposed to the lounge side). Here’s Speedealer (back when they were still called REO Speedealer) playing in San Francisco 20 years ago:

4) I really like Pearl Earl, so I’m gonna just call their album release party at MASS on Saturday the Team to Beat Show of the Week. Fun fact: according to Dreamy Life honcho and man-about-town Cameron Smith, the pre-sale for the limited edition pink vinyl copies of their eponymous new record sold out in under two hours. The regular copies still have all the same songs at least, and they’ll be for sale at the show so bring cash and pick one up. Vodeo and War Party are also on this bill. Bands start at 9pm. Here’s a video of them playing live last month:

5) The Boiled Owl Tavern has a diverse bill on Sunday night: Tornup (rap, bass proficiency), DJ Ronnie Heart (funk and R&B jams), Heater (blistering post-punk freak outs), and Better Now (kinda emo, in a good way). The show is 21+ and free, but please drop some cash in the jar at the front door for the bands. Here’s a Tornup video from a couple years ago: