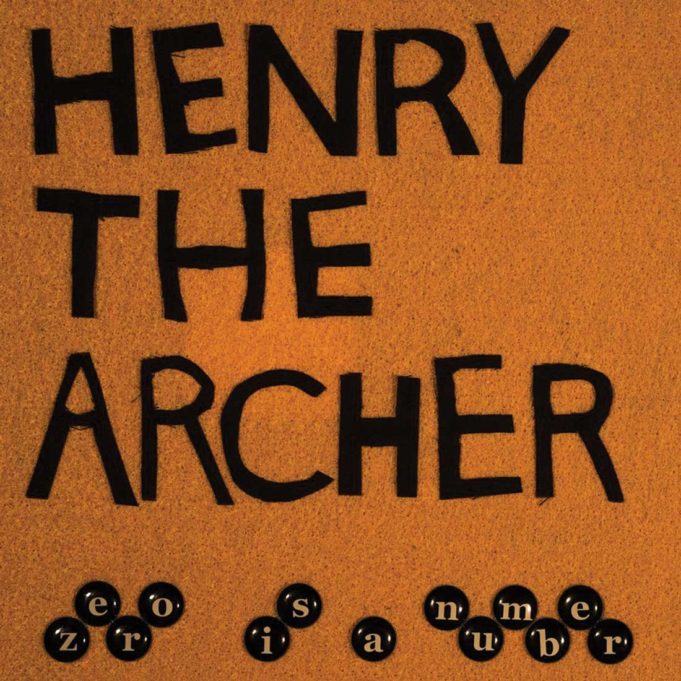 Henry the Archer’s latest effort highlights the best qualities of this three-piece band led by a New Jersey native turned Fort Worth transplant. Passion, punk, a willingness to be different, killer rhythm tracks, great guitar tones, and, most of all, frontman Richard Hennessy’s distinctive vocal style are all present and accounted for on Zero is Is a Number, a collection of eight original alt-rock songs.

Hennessey’s reedy, high-pitched voice sounds at times like Billy Corgan of the Smashing Pumpkins. At times, it’s indefinable. Hennessey jumps willy-nilly from a powerful tenor to a dexterous falsetto. His playfulness on the microphone characterizes this album’s bombastic and fun approach. Kevin Geist’s drumming is outstanding, while bassist Charles Marchbanks keeps the rhythm tight and right without stealing attention.

Hennessey’s songwriting and guitar, keyboard, and vocals are what make the grease sizzle, and when he is clicking in all those areas, the songs are sophisticated and current while still retaining retro elements of rock and reggae.

A standout track is opener “Wi-Fi Pets,” which rocks from the first note and never stops. The rest of the songs boast a similar energy and carefree spirit. Don’t expect any maudlin, whiney, I’m-a-sad-little-bucko excursions. Hennessey keeps things lively even when he is distressed, such as on “Sunday Samurai,” when his “heart is bleeding” and he feels like “plastic melting to the floor.”

The album’s experimental nature creates a dearth of ear-wormy hooks and renders Mr. Archer something of an acquired taste in my eyes (and ears). Example: the instrumental “Implied Pronunciation” is forgotten as soon as the song quits playing. But this collection carries the listener on a fun romp.