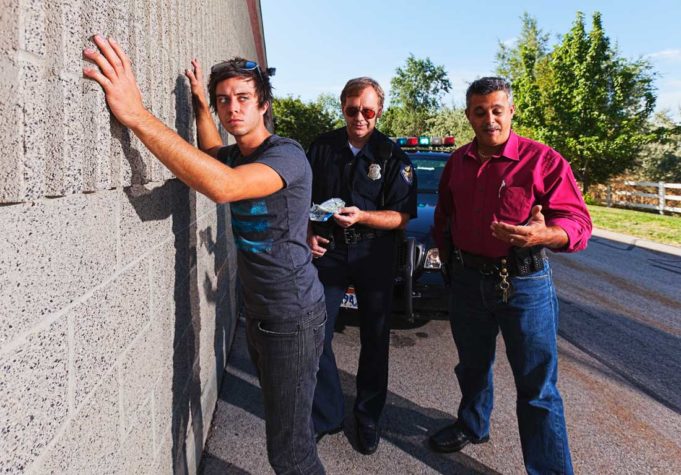 For all of our diversity — from our friends and neighbors to our art and cultural scenes (especially the food) – we still have a nasty conservative streak. This fear-filled perspective is in full effect now with SB4 about to take effect on Sep 1. Signed by Gov. Greg Abbott in May, the law forces peace officers at every level, including the university one, to demand the legal status of anyone stopped for any infraction, including vehicular, who looks – looks – like he or she is not from ’round here (translation: who looks Hispanic). Can’t prove your citizenship on the spot? Off to the clink while ICE sorts out your status.

SB4 is stupid for lots of reasons. First, nobody can prove he or she is a citizen – we don’t have national papers. Second, the Texas economy depends on illegal sweat to lay our roads, roof our houses, pick our crops, clean our hotels, maintain our lawns, cook our outstanding Tex-Mex, and more. Lastly and most importantly, when people believe they’re going be questioned about their legal status anytime they’re around law enforcement, they tend not to report crimes. When people don’t report crimes, they open themselves up to more victimization. SB4 is so bad that every major police force in the state is officially opposed to it. Even Fort Worth’s. All this, despite the huge fines and potential top-down firings that await police departments that don’t follow it.

But Fort Worth City Council sees things differently. That’s why our fair ville will be the largest Texas city not opposed to the law. Dallas, Houston, Austin, San Antonio, and El Paso have all joined a lawsuit to stop SB4 before it starts. The reasoning? It’s discriminatory, period. “It’s bad for families, bad for cities, and bad for business,” District 9 Councilmember Ann Zedah told the Star-Telegram recently.

What did Mayor Betsy Price have to say?

“I just don’t know whether there’s anything to gain by joining the lawsuit.”

Other than, y’know, making a bigly statement against the racist legislators in Austin.