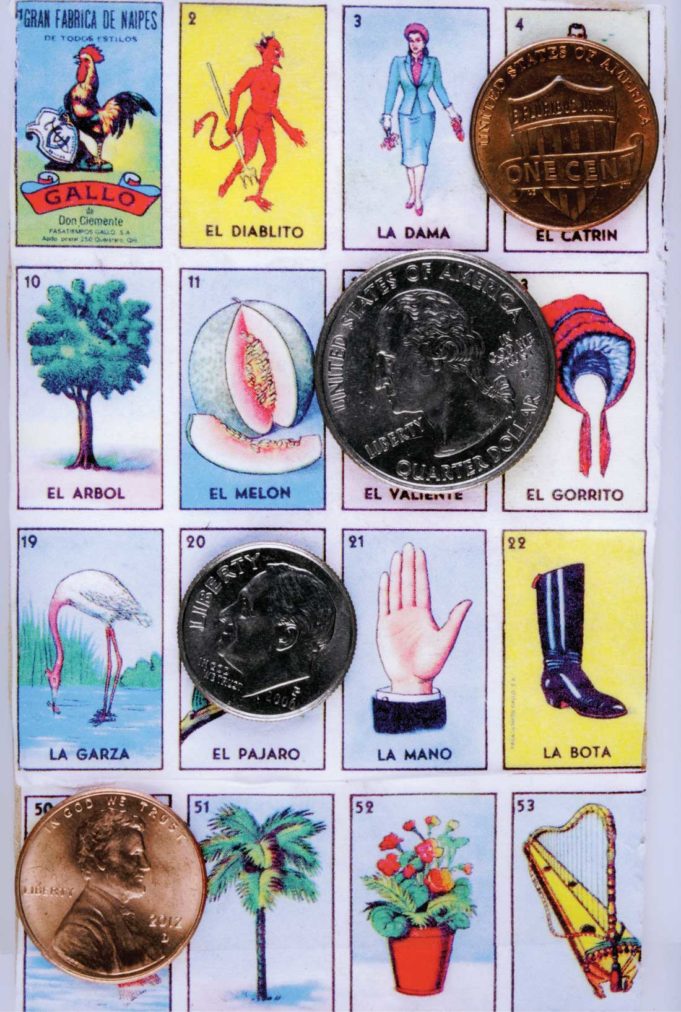 It wasn’t something Jessika Gúillen expected. But being a Latina artist in Fort Worth meant reoccurring negative experiences at art exhibits.

“I felt displaced,” she said. “I was often the only Latina or even the only brown person showing [artwork]. That has always been kinda weird for me.”

The incongruity weighed on her until early last year when the painter and artisan shared her frustrations, and vision for a new Latino-minded art group, with local publishing company owner Raul Rodriguez and musician Gerardo Contreras. The collective they formed showcases local Hispanic artists in accessible venues. Latino Hustle’s first show was last October at the artspace/venue FWBLACKHOUSE (pronounced “Fort Worth Black House”). The event drew a couple hundred people, Gúillen said, for works by her, photographer Diana Urbina, the photography collective Dying Photo Club, and several others.

“These were people we respected as artists,” Gúillen said. “The show attracted a lot of people who wouldn’t normally think of coming to an art show.”

Participating artists are allowed to choose which works to display. Gúillen said she doesn’t take a heavy-handed approach to curating the shows. Rather, she wants artists to select works that connect thematically, and there’s always a theme.

FWBLACKHOUSE founder Noel Viramontes said that for a long time, Fort Worth didn’t have a voice that reflected Latino artists.

“We liked the vision they had to bring the Latin community together,” he said. “Latino doesn’t just mean ‘Mexico.’ It reflects all Latinos.”

The group’s second show, CHINGONX, held in April, drew an even larger crowd, Rodriguez said. Part of the event’s appeal was the inclusion of food and crafts vendors and DJs. The show ended with a late-night Cumbia-heavy dance party.

The group isn’t politically driven, but Gúillen and Rodriguez haven’t shied from their role as Latino artists and leaders in a community that is divided over a new state law set to go into effect in September. Senate Bill 4 allows peace officers to question the immigration status of a person they legally detain. Except for Mayor Betsy Price and several city councilmembers, most Fort Worth community leaders believe the law encourages racial profiling.

“You don’t want stuff like that clouding your vision, but it’s so prominent right now,” Rodriguez said.

Art offers opportunities to show the community that Latinos are an integral part of Fort Worth’s cultural fabric, Gúillen said.

“I have trouble articulating myself in words sometimes, but art helps me do that,” she said. “A lot of people are the same. Maybe they don’t make art, but they love art. It gives them an awareness of their circumstances visually.”

Latino Hustle is one of several groups participating in These Are My Friends on Saturday at Shipping & Receiving. The pop-up show is a celebration of the one-year anniversary of the hybrid art gallery Art Tooth and will include live music and food and merchandise vendors.

“We’ve seen the Fort Worth art community explode over the past two years,” Rodriguez said, referring to several art collectives and groups that have self-organized recently.

Rodriguez and Gúillen are preparing for Latino Hustle’s next big art show. Oct. 28 will be exactly one year from the group’s first event.

Rodriguez said there will be a lot to celebrate then.

These Are My Friends