Six months ago, I did my Q&A thing on the winter transfer window in soccer, but last Thursday the much busier summer window slammed shut with some truly insane business being done, so let’s recap the madness.

Most of the European soccer leagues started their season weeks ago. Why is the deadline for acquiring new players on August 31?

Calendar-wise, it’s certainly neater, but from every other viewpoint, it makes little sense. Efficient coaches like Manchester United’s evil genius José Mourinho add their players early so they can go through training camp and familiarize themselves with their new teammates. That’s what he did this season, so Serbian defensive midfielder Nemanja Matic and Belgian striker Romelu Lukaku looked well settled during the team’s opening games. On the other hand, fellow English contender Tottenham Hotspur did what they always do and waited for the end of the window. Sometimes it works, and they get a world-class player for peanuts (Rafael van der Vaart, 2010). Other times, they panic and spend a ton on a player they don’t even want (Moussa Sissoko, 2016). This year, they brought in a much-needed backup striker in Fernando Llorente and shored up their backline with low-key central defenders and Serge Aurier, who looked spectacular for Ivory Coast at the last World Cup but since then has punched a French cop, tweeted homophobic slurs at his own coach, and managed to draw negative publicity even after saving an opposing player’s life during a game.

The reason that Barcelona was running neck and neck with the Cleveland Cavaliers for the most tumultuous summer. The singularly destructive Brazilian striker is capable of slashing through the tightest opposing defense at will and setting up his teammates as well as scoring himself. He has also built himself into a global brand with his good looks and public-relations savvy. That’s why the French team Paris St. Germain spent $263 million to buy his rights. For perspective, that’s more than twice the previous record, set last year when Man United bought Paul Pogba for a measly $124 million. Soccer pundits were ready to slit their own throats when news of the deal dropped. So was Barcelona, who are used to poaching the best players from other teams instead of being poached. The player probably saw a chance to jump ship from an aging champion and become the alpha dog on his own team instead of trailing in the wake of Lionel Messi. It’s all ending ugly, as Neymar blasted Barcelona’s board of directors as incompetent on his way out, while the team is looking to sue Neymar for breach of contract.

Where did Paris get all this money?

Oil. PSG is owned by a consortium backed by the Qatari royal family. Six months ago, the Chinese were doing all the big spending, but this term, it was the Middle Eastern petroleum state. PSG also pledged a reported $215 million more to get 18-year-old French sensation Kylian Mbappé off their nearest rivals at AS Monaco. Qatar just dropped almost half a billion dollars on two guys and is doing precious little to prevent construction workers from dying by the hundreds building their stadiums for World Cup 2022. Their Arab neighbors severed diplomatic ties with them and accused them of sponsoring terrorists last July, too. Since the Qataris don’t want to clean up their act, they’re going to make sure they can’t be ignored.

Dreadful. But doesn’t European soccer have spending limits to make sure teams are financially responsible and don’t throw around cash like this?

Theoretically, but PSG is trying to get around the rules by structuring Mbappé’s deal so that they don’t pay Monaco for the player until next year. Europe’s soccer federation is investigating them anyway.

Wait, Monaco are the defending French champs, but you’re saying they just handed over their best player to their biggest rivals and they don’t even get paid until 2018? Why would they do that?

Maybe. They did use their Neymar money to buy a like-for-like replacement in 20-year-old French attacker Ousmane Dembélé from German club Borussia Dortmund. (Between Mbappé, Dembélé, Thomas Lemar, and Antoine Griezmann, France has mad young offensive firepower right now, even if they failed to score against Luxembourg over the weekend.) Still, Barcelona offered Liverpool insane amounts of money for Brazilian attacker Philippe Coutinho, only to have the English team refuse them and plant the player on the bench when he threw a tantrum in response. The rest of Barcelona’s new additions look underwhelming, and the youth academy that produced Messi and the stars who led them to all-conquering dominance now looks like it has dried up.

Who else lost this transfer window?

Chelsea saw other English teams beat them to the players they wanted, failed to sell a player who wanted out (Diego Costa), and sold off a player the coach wanted to keep (Matic). They also endured the indignity of having attacking midfielder Ross Barkley agree to sign last Thursday then either walk out of or no-show at his medical, and now everybody’s pointing fingers. Everton welcomed back hometown boy Wayne Rooney and promptly watched him get arrested for a DUI, and Newcastle’s billionaire owner skimped on signings and royally pissed off his Champions League-winning coach. Still, the Donald Trump “You Don’t Know What You’re Doing” Award goes to Arsenal, which headed into deadline day thinking they’d offload disgruntled-for-good-reason Chilean winger Alexis Sánchez and replace him with Lemar, only to see both moves fall through. Manager Arsène Wenger neglected the team’s other issues and looks more fossil-like by the season, while team owner Stan Kroenke is too busy neglecting his L.A. Rams to notice.

Why are you neglecting Italian soccer?

I did six months ago, I’ll admit. Partly this is because following the moves in Italy is like trying to untangle kudzu, but some big names changed jerseys this year. Defending champs Juventus saw rivals AC Milan steal away their defensive rock Leonardo Bonucci, though Juve did well to patch the hole with the late addition of World Cup winner Benedikt Höwedes from the German league. Meanwhile, Milan are finally rebuilding after previous owner Silvio Berlusconi (yes, the former Italian prime minister) spent all his money keeping his ass out of prison. The rossoneri’s new recruits include fullbacks Andrea Conti and Ricardo Rodriguez and Turkish attacker Hakan Çalhanoglu, and they locked up Gianluigi Donnarumma to a long-term deal when it seemed the teen goalkeeping sensation was headed elsewhere. Juventus has enjoyed its stranglehold on the Italian league for the last few years, but now they might have serious competition at home.

What about American players?

USA central defender John Brooks reportedly fell out with his coach at Hertha Berlin and went to much-less fancied German team VfL Wolfsburg for $23 million, the record transfer fee for an American player. Young right winger Paul Arriola journeyed north from Club Tijuana to DC United, too. Still, the biggest move for Team USA might just be Dembélé leaving Dortmund because it frees up playing time for wunderkind Christian Pulisic, and he has seized it so far this season. American soccer fans have been burned by overhyped teens before (remember Freddy Adu?), but Pulisic looks more like the real thing every week. This past April, the native of Hershey, Pa., was brilliant in a Champions League loss to Monaco less than 24 hours after a terrorist bomber tried to murder him and his teammates. How’s that for composure? You think this kid will be scared when he faces Argentina or Germany or Brazil at the next World Cup? Tell your friends about this guy.

I will, but what about FC Dallas?

That situation is looking much less happy. The Hoops went into this year thinking about lifting the MLS Cup, and now they’re facing the real possibility of not even making the playoffs. The local team just can’t seem to put things together like they did last year. (It might not matter anyway if Toronto FC proves to be as unstoppable as they currently seem.) At least their midseason slump meant that they were able to hang onto defensive midfielder and Plano native Kellyn Acosta, FC Dallas’ one regular player for Team USA. They added skilled Venezuelan left winger Luis “Cariaco” González this window, but hyped Paraguayan striker Cristian Colmán still hasn’t scored for the team in league play. Should the Hoops scrape into the postseason, they have enough offensive talent to trouble anyone. They have to get there first, though. 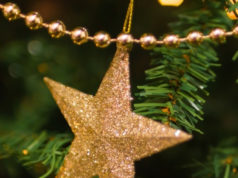