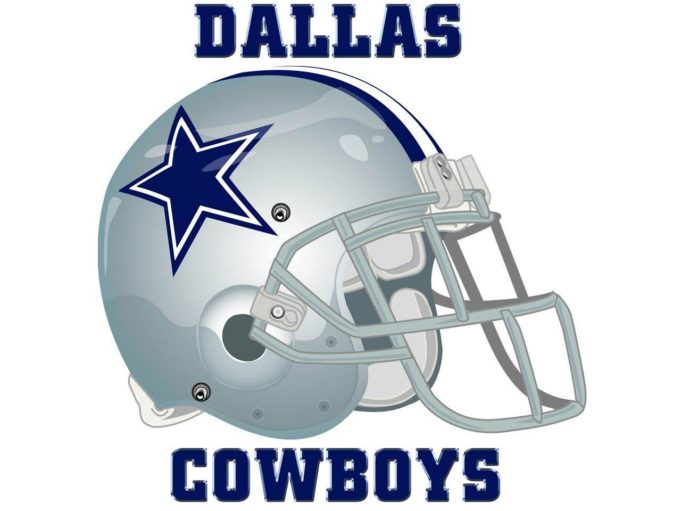 At long last, Sunday saw the 2017 NFL season get officially underway. And in keeping with recent tradition, the Cowboys opened the year against the hated New York Football Giants (not to be confused with any other type of giant from the Big Apple). Going into the game, questions surrounding the availability of each team’s best player – Dallas running back Ezekiel Elliott (suspended suspension) and New York wide receiver Odell Beckham Jr. (ankle injury, diva-ness) – plus the longstanding rivalry and the nail-biting fashion in which previous season openers between these two clubs have ended, promised a great game.

Despite being armed with all the requisite flashing neon and spark-showering explosions that you would expect from the Sunday Night presentation (as well as the blank face emoji-eliciting Carrie Underwood theme song), the broadcast team was forced to make the most of what was actually a pretty boring contest. The Cowboys rode the leg of Dan Bailey, who hit four field goals on the night, to a yawn-inducing 19-3 victory.

Yeah, I know. A win’s a win, no matter the entertainment value, and a win against a division opponent is even more important, but the game was another in a slate of one-sided thrashings offered up by the NFL in Week 1.

With Beckham Jr. in sweats on the sideline, and perhaps the league’s worst running game, the Giants impotent offense struggled to move the ball against a surprisingly dominant Cowboys defense, managing just 49 yards in the first half. They came out in the second half with a long drive that flirted with creating some drama, but once in the red zone, they got a taste of Cowboys defensive end Charles Tapper. In his first NFL game (a degenerative back injury held him out of his rookie year), he sacked quarterback Eli Manning, forcing the G-Men to kick a field goal for their only points of the game. Tapper’s sack was one of four on the night for the normally pass rush-challenged defensive line. Demarcus Lawrence had two sacks, flashing a hint at the player the Cowboys hoped they were getting when they traded up in the draft to take him four years ago. Add to that a forced fumble by Jaylon Smith (another sophomore red-shirted his rookie season) and an interception by Anthony Brown, and the Cowboys defense played a game that surely surprised many fans as much as it must have the Giants.

Though having to settle for their own field goals on four out of five red zone trips, the Cowboys offense seemed to move up and down the field at will. The hardest work was done by Elliott, who consistently trucked into a three- or four-yard gain where a stuff at the line of scrimmage was imminent. Dak Prescott did seem uncharacteristically rattled early. He threw behind receivers a few times and had several balls sail on him. One pass in particular missed an open Dez Bryant crossing in the middle of the end zone by about a foot, a play that surely awakened a favorite refrain of disgruntled Cowboy fans regarding choosing not to run the ball inside the 5 yard line. As he did in several clumsy starts during his rookie season, Prescott would eventually settle down and pull an early lackluster effort into a solid performance by the end. He finished 24 of 39 for 268 yards and a touchdown.

Lacking much of the down-to-the-last-second suspense enjoyed in years past, the game was not completely without its own drama. As well as being the recipient of Prescott’s lone TD pass, Jason Witten eclipsed Michael Irvin’s franchise receiving record, another step toward making an undeniable fact out of the opinion that he’s the greatest tight end in football history. Cole Beasley had his own soon-to-be-legendary catch, a dazzling one-handed grab with the ball pinned to his back, a play that even had noted acrobatic catcher Odell Beckham arch his eyebrows in acknowledgment. There was also the debut of the aforementioned Jaylon Smith, who has battled his way back from a heinous knee injury suffered almost two years ago that many feared should have ended his football career. Playing just shy of 70 percent of defensive snaps, he had seven tackles and the forced fumble. A type of performance that even the most optimistic “experts” hoped he might be able to achieve at some point much later in the season and thought an impossibility in the first week.

It may not have been the game most fans anticipated, the Giants certainly didn’t put up the fight that’s usually expected of them, the game was decided well before the two-minute warning, and the Cowboys coasted to a fairly easy victory. That’s not to cheapen it. This game could very well have significant playoff implications at the end of the year. And I can think of no better way to start trudging into the work week than to wake up with your team atop their division. It’s a generic coach-ism to say that “wins are hard to come by in the NFL,” but it’s true. Even when they’re not.