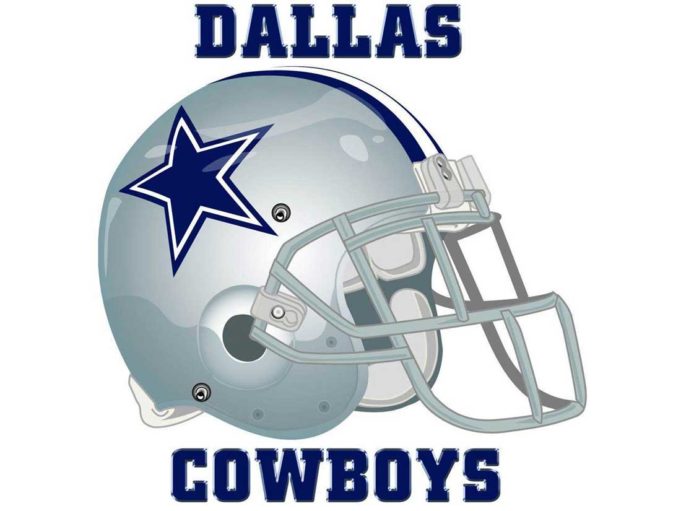 The wait is over. We’ve finally witnessed what the entire football world was longing to see. Monday Night Football is an American institution on par with rugged individualism, crowded shopping malls, and casserole recipes from The Joy of Cooking. By the time viewers were tuned into the broadcast, the usual low simmer of anticipation leading up to game time — stoked by a weekend of media buzzing at higher frequency than your average Week 3 matchup might normally demand — had boiled over and was burning into a hard black crisp on the rangetop.

Monday Night Football is meant to be the climax of the football week, and when one of the teams is the Dallas Cowboys, the league’s biggest viewership draw, the game has even higher significance. For many, the curiosity surrounding this game had little to do with what would transpire on the field. The biggest question going into the game was: How would the Cowboys handle the anthem?

Sunday’s games saw the mushroom cloud outbreak of #takeaknee in response to President Donald Trump’s earlier remarks on players’ protesting during the national anthem. Trump called for the firing of players who kneel during the anthem (an attempt on their part to draw attention to perceived racism and disproportionate violence against African-Americans by police). The president’s words were met with an exponential swell of players emulating the gesture made famous by former 49ers quarterback Colin Kaepernick last season. Beginning with the Baltimore-Jacksonville game in London, entire teams locked arms and put a knee on the ground during “The Star Spangled Banner,” often with coaches and owners in line as well. It was a near-unanimous display in game after game, and it was talked about ad nauseam during pre-game, halftime, and post-game shows. For 14 hours on Sunday, and long into Monday, it was a topic that overshadowed a week of surprisingly good games, many in which the underdog overthrew the favorite.

With largely debunked rumors circulating about Cowboys owner Jerry Jones’ strong feelings about the anthem and even an order for his players to stand, all eyes were on the Cowboys’ sideline Monday night as the world waited to see if America’s Team would stand with hand over heart or join the rest of the league and take a knee.

The answer? They did both. Just prior to the start of the ceremony, the Cowboys, joined by Jones himself, lined the sideline, linked arms, and knelt. Then, just before Jordin Sparks began to sing, they stood and resumed their normal conduct. It was an extremely intelligent move. They managed to both show solidarity with the rest of the NFL in joining the refutation of what many considered to be inflammatory and unnecessarily divisive remarks by the president but also retained the club’s famed stance on decorum during the anthem.

Critics will decry that in doing both, they really did neither, that they simply did their best to navigate through whitewater PR rapids instead of coming down decidedly on one side or the other. Supporters of the protestors will point to the choice to stand per usual as a copout, and detractors will redden with anger that the team seemed to willfully validate the claims the protestors are trying to make. The coming weeks will determine how well the Cowboys’ calculated no stance-stance played out among fans.

I spent a large part of the last week after the Cowboys’ will-to-live-stifling loss to Denver talking myself out of purchasing a shovel to bury the 2017 season. (Yes, that’s right. I’m a full-grown man, with the doomsday clock of turning 40 ticking closer to midnight by the minute, and I do not own a shovel.) But after the 28-17 victory in Glendale on Monday night, all is right in Cowboysland again.

Things did not look good at first. It was well after the two-minute warning in the first half before the offense, which couldn’t seem to stumble its way into a first down, finally got things rolling. They got some help by some particularly boneheaded penalties on the part of the Cardinals defense. Dak Prescott finished a long drive with a leaping somersault dive into the end zone to tie the game, giving the team life that they carried the rest of the way. All of the wrongs in the Denver game seemed to be righted. The O-line remembered how to block, with center Travis Frederick helping push a possessed Dez Bryant across the plane while carrying five Cardinals defenders. Zeke was fed, full to bursting. The defensive line covered for a fledgling secondary by picking on the Cardinals’ injury-depleted O-line and tagging Carson Palmer for six sacks, three by Demarcus Lawrence (he had another wiped out by penalty), who is giving the Cowboys plenty to consider in re-signing him in the offseason. (Could Jerry have finally found his “war daddy?”)

Things might be back to normal on the field, but as the Cowboys host the Los Angeles Rams on Sunday, with all the commotion about flags and knees and patriotism, I have no doubt the world’s attention will, at least in part, be focused on what happens before the first snap.