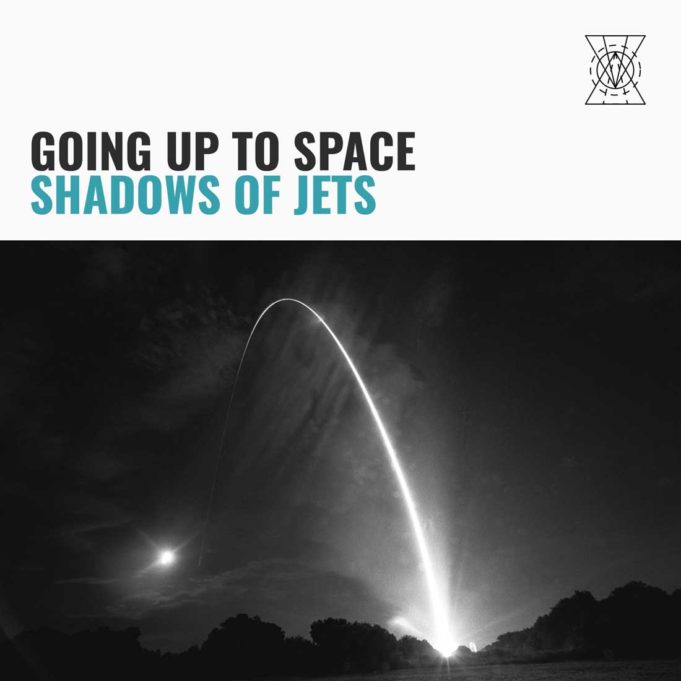 On Friday at a show at MASS, Shadows of Jets officially dropped their latest recording. The four-song EP Going Up to Space is the first thing they’ve put out in four years, though the band’s story goes back a little further than that.

Frontman and producer Taylor Tatsch wrote an album’s worth of songs about seven years ago, he said, and then formed a band and built a studio to record them. Audiostyles was originally in Colleyville, and the band’s self-titled 2013 debut was one of the spot’s first products. But in the four years between then and now, Tatsch relocated his family to Austin, where he also rebooted Audiostyles in a bigger and better space. With his new digs came new business, which partly explains why it’s been a while since SoJ has put out new material. He’s also continued to be a popular sideman, playing guitar for pop star Luke Wade’s touring band, as well as local rockers Cut Throat Finches.

“It didn’t feel four years,” he said with a laugh. “I think family and playing with other folks sometimes take some focus away from your own music. I had eight or nine songs for the project, but I wanted to whittle it down to the best ones I had.”

Like Shadows of Jets’ full-length debut, the new EP was basically a way for Tatsch to test out his recording capabilities. Eventually, he was able to find a scheduling window that worked for him and co-producer Toby Pipes (Calhoun, Deep Blue Something).

Tatsch has a real talent for writing potential hits, and along with the pop-friendly ear of Pipes and mixing engineer Nolan Thies (Nations, Little Black Dress), any of Space’s tracks could find their way on the radio. You could file Shadows of Jets in between the power-pop of Fountains of Wayne and grit-pop of Toad the Wet Sprocket, with plenty of chiming guitar chords that remind you of R.E.M. The EP is full of hooks bolstered by gorgeous harmonies and tasty guitar solos, and it’s easy to listen to it on repeat.

Despite his move to the so-called “live music capital of the world,” Tatsch still gravitates toward Fort Worth- and Dallas-based musicians.

“There is so much talent in this town, and I’m lucky I’m able to get great players,” he said. “It sucks that I don’t live in Fort Worth anymore, but Fort Worth is really special.”

As last Friday’s show would attest, Tatsch makes it up here often enough anyway, but even when he’s back home in Austin, he gets a lot of work from Cowtown. He’s currently working with locals Cody Lynn Boyd, Panic Volcanic’s Ansley Dougherty, the Cut Throat Finches, Vodeo, and Dead Vinyl.

“I’ve been lucky to have a lot of good musicians put their trust in me,” he said.

Their loyalty, he added, is “very flattering.”