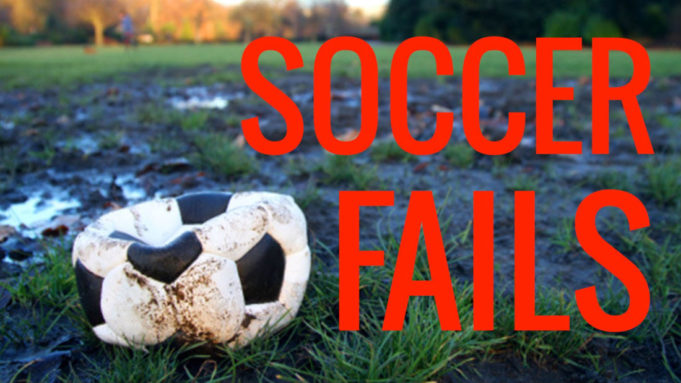 Hello, everyone! It’s me, your friendly neighborhood soccer expert, here to help you process your grief and humiliation after the U.S. men’s soccer team was eliminated from the 2018 World Cup tournament, missing out on the big party for the first time in 32 years. It’s ugly up in here right now. Let’s dive into it with our usual Q&A session.

What the @#$%^&*(*&^%$#$%^&*&^%$%^Q@#$%^&*(*&^%$%^&*(*^%$#$%^&^%$#?
After a big victory over Panama on Friday, USA entered its last qualifying match against already-eliminated Trinidad and Tobago in a great position, needing only a draw to be virtually assured of progress. ESPN’s Soccer Power index ranked USA’s chances of making the World Cup at 93%. For USA to crash out completely, they would need to lose, while Panama would have to beat Costa Rica and Honduras would have to beat Mexico in their final games. Well, that’s exactly what happened, as both Mexico and Costa Rica (having already qualified for the World Cup and having nothing to play for) blew leads on the road. Now Panama is safely in, while Honduras will have to win a playoff against Australia next month. Meanwhile, Iceland, a country with a population comparable to Corpus Christi’s, has already made the World Cup from Europe, which is significantly harder to qualify from than North America. Let that sink in for a second.

Seriously, what the ✪␦♡♜🀾🀉⚰⊿▚☢☠⛑⛤☔★?
I take your point. International soccer is high-variance, small sample size blah blah blah. The bottom line is, given the talent levels of the teams involved, there’s no excuse for USA finishing behind the Central American countries. Tim Howard looked his age in goal, and neither his putative replacement Brad Guzan nor anyone else made a convincing case to take his spot between the sticks. A lot of highly touted youth prospects from four years ago (Tim Ream, Omar Gonzalez, Danny Williams) only got four years older, and while any big country at any time has young players who don’t pan out, not enough of ours came good. This points to something systemic in the way we develop our youth players. Additionally, the U.S. Soccer federation brought in retread Bruce Arena last year to replace the fired Jürgen Klinsmann, and he made a number of odd decisions, like putting in Clint Dempsey at halftime during the Trinidad game. It was an understandable move, with USA playing as bad as I’ve ever seen in the first half, but it also moved Christian Pulisic away from the middle, where he’s less effective. In the wake of the defeat, Arena said nothing needed to change about American soccer. That ought to be grounds for firing him right there.

Apart from everyone connected with U.S. Soccer, who loses as a result of USA failing to qualify?
Fox Sports, which was already flailing in its quest to usurp ESPN. The network shelled out nine digits to buy the TV rights for the next few World Cups, and now its first-ever World Cup broadcast to America will go ahead without America playing. Getting TV ratings already figured to be a challenge with the time difference of the games being played in Russia. Now the viewership might be microscopic. Fox Sports does have the rights to World Cup 2022 as well, but will the network still even be there by then? By extension, additional losers include me and everyone else in America who covers soccer. I’ll still blog about the World Cup next summer, but I can count on fewer eyeballs reading my coverage when that happens.

Yes, I’m sure the USA soccer players are crying themselves to sleep right now thinking about you. Is there anything to take the sting out of this?
The biggest casualty of World Cup qualifying so far is the Netherlands, which finished third in its qualifying group behind France and Sweden. When asked about the possibility of Sweden notching a lopsided victory over Luxembourg to improve their goal differential, Netherlands coach Dick Advocaat said, “Don’t be stupid! Sweden will not beat Luxembourg 8-0!” A few hours later, Sweden had beaten Luxembourg 8-0. The Dutch can claim that, as a nation of only 14 million people, the talent’s not always going to be there. (And if they do that around you, you can say that USA has won as many World Cups as the Dutch have: zero.) Wales, after a great showing at last year’s Euro tournament, also got edged out by Ireland. Traditional African powers Cameroon, Ghana, and Algeria will also be watching from home. Elsewhere, Gabon blamed its World Cup failure on orange juice, really. When Bosnia-Herzegovina learned that they were out, their fans fired signal flares onto the field in Estonia, a very colorful and also very dangerous way to riot:

Does anybody win from this?
Klinsmann can now point to this result and say he wasn’t the problem. U.S. Soccer president Sunil Gulati hasn’t yet said whether he’ll run for re-election in February, but he already has a challenger in former player Eric Wynalda. Others may follow and see a winnable position. Australia has to be giddy over facing Honduras instead of USA for a World Cup spot. Soccer’s not as popular Down Under as many other sports, but the Aussies do rally around their national teams, and the atmosphere at ANZ Stadium in Sydney will be electric when Los Catrachos visit. Also, it’s a great time to be a Mexican soccer fan. On Monday, they celebrated watching the Netherlands (which eliminated Mexico at the last World Cup) crash out at the group stage and awesomely trolled the Dutch. Now they get to savor the same thing happening to their bigger, richer neighbors and know that they had a hand in it, beating USA in Columbus two days after the presidential election and probably thinking, “¡Tómalo, Trump!”

Who will be USA’s next coach?
Fun question! Let’s eliminate the ones who are currently employed by national teams or big European clubs, because thinking Josep Guardiola or Antonio Conte might come to the rescue is a pipe dream. There’s some statistical evidence saying USA is inconsistent no matter who coaches, but it’s not as if we have much to do except speculate now:

Laurent Blanc: Pros: He won the World Cup playing for France in 1998. He has some English as a result of spending three seasons with Manchester United. He impressed during his first coaching stint at Bordeaux and then revitalized a demoralized France team in 2010. At 51, he’s young enough to take on a rebuilding project. Cons: Coached too conservatively at Euro 2012 and was probably at fault for France’s loss. While he won lots of trophies at his last stop at Paris St.-Germain, some still argued that he underachieved because of his team’s huge financial advantages.

Guus Hiddink: Pros: Proven track record of getting teams to overachieve on the international stage (South Korea in 2002, Russia in 2004, Australia in 2006). Fluent in English. Other coaches his age are past it (Fabio Capello, Harry Redknapp, Louis van Gaal, Sven-Göran Eriksson), but Hiddink’s last job as an interim manager at a flailing Chelsea team wrought immediate improvements. Cons: At 70, is he too old to take on a rebuild? Also, he cheats on his taxes.

Manuel Pellegrini: Pros: Currently coaching a team in the Chinese league, so taking on USA would be a step up in prestige. Consistently got unfancied club teams to underachieve (Villarreal in Spain, San Lorenzo in Argentina). Won the English Premier League with Manchester City. Speaks some English. Has a distinguished head of gray hair. Cons: Despite that one league title, most think he should have done more with that team’s financial advantages. Failed during his stint as head coach of Real Madrid. Doesn’t seem to have a great record with teams that are expected to win.

Peter Vermes: Pros: Coaches a consistently watertight Sporting Kansas City team. Familiar with the setup here in America. A former player for USA, so there’d be no doubts about his commitment to the cause. After seven years at his current post, may very well deserve a shot at a bigger one. Cons: After Arena’s failure, the stock of MLS coaches is in the toilet right now, hence the preponderance of foreign names on this list. Would U.S. Soccer be willing to dip back into those same waters?

Jill Ellis: Pros: A left-field pick whose hiring would generate headlines around the world. Coached USA to victory at the Women’s World Cup two years ago. Adjusted well to her team’s injuries and suspensions, not to mention the wheels falling off Abby Wambach. At age 51, young enough to take on a long-term project. Cons: Not the most imaginative tactician. Would she view taking on the men’s team as a step down from the women’s?

Bringing the Curtain Down on the Rangers’ 2021 Season