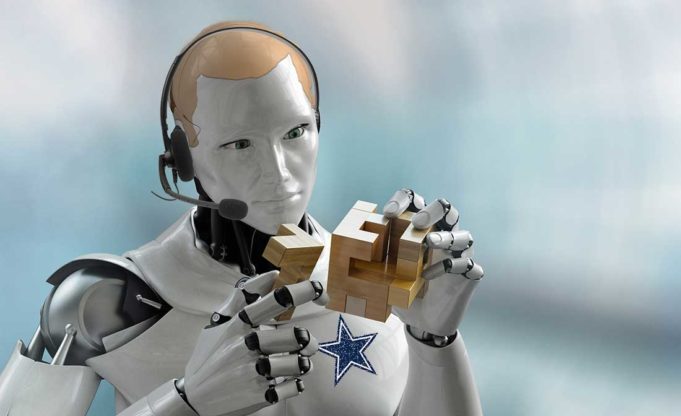 We knew going in that playing without him would be a shaky proposition. He’s been gone only two games, but it feels like an eternity already. The result without him in uniform? A bile-flavored 0-2 record after back-to-back ass-whoopins, including a 27-7 thumping by the Falcons in Atlanta in Week 10 and a Theon Greyjoy-type torture session by the trash-pigeons at home on Sunday. Hard to believe the loss of a single player could have such a devastating effect on a team’s ability to move the ball, that without one player, the Cowboys’ normally high-octane, mag-wheeled, muscle-car offense would be reduced to the impotent squeak of a ’70s banana skateboard with rusted bearings. The “him” I’m talking about is, of course, All-Pro left tackle Tyron Smith. (What? Who’d you think I was referring to?) The four-time Pro Bowler added a tweaked groin to his already lingering back issues in Week 9, and that’s put him on the shelf for two of the Cowboys’ most difficult opponents so far this season. And this team is just not the same without him on the field.

Sure, there was a significant impact from the gavel’s final strike in the Ezekiel Elliott courtroom drama, which launched the star running-back’s six-game suspension, but not nearly as much as the absence of 77. The defense also suffered a major blow, losing All-Pro middle-linebacker Sean Lee to a hamstring injury in Week 10, leaving a similar singularity-sized hole on the other side of the ball. Factor in the inconsistent place kicking of Mike Nugent, who replaced the NFL’s all-time most accurate kicker Dan Bailey, who suffered his own groin injury in Week 7, and I wouldn’t blame Cowboys fans for feeling as if there’s some sort of silver-and-blue voodoo doll sprouting mojo pins on a weekly basis. It’s not just that there’s been a lot of players missing (there has been). It’s specifically who they’re missing. Adding up Elliott, Smith, Lee, and Bailey, there are 15 Pro Bowl or All-Pro selections. Not exactly having to forgo your backup special-teams gunner.

Every team has to deal with injuries (and suspensions), often significant ones. Yet while other teams can seem to maintain some semblance of their identity and remain somewhat competitive, the Cowboys just can’t. The difference? In my opinion, it has everything to do with how the guy on the sideline wearing the funny headset handles it. Coach Jason Garrett, who’s aggravated fans and media alike for seven years now with his patented robotic, simplistic, repeatable coach-speak –– so much so that it’s become a running joke that he is, in fact, an actual robot –– has a binary code catchphrase for every situation. His favorite for dealing with injury? “We have a next-man-up philosophy.”

It’s the sort of nauseating market-tested, noncommittal response that coaches have been using for a hundred years. But in the case of Garrett, it’s not some Svengali diversion to disguise any sort of strategic planning that he’d rather not share to risk tipping the hand of the Cowboys to their opponent. No. It’s simply all he’s got. He means it literally. Regardless of circumstance, he won’t (can’t) make adjustments. It apparently doesn’t matter if your “next man” left tackle, Chaz Green, is doing his best matador impression and olé-ing Falcons defensive end Adrian Clayborn to ring your quarterback’s bell five times before you replace him (or even put a tight end on that side to help him out), you stick to your plan.

Take a look at the Cowboys’ five losses: At the half, the team was leading in three of them and behind by just a field goal in another. Obviously, while you’re getting a beer and another plate of nachos and ignoring the halftime show, the opposing coaches are adjusting their game plan. After the break, the other team comes out in the third quarter looking very different. They try new things, new schemes, and the Cowboys just can’t react. By the time it hits them, the game is out of hand. Garrett and his staff are failing this team.

I have no doubt that Coach Garrett is a great leader and that the men in that locker room are inspired to play hard for him. But that counts for only so much in football. In a league where not much separates the teams that are contending for Super Bowls and those vying for the No. 1 pick in the draft, the difference often comes down to coaching, how you react to in-game situations, how you find and exploit your opponents’ weaknesses and limit their strengths. Garrett has proven time and again that he’s just not capable of doing this.

The problem with robots is that they can do only what they’re programmed to do. Their capabilities are limited by the string of ones and zeros you put into them. The Cowboys need to invest in some A.I. that can learn and adapt as it’s exposed to new situations. Winning and losing are both contagious. And with the Cowboys mired in loss-column quicksand, what’s needed is some actual coaching adjustment to pull them out. 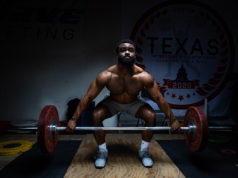