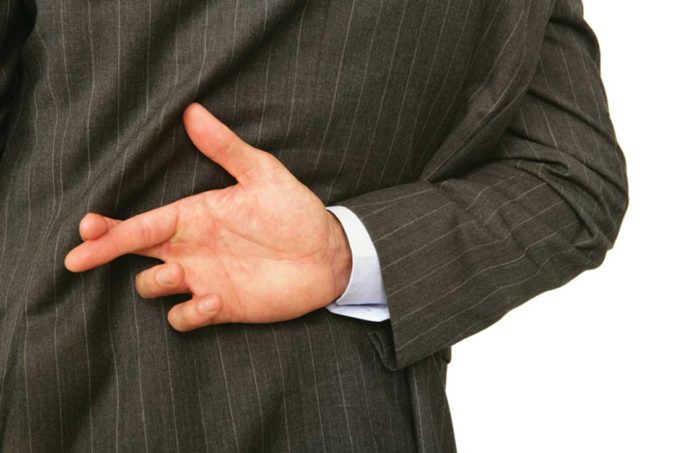 A few years back, Texas actor Barry Corbin described to us how he and a late manager worked on a handshake deal between them for decades without signing a contract and without fallout. There’s something admirable and very Texan about two people looking each other in the eye, shaking hands on a deal, and never reneging.

A local guy –– we’ll call him Tex because he wants his identity withheld –– feels like he had a similar deal. Tex shook hands and signed a contract about 20 years ago with a human resources officer representing the City of Fort Worth. Now that deal is being broken, he said.

“I don’t trust them any further than I could sling a piano,” he said, which is why he asked that his real name be protected. He’s afraid to be kicked off his health plan.

Tex retired from the city a couple of decades ago. His wife worked for a different employer and was covered under a good health plan. But city policy required Tex to put his wife on his city health plan upon his retirement.

“The wife had a really good job that paid for her insurance,” he recalled. “But the retirement board said if I were ever going to put her on my health insurance, I had to do it right then or I couldn’t do it ever. That was the city’s rule. So I did it.”

That longstanding rule was changed this year.

The cost of Tex’s insurance rose about $100 back then but over the years had climbed to nearly four times that amount, he said.

Tex would have preferred to keep his wife on her employer’s health plan. And he figured the city would have come out better as well.

“Keeping her on her employer’s insurance could have saved the city money,” he said. “It didn’t make any sense to me. I said, ‘Even though she has good insurance right now, I can’t come back in five years and put her on my insurance and save the city money in the meantime?’ They said, ‘No, it’s now or never.’ ”

Flash forward to this spring. City officials told the Fort Worth City Council that the soaring cost of employee healthcare plans was busting the budget. Brian Dickerson, director of human resources, said the previous fiscal year had been “very bad” because of rising healthcare costs. The city had reached into its reserve fund to cover going $15 million over budget.

Changes were going to have to be made to the health plan to keep from seeing similar shortfalls, city officials said in March.

Changes were made indeed.

A few weeks ago, retirees such as Tex received notice that their spouses’ healthcare plans were in danger. Those literal and figurative handshakes made years ago might be worthless after all.

“The wife got a letter in the mail saying they were cutting off her [city-funded] insurance,” Tex said. “I was so goddamned mad. I couldn’t go to City Hall. I was too mad.”

Why were you so angry?

“Don’t change shit on people,” he said. “If you make a deal, you make a deal is the way I look at it. We shook hands, we signed papers, and then 20 years later, they up and changed the deal arbitrarily. She had to start digging for insurance that we could afford and was good insurance.”

The updated policy, according to a city spokesperson, requires working retirees and working retiree spouses who are eligible for benefits with their current employers to leave the city’s plan and elect for coverage with their current employers. Should that coverage be lost in the future, they can return to the city’s plan within a 30-day time period.

“Therefore, if the retiree’s wife in question is not eligible for coverage with her current employer, then she is NOT required to be removed from the city’s plan,” the city spokesperson emailed to us.

We relayed the message to Tex, who wasn’t impressed.

“The city doesn’t keep their agreements,” he said. “They want us to believe that, later down the road, spouses will be able to get back on city insurance. Why should I believe that? They’ve already gone back on their word. It’s double-speak.”

City officials say policy changes were necessary for many reasons, including:

1. Medical costs of city employees, retirees, and dependents are projected to exceed budget by $10 million in the current fiscal year.

2. North Texas is an expensive healthcare market compared to other parts of the country.

And 3. Fort Worth’s population of pre-65 retirees is growing, helping to push retiree healthcare from an annual cost of $3.8 million in 1990 to $32.5 million in 2017. Current trends could increase costs to $64 million in 2021 as technology continues to provide better care, thus elongating lives.

A city spokesperson described these costs as unsustainable and requiring action.

“The city’s healthcare plan is a shared expense by the city and the plan members, so it is important for all of us to keep it affordable,” the spokesperson said. “Putting more money into the plan will not have any effect on the long-term trend, so city management is looking at other alternatives.”

Remember how the city forced Tex to move his wife to his healthcare plan all those years ago when he retired? Now, according to city policy, a retiree doesn’t have to shift his spouse from her employer’s plan to his city-funded one.

That ought to make Tex feel better.