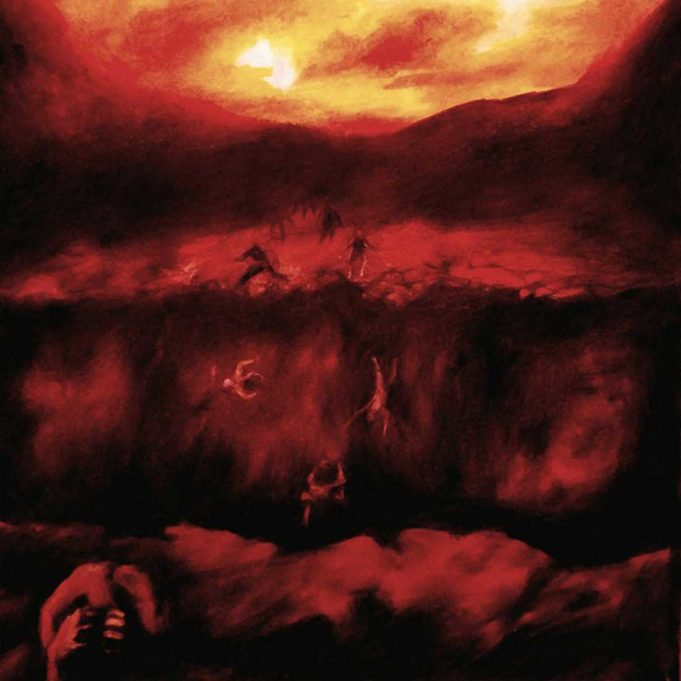 If you’re in your early 20s and subsist chiefly on a steady diet of memes, you may not realize that the word “emo” was once, long ago, more than a spectrum of melodramatic fashion choices and hairstyles popular when you were in junior high. Long before the flat-ironed bangs and summer jobs at Hot Topic, the word applied to a bunch of indie rock bands from the ’90s that popped up in the Midwest, Seattle, and New York when punk went mainstream. The bands had names like Braid and Hot Water Music, and their singers belted out cathartic, confessional lyrics over guitars that careened from introspective, clean arpeggios to waves of distorted chords. Before selling millions of pop-oriented records, this is what Jimmy Eat World used to sound like.

A couple of decades passed, during which emo co-opted goth fashion cues, evolving into a highly marketable fad and then crashing into a comedy goldmine. But those original bands, themselves formed by fans of Nirvana and Fugazi, made an impact. And now, about a quarter of a century later, musicians who were way into Jawbreaker and Drive Like Jehu when they were kids have started a revival of sorts. In my mind, that partly explains how The Sunset Limited came about.

This newish four-piece came together over a shared love of the “classic” emo bands like Sunny Day Real Estate and Mineral. The band rose from the ashes of a short-lived punk-leaning band called American Salvage, crewed by bassist Ramey Couey, guitarist Elliot Jones, and drummer Jake Norgaard. American Salvage dissolved when Jones moved to Portland, but he returned and started jamming with his friends again, adding Denton-based guitarist Ryan Schefsky to the lineup.

Occasional show-promoter Marcial Martinez asked them to put together a set of ’90s emo covers for one of his Panther City Pep Rally tribute concerts, so the guys learned a set of songs by Texas Is the Reason, Christie Front Drive, and others, performing under the name Knapsack.

“We did that for three months, really practiced at it,” Norgaard said. “And when the show was done, we were like, ‘Let’s write our own shit,’ and it just rolled out from there.”

The Sunset Limited practiced for about a year and a half before playing a show. Their first one was at The Grotto last August, but they’ve made good use of the time in between, recording a self-titled three-song EP with Britt Robisheaux (Pinkish Black, B.J. Thomas) at Cloudland Recording Studio that debuted a couple weeks ago. Though they’re working on new material for a full-length record, Jones said they currently have a short set of about six songs.

Along with a short set, the band’s shows have gravitated toward smaller gigs at nontraditional venues like Denton’s Midway Mart, a convenience store/beer bar that hosts occasional shows. Last week, the band went on a mini-tour of Denton, Austin, San Antonio, and Stephenville, which included some off-kilter spots –– they played a tiny punk house in San Antonio, and in Stephenville, their show was at a country club.

“It was an after-hours thing,” Norgaard said. “When we drove by the next morning, there were golfers out.”

The quiet/loud song structures and Jones’ and Schefsky’s Marshall half-stacks make for a loud live experience, so smaller venues lend themselves to maximum impact. Norgaard said they’d all prefer a show where “everyone is really close.” As such, their next show is at Killer’s Tacos in Denton on Sun, Feb 21, where they’ll probably shake the shop’s backstock loose from the shelves. As for their new EP, they have CDs available for sale at shows, and it’s also available for streaming via The Sunset Limited Bandcamp page.