The city of Crowley proves to be the perfect location for The Heir, an upcoming film about a young man dealing with generational family drama and finding himself via an inherited storage unit at a yard that’s set to be demolished. Suddenly forced to sort out his problems by quickly sifting through his inheritance, main character Tom is accompanied by a handful of other unit owners who all take a different approach to the problem, ranging from auctions to bonfires.

Producer Ari Krupnik said, “Crowley has the exact right feel.” New to the film world himself, the 40-year-old Californian wanted a location that had some history and a small-town vibe because the story delves in both the present and more than a few generations back. About a year ago, he left Tesla after working there for two years, and packed up and moved to Plano, his wife’s hometown. The biggest difference, he said is expansion. “California has little to none, but North Texas is a happening place,” he said, “and it feels like a place to build a life and start my new career in the realm of film.”

Krupnik wanted to be more creative and work more with people than machines. “I learned in my engineering career to start small, so I designed the film as a prototype of what possible future projects might look like,” he said.

It’s a 90-minute feature shot in one location, which makes it relatively inexpensive. The Heir is set to be released this summer.

While not every role has been cast, Krupnik said he saw lead-role quality in actor Dalton Elza. The 28-year-old Mesquite native had moved to Michigan to study theater and speech communications at Siena Heights University but returned after graduation. Searching Facebook groups for acting gigs is how he met Krupnik. Elza appeared at Krupnik’s open house casting call, and the two hit it off. “He asked me what was in my symbolic storage unit and liked the answer I gave,” Elza said.

With his star found, Krupnik still needed a location. He reached out to Rick Meyer, who owns several storage facilities in the area and was enthusiastic to help. After viewing some facilities, they agreed on 1187 Self Storage. “When looking for a storage yard to use as location, we found that each was unique,” Krupnik said.
“To a rancher, every head of cattle is different. We quickly learned that many locations — what with all the new construction — were simply too new to fit in our story.”

The location was built about 35 years ago, when Crowley was more rural, but now the suburbs are closing in on it. Krupnik said the symbolism of the setting helps bring the story to life. “It drives home the urgency for the protagonist to deal with his backlog of issues before the construction crew comes and deals with it for him,” Krupnik said.

Elza moved back to Mesquite in July and has been involved with the film since he met Krupnik about a month ago. He’s also currently involved in Rockwall Community Theater’s production of Lend Me a Tenor this May. He said he’s excited to be part of The Heir because it’s a relatable story about problems inherited from family, a situation he’s currently dealing with himself. “There’s a lot of symbolism in the story,” Elza said. “Tom realizes he has to deal with his family issues and needs to find out where he comes from to move forward in his life.” 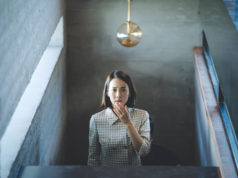 A Beginner’s Guide to Korean Cinema 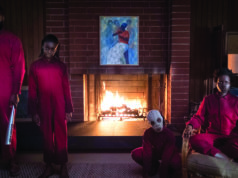 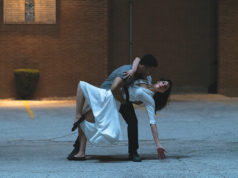