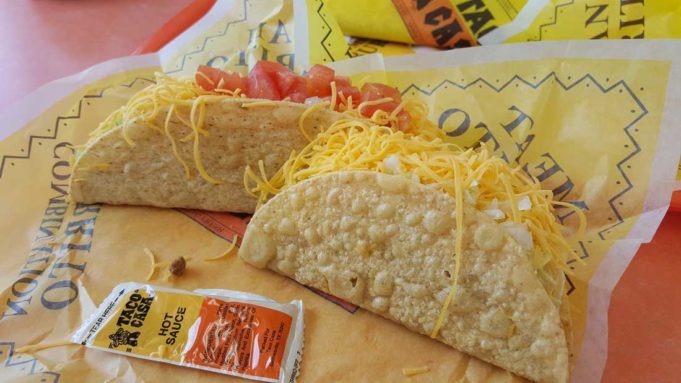 I’m not a huge fan of fast food for two main reasons: 1.) I’m not 9 years old, and 2.) I don’t want to die young. But, like many of life’s travelers, I occasionally find myself on the road or just out of options, and I’m forced to choke down moist cardboard-tasting pseudo-food created in a lab. I don’t like to admit it, but I can occasionally (read: when drunk) crave the grease-soaked artery clog of a Whataburger with cheese.

Knowing my contempt for any foodstuff with more preservatives than ingredients, a friend of mine was still floored when I told him I’d never been to an Arby’s. I’d been seeing those “We have the meats!” commercials cycle throughout my TV every 8-12 minutes for the past few months, and I asked a simple question: “Who the f*@$ eats at Arby’s?” Next thing I knew, my buddy was shuttling me out near his Lake Worth home to “try the meats!”

I feel like I wasn’t afforded a representative visit at the Clifford Street Arby’s (9441 Clifford St, 817-367-1900). It was too nice, and my understanding was the building would be shaped like a hat. This Arby’s looks like a brown box on a concrete island. Whoever branded that company loves the color brown – it’s like that person invented new shades just to decorate the franchises.

The nice young man at the counter seemed genuinely caught off guard when I asked, “How are you?” He laughed sheepishly. As I looked around to answer my earlier question, people from all walks of life had packed into the surprisingly chic dining room, replete with framed, modern-looking art and hanging sconces that might be repurposed plastic capsules stolen from a bank’s drive-through. 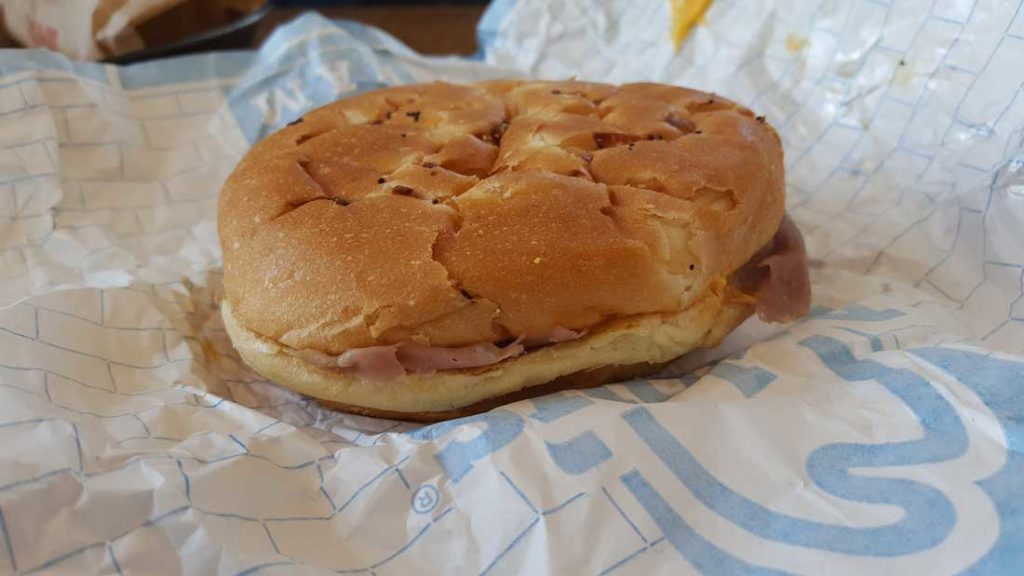 The food was better than I expected. My Beef ’n Cheddar sandwich ($6.69 for the small combo) resembled something I’d use to clean pots back when I was a dishwasher. The flat, lifeless disk of sesame buns held within a thin, indiscernible layer of gray-ish meat and orange liquid cheese. (I imagined pureed Cheetos.) It looked like prison food, and it tasted … not bad, actually. The cheese overwhelmed everything, and my pal insisted that I coat a few bites in Arby’s battery-acid-like sauce. But the sandwich was infinitely edible.

Even better was the gyro ($6.29 for the small combo), with decent-looking tomatoes, shredded iceberg lettuce, red onions, more gray meat, and something vaguely resembling tzatziki sauce, all wrapped in reasonably fresh-tasting pita bread. The showstopper, though, was the order of curly fries: crispy, seasoned, and addictive.

I felt a little dirty, like I’d need to cleanse myself with duck l’orange or something, but not dissatisfied. On the way home, we passed a Taco Casa (6105 Lake Worth Blvd, 817-239-7755), and then immediately u-turned after I casually mentioned (buoyed by my Arby’s tolerance) that I should try that some day.

“Why not?” I thought. I was already going to the gym the following day to exorcise “the meats!” through exercise.

Now I’m off to the gym and duck l’orange – or maybe a different colored flavor of duck.