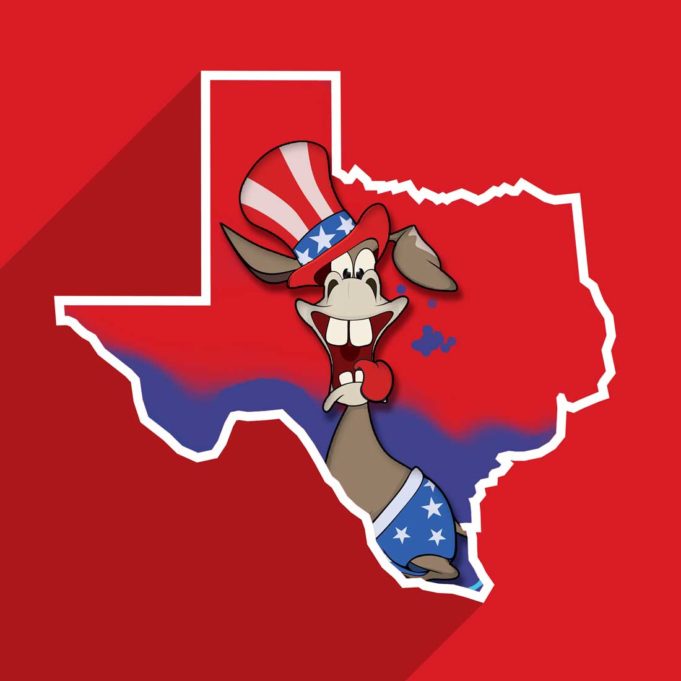 Confidence is high among Democrat-supporting folks across Texas and has been since they emerged from the doldrums of their post-2016 election toxic shock. Yes, for the past year or so, left-of-center writers, bloggers, social media opinionistas, and low-interest voters have been characteristically bullish about the chances of turning Texas blue in the 2018 midterms this November. I say “characteristically,” because we have been here before a number of times –– about every four years for some time now. This time, Dems feel something different in the air, perhaps a miasma wafting from Washington. They have their indefatigable boy-man storming across the state on a nonstop whistle-stop, on-top tour of every town and city. Hell, he even speaks Spanish better than his opponent, the Hispanic incumbent who scrubs himself with a big ole bar of ’Murica (“The soap that brings out the Pilgrim in everyone!”) every time he emerges from his cave, which is seldom at best. It’s a cause for confidence, then, among the Texas Dems, who are surely the Chumbawamba of state-level politics. Except for the facts and election results. Damn that pesky reality.

I’ve been a little harsh on our valiant, selfless public servants, you say? They have a right to reply and for their thoughts to be shared with the reader, you say? I agree. I went through the same channels for Beto O’Rourke that bore fruit when he consented to be interviewed for a healthcare article I wrote a few months ago (“It’s a Right,” Nov 2, 2017). This time, I came up dry, despite signs from his press person that he was willing and able to answer my questions. I guess this time around, Team Beto is busy making waves (or all at sea). For Rafael Eduardo Cruz, I went through his local office and his Congressional office – two different ways – all the way to his scheduler. At least his staff spared me the tease of feigning interest in making a contribution.

I have a mental image of Beto way offshore of Galveston, atop an azure surfboard, mastering an overhead, with all kinds of time to cast his eyes over his sinewy torso – honed by the bear pit of politics and on the roads where he literally runs for office, replete with groupies panting simplistic questions in his general direction from a few feet back ’cos Beto is born to run. In reality, the wave is an ankle biter. Meanwhile, onshore Ted reclines on a star-spangled beach towel, unpicks his budgie smugglers from his ass crack with one hand while, with the other hand and long-practiced disinterest, relieves his belly button of the lint that has gathered there, which likely contains traces of guano, rock dust, and the residue of Yankee food like hot dogs and potato chips – but not tacos, definitely not tacos.

In the interests of backing up my coarse rambling with facts, consider these: The Texas primaries on March 6, 2018, saw 1 million votes cast by Democrats. This represents an impressive doubling of the number of votes in the 2014 primary. Whoa! That wave is a-comin’! Not so fast. The Republican primary vote this year was 1.5 million. So, you see, even on their best day, with a motivated base, good organization, and an infamously dislikable incumbent, the Dems don’t come close.

Blue wave come November? Good luck with that. But, hey, go vote ’cos you have the right and stranger things have happened, all too recently.

O Say We See (What You Did There) 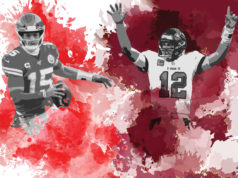 Super Bowl LV: The GOAT vs. the Kid