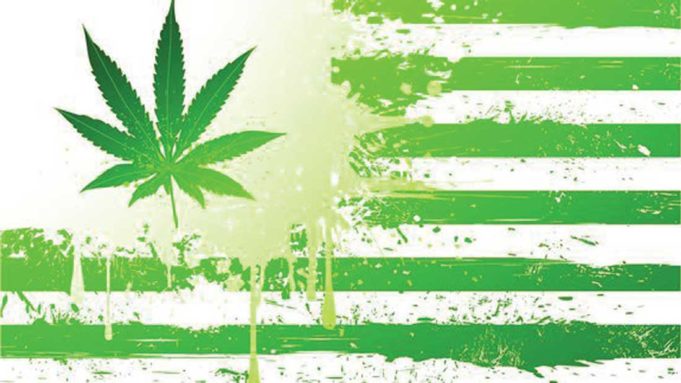 You’ve got to love pot, right? Or weed, as I prefer to call it. I came a little late to weed. I was still playing all the sports over-energetically through my late teens, not realizing the eschewed opportunities congregating in the dark recesses of the local park. My first dabble with a doobie came during my second year at college. I was out of my college town at a school friend’s birthday party. We were in dorms at the end of a memorable night of drinking to forget. Out came the weed, first in pipe form, which was a mystery to this noob, then in the familiar if untasted spliff variety. In Europe, spliffs contain weed and tobacco, ensuring that they last longer and can be passed around more times per roll. The custom, as I quickly came to realize, is to take a few long, deep draws, or hits, on the spliff. None of this one-toke-and-pass-it-on nonsense. Though bogarting is discouraged, it is called on the fourth draw rather than the second.

With typical assiduousness in all things forbidden, I made up for lost time by spending pretty much every day of the next 10 years smoking weed – spliff, pipe, bongs both formal and homemade (half of a large plastic soda bottle, some aluminum wrap, and a vessel half full of water), hot knives, very occasional cakes, and on one occasion an ill-advised coupling of weed with plain yogurt.

I was not “hooked” on weed. I smoked it every day because I enjoyed it and because I was unhappy with life and had ceased to play most sports, save for soccer, wherein I turned from Golden Boot-winning striker to heroic backstopper on the back end of a knee injury. Turns out that keeping goal while stoned, far from dulling the senses, affords one a state of calm that might best be described as “all kinds of time.” My daily doobies took me to some interesting places, both physically and figuratively.

Shouting a code word through the mail slot of a heavily gated apartment door to be greeted by obscenities, refusal, and the sound of weapons being cocked from the window above was one of my more hair-raising episodes. As was the New Year’s Eve spent sprawled across the back seat of a friend’s midsize sedan as he somehow negotiated the 40-mile drive from Oxford to West London. How he made it, I have not the faintest idea. For lunch that day, we had feasted on some White Widow –– bud sprayed with THC. This herbal remedy was so effective it sent this by-then-seasoned smoker to a place adjacent to the deepest acid trip I had ever experienced. I was clinging to the back seat’s upholstery to keep me connected to the physical realm, though barely. My friend, a guy with whom I smoked regularly, had the same kind of tolerance for weed as I. Somehow he maintained his motor skills while I had to focus to control my bowels. I shit ye not. It was epic.

Having touched the banlieue of the topic of gateway drugs, let us go to downtown with this. Weed is no more a gateway drug than Budweiser is a gateway beer. Sure, when I first started drinking, it was the lighter, lower-ABV stuff that I tried, and, yes, I have gone on to have a long and distinguished drinking career that has largely featured stronger beer. That did not happen because the cheaper, less tasty, lower-alcohol stuff got me hooked and I was chasing the ever-stronger buzz, or the faster route, to forgetting. And, yes, during my 10-year career as a daily weed smoker I “graduated” to acid, amphetamines, coke, and stuff. I dabbled. For a while, I partied on amphetamines and checked their roll with weed. It was the perfect double act, speed being Stan Laurel to weed’s Oliver Hardy. And then I stopped, mainly because I was happier and more physically active, and I had been there and done that. I still toke the pipe occasionally at parties, when it is around, but I have not shouted through a mail slot for a long time.

So, yeah, legalize weed because it’s just like alcohol – prevalent, socially acceptable, and taxable – but without the terrorizing violence, liver disease, addiction … you get the idea and, hopefully, the message. “Bleed the Weed.” #herbtax #legalize