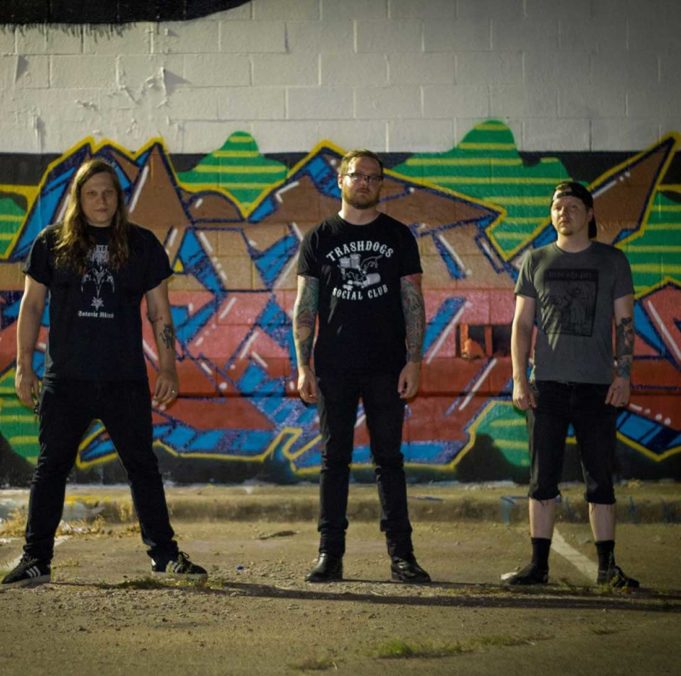 For a band that started as an excuse for a couple buddies to hang out, jam some sludge metal, and drink beer, Mountain of Smoke has released some comparatively highbrow music. In 2014, drummer PJ Costigan and bassist/vocalist Brooks Wilhoite released their self-titled album, a 10-song tribute to Blade Runner, Ridley Scott’s 1982 big-screen adaptation of Philip K. Dick’s classic 1968 science-fiction novel, Do Androids Dream of Electric Sheep? Last week, Costigan and Wilhoite released the follow-up to Mountain of Smoke at a show at the Double Wide in Dallas. Gods of Biomechanics dives deeper into the fiction depicted in the book and the film.

Recorded, mixed, and mastered by Michael Briggs at Civil Audio in Denton between February and April, Gods of Biomechanics explores the motivations of the novel’s antagonists, especially those of Roy Batty, the murderous combat replicant (a type of android that is virtually indistinguishable from a human).

“We had wanted to dig into Roy’s backstory more,” Wilhoite said via email. “We had read the book and wanted to talk about his off-world story and then his journey to find Tyrell [the replicants’ human creator]. There are two tracks (“Zhora” and “Leon”) that reflect the [other antagonist] characters’ feelings about Roy and how they were used by him.”

Wilhoite said that he and Costigan have an EP’s worth of additional Blade Runner-inspired material that they intend on recording, at which point they will entertain other subjects.

“At this point, it’s basically fan fiction, because we are way off script from the movie and novel,” he said.

Gods builds on its predecessor’s SF inspiration and its turgid, thunderous tones. To satisfy their sonic ambition, the duo expanded Mountain of Smoke’s lineup and sound to include Alex Johnson (The House Harkonnen, Convoy & The Cattlemen) on steel guitar. He had initially overdubbed some parts on a couple of songs, and Costigan and Wilhoite liked what he did so much that they had him play on the entire album. Johnson ran his steel through a battery of effects pedals –– rendering the instrument mostly unrecognizable from its typical voicings as a component of rock and country bands. Over the precision pummeling delivered by Costigan and Wilhoite, Johnson colors their attack with creepy atmospherics, and the combined effect makes them sound at times like an industrial band minus the computers.

Since Johnson played on every track, the band is now a three-piece when it performs live, though Wilhoite said that if Johnson has a gig with someone else, he and Costigan will play Mountain of Smoke’s older material.

Besides the addition of Johnson (who also contributes a couple of synthesizer parts), Katie Puryear, vocalist of Denton-based heavy band Doomfall, sings backing vocals on “Caesium Beams,” the album’s fourth track and the third of a trio of songs based on Batty’s famous “Tannhauser Gate” soliloquy. If you’ve watched Blade Runner enough times to think about its philosophical ideas, Gods of Biomechanics is up your alley. Moreover, as a live act, Mountain of Smoke pretty much crushes, delivering waves of concussive low-end and volume that explode like falling asteroids. Wilhoite said they’ll be reintroducing the film’s footage to their show as well, a component that had been part of their early shows but that was excised after he and his wife moved into a new house and the equipment seemed to disappear.

For fans of heavy music and Blade Runner’s ideas about what’s real and what isn’t, Gods of Biomechanics is essential listening. Keep an eye out for paper unicorns.