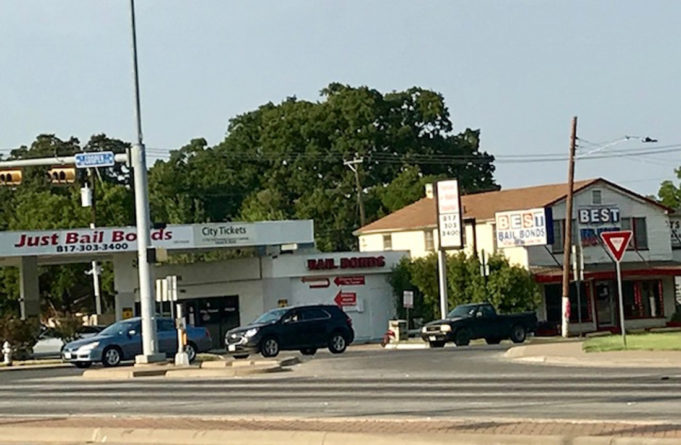 The backlash caused by the United States’ recent caging of immigrant children in mass holding centers has ignited another fiercely debated topic. Some of those who support the Trump administration’s zero-tolerance policy, which initially separated families caught crossing the U.S. southern border illegally, have argued that when some regular Americans are arrested on American soil, they also are separated from their children.

They’re right. And, unfortunately, this often happens for low-level offenses like marijuana possession and unpaid civil citations. Nearly 21,000 American children were placed in foster care because of parent incarceration in 2016, according to the Department of Health and Human Services.

If someone can’t afford to pay her tickets, chances are she can’t afford bail either, and she will remain jailed before actually being convicted of anything –– unless someone shows up with enough bail money to buy her freedom.

Minor offenses can create vicious rippling effects. If an impoverished person’s vehicle is towed, she may lose her transportation. If she has children and is taken to jail, her kids may be taken into HHS custody. Animal Control might take her pets, and she could also lose her job, fall behind on rent, and become homeless.

However, because of lawsuits in other Texas counties, things could change, leaving Tarrant County officials to deal with the bones of a defeated bureaucratic monster.

Cash-bail reform could change the shape of how pretrial releases are determined and cause the system to operate more on a risk rather than wealth factor.

Last year, Harris County’s cash bail system was deemed unconstitutional because it allowed those who had enough money for bail to go free before their trials –– even for violent crimes –– while people who couldn’t afford bail stayed behind bars. A similar lawsuit was filed recently in Dallas County.

New Jersey, which pretty much ended its cash bail system with reforms that took effect last year, appears to be paving the path to change. Earlier this month, a federal appeals court upheld New Jersey’s bail reforms in a challenge to their constitutionality. The state’s pretrial jail population has shrunk 20 percent since the changes took place, and in 2017 the state said that there were nearly 1,500 fewer people stuck in jail waiting to be tried for criminal charges.

It all seems to reek of the time in 1865 when the federal government had to arrive in Galveston two years after the Emancipation Proclamation was issued to inform Texans that Texas’ slaves were free. Yes, I know, we’re talking about jailed inmates here, not slaves, but with the rise of for-profit prisons in this so-called land of the free, where we incarcerate more people than any other country on Earth, the lines begin to blur.

The problem is not specific to Tarrant County or Texas. Drive through any small town in America. The only things that appear to be thriving are the municipal building and the police station. There’s a reason for that. It could be, in part, that while the Sixth Amendment guarantees the right to an attorney in criminal cases, even for those too poor to afford one, civil offenses are entirely different. People who have racked up hundreds or even thousands of dollars in civil fines –– for stuff like jaywalking, having a recycle bin that can be seen from the street, or having more than two identical items in a garage sale in Arlington –– may be too poor to not only pay the fines but to hire a lawyer. Some critics rightfully compare civil citations to extortion and the cash bail system to ransom. And recall that it was a city ordinance in Montgomery, Alabama, that kept Rosa Parks at the back of the bus for a while.

Still, inmates are eager to make bail even while being price gouged. One North Texas bail bond company charges $300 extra if an out-of-town inmate bails himself out. But anyone else, out-of-towner or not, can post bail for the same inmate without the added upcharge. Sure. Stick it to the out-of-towners because locals might not be on friendly terms afterward.

And then there’s that looming threat of a dystopian world where businessmen, politicians, and corporations are in cahoots to keep a functionally biased system thriving. J.D. Johnson, who chairs Tarrant County’s bail-bond board, said that 45 bail-bond companies are licensed to operate in Tarrant County. There are more than 25,000 bail-bond companies in the United States, according to a 2017 study by Color of Change and the ACLU.

So freedom, for some, still has a price here, but for the poorest among us, that price is still too high.