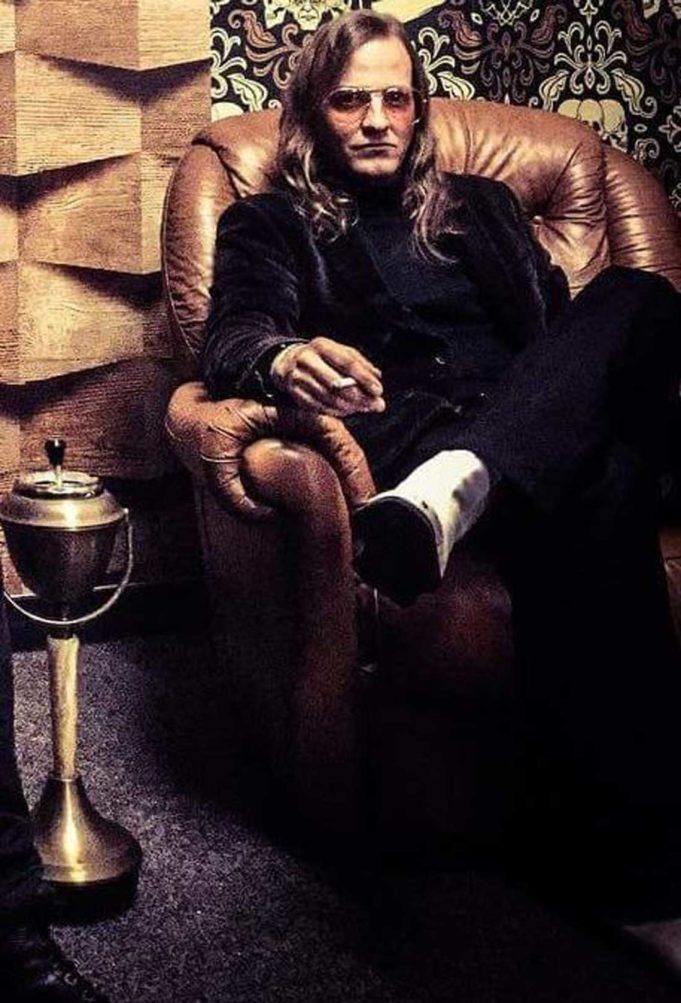 Here’s a cautionary tale for all you local band people who have been partying as if replacement organs are readily accessible, cheap, and easy to install: Pinkish Black’s vocalist/keyboardist Daron Beck suffered two heart attacks this month, at the not-so-old age of 42. As a famous, fictitious, whip-toting archaeologist once said, “It’s not the years. It’s the mileage.” And while Beck has certainly pushed the limits of his body’s warranty, his heart attacks – as they are for most people who survive them – were a wake-up call to change his routine.

Though Beck concedes that he has been hard on his body, he also said that heart problems run in his family. “My dad had his first attack at 44,” he said. But genetic disposition aside, Beck’s lifestyle wasn’t a paragon of health. “I’ve been smoking close to two packs a day since I started smoking when I was 11. And I ate a lot of beef.”

He told me he doesn’t generally suffer from anxiety, but in November, he lost his longtime job with an interior-decorating firm, which caused him a lot of stress. And when Pinkish Black tours, he does all the driving – their most recent run was a month on the road in March with their Relapse Records-labelmates Royal Thunder. Cumulatively, this stuff takes a toll.

The first heart attack hit him a few Saturdays ago at home, after he’d fallen asleep on his couch. “It was, like, at 2 in the morning,” he said. “I was just laying here on the couch, and I woke up, and it felt like I had pulled a muscle in my chest. The pain radiates all the way across your chest, all the way to your shoulder blades, kind of hurts you in the back a little.”

His girlfriend Lisa called 911, and Beck was spirited away to John Peter Smith Hospital and treated for a heart attack. He had three stents installed in his widowmaker artery, and he was released after a couple of days. But about a week and a half later, he felt chest pain again. “As soon as it started, I knew,” Beck said. “The second time, the stents just fell over – they got a blood clot caught in them because the anti-clotting medication, it doesn’t, like, work with my genes, apparently. They had to put a balloon in there and re-expand [my artery], and they changed my clotting medication.”

Since the first heart attack, Beck has all but completely quit smoking – he said he’s had only eight cigarettes since his first trip to the ER, which is a remarkable shift from the 40 or so he was burning every day. He’s also cut out alcohol and is cleaning up his diet. “I’m not really interested in drinking anymore, and I haven’t had any red meat in two weeks. I’ve got to take into consideration everywhere I go to eat, and no more caffeine. That’s the biggest change. I’m not going to stop smoking pot, though,” he added, chuckling.

Beck is grateful to be alive, but surviving a heart attack is obviously not minor trauma. Understandably, he is physically exhausted and mentally rattled. His life is centered around music, and though Pinkish Black has a few shows booked for the fall, Beck said he doesn’t feel ready for the rigors of performing, though he thought PB drummer Jon Teague could fill in as Zeitmorder, his experimental solo project. “I’m totally fine with him doing our booked shows for a bit,” he said. “I hate not doing shows, but, man, I’m just not up to it. I’m wiped out and wigged out.”

For the time being, he just wants to heal and rebuild his strength. “Lisa got me a membership at Planet Fitness, and today we’re going to go to Northeast Mall and go mall walking. It’s funny because that was the mall where I was a mall punk when I was a teenager, taking acid and walking around, and now I’m going be taking blood thinners and walking around.”

It’s in the Way You Misuse It