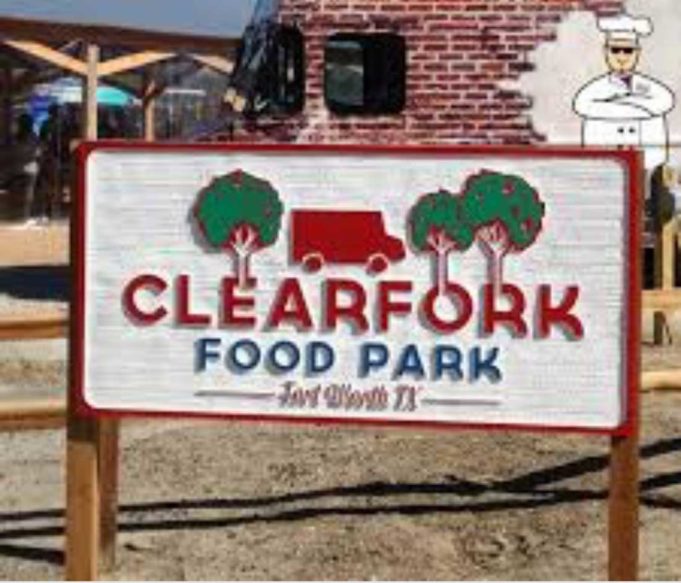 Like hoarfrost and the mayfly, food trucks are vanishing as quickly as they materialized a few years back. Last weekend, the Clearfork Food Park announced that it would be shuttering its rolling food court for good. The operators of the park told the Star-Telegram that the property owners didn’t renew the lease because the real estate that housed the ill-fated park was just too hot – which I interpret to mean “too valuable to be wasted housing a languid park of five or six rotating locally owned eateries when god-knows-how-many out-of-town restaurant chains could move into another cookie-cutter development and suck even more character out of our town.” (I’m sure several Dallas and Houston chain owners just peed a little reading that.)

To my knowledge, Clearfork was the last of the food truck parks to be open on weekdays here in the Fort. There is another one near what’s now known as the Foundry District behind Montgomery Plaza, but it’s only open on weekends. The here-and-gone Cowtown Chow Down lasted less than a year on North Main Street between downtown and the Stockyards. A few more parks were rumored to emerge but never appeared.

I’m not sure if Clearfork’s announcement was the death knell of the Fort Worth food truck craze, but if the 10-year-old fad were a person, I wouldn’t recommend it buy any ripe bananas. Some people are of the mind that food trucks can just go back to existing as mobile kitchens that can come right to your door, office, or bar and that they will be a permanent and flourishing fixture on the restaurant landscape forever and ever. So for those folks, allow me to read the tea leaves out loud (well, in print).

Sure, there are always going to be a few trucks here and there, but we’re never going to see them parked in front of every bar the way it was a few years ago. Current economic conditions don’t augur well for food trucks, which thrived in one of the worst downturns in our nation’s history. The prevailing logic for those plucky entrepreneurs who chose to start up a food truck was that the cafes on wheels were cheaper than creating a brick-and-mortar place. Most truck owners, at least the ones I spoke to, hoped to eventually graduate to a permanent place to call home. And a few did, most notably Taco Heads, Heim Barbecue (technically a trailer), and Salsa Limon. That model isn’t dead, though fewer places are taking the trailer-truck-route to new digs, and, in my personal, anecdotal experience, I just don’t see them around as much. What I do see is what I believe to be the craze that has replaced the food truck: pop-ups.

Pop-ups are an even cheaper, more efficient way to promote yourself if you’re a chef. Think about it: Your guests can sit down in an air-conditioned room without having to swat away flies, in most cases you know exactly how much food to buy, in some cases you’re working in a real kitchen, and the business hosting your pop-up can sell their wares or charge you a rental fee. Tons of places, including Proper, The Collective Brewing Project, and Magdalena’s, are wisely cashing in on chefs who want only to take over their place for one night. Instead of a food truck being a complement to a business, pop-ups are adding to that businesses’ bottom line. It’s a win-win.

The economy has been steadily improving for years now, and real restaurants, the kind with tables, chairs, and ceilings, are opening by the dozen every time a new development needs space filled. The problem is that most of the new eateries in town (as I alluded to earlier –– and in many other columns) aren’t from here, and there aren’t enough diners to support all these new joints for long. Now with food truck parks gone, there are a dwindling number of ways to support local guys and gals.

So pop-ups are the new food truck, at least until the economy shits itself again, and then found cans of meat will be the new pop-up. I just hope a few of these pop-up chefs can carve out a brick-and-mortar or three before the bubble bursts – I have a feeling there’s about to be a lot of empty storefronts in some of these developments.