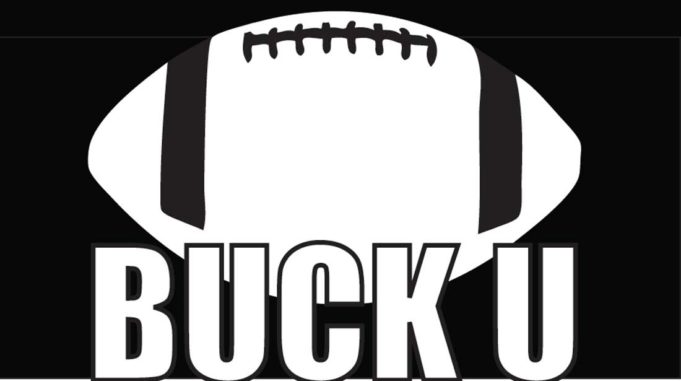 TCU will visit the SMU Mustangs on Friday night for the 98th meeting of the battle for whose country club is more exclusive. Kidding. It’s for an Iron Skillet, for some reason. The Mustangs have won only two of the last 18 meetings between the two private religious-but-not-really-just-affiliated-with-churches universities. UNT rendered the Ponies into glue last Saturday, 46-23, not allowing them to score their first points until fourth-quarter garbage time.

SMU Head Coach Sonny Dykes will try to exploit weaknesses in the Frog secondary by taking shots downfield early and often. This game might look like an easy W on paper for TCU, but the Highland Park horsies have a nasty habit of playing their rivals close. Yes, the SMU offensive line looked shoddy against the Mean Green pass rush. TCU rushers should exploit that weakness. UNT also passed for 444 yards against the Mustang secondary, so get ready for a parade of Frog receivers. Don’t miss the first half of TCU @ SMU if you want to see how quarterback Shawn Robinson plays. The classic match-up will really be for the Frogs to polish schemes for Ohio State. Gary Patterson will have to decide what he will show the Buckeyes on film and then try to surprise them. There will be much more to break down for Frog opponents after this week. Let’s backtrack for now.

The Horned Frogs easily dispatched their paid opponents Saturday, besting the Southern University Jaguars 55-7. Southern’s lone score came on their fifth offensive drive, when sophomore quarterback John Lampley hit his wide-open receiver on a fly pattern for a 55-yard touchdown. Blame the lapse on a blown assignment by the Frogs defense.

Shawn Robinson, showed great command of the short and intermediate passing game. He wasn’t perfect, throwing the occasional ball at a receiver’s feet, and his long throws were not on target. But, overall, his passing game was crisp, completing 17 of 24 passes for 182 yards and three touchdowns. The most encouraging part was watching Robinson run. He scampered twice on designed runs, scored twice, and scrambled none. The sophomore quarterback never looked flustered in the pocket or eager to run rather than stay poised. Horned Frog receivers would occasionally need an extra moment to let routes develop. Robinson simply bought that time by extending the play and hitting receivers downfield. Congratulate the revamped offensive line on a solid opening performance of 235 rushing yards and no sacks or hits on Robinson at all.

First-string running back Darius Anderson was limited to only eight carries and looked tentative while gaining 40 yards on Saturday. Anderson returned to game action for the first time since last year’s foot injury sustained against Oklahoma. Sophomore Emari Demercado and junior Sewo Olonilua will continue to run by committee and share the rushing load with Anderson. Ten different receivers caught passes as offensive coordinator Sonny Combie continues to make TCU a pass-first team. Formations ranged from three to five receivers on the field. Tight ends did not make a significant impact outside of run blocking. It is likely you’ll see the ball in the air 40 to 50 times a game this year if Robinson continues to be accurate. Swing routes and quick screens are as much a part of the running game as traditional hand-offs and read-options.

Southern didn’t gain a first down until their third offensive series, which was awarded after a personal foul penalty against TCU. The secondary was active against the run and defended passes well. Two long passes to outside receivers blemished an otherwise stellar performance. The defensive tackles looked soft and lost ground against the large Jaguar offensive line. Otherwise, the unit was stellar, giving up only nine first downs.

KaVontae Turpin looked eager to break a big play –– almost scarily so –– making risky punt returns that didn’t net much yardage. Please welcome freshman Big 12 newcomer of the week Derius Davis to campus. Davis returned a punt 73 yards for a touchdown and had a receiving score in his college debut. Cole Bunce is the starting kicker, and he didn’t miss. So we like him for now. Adam Nunez punted only twice, thanks to the strong offensive effort.

Ed. note: Due to some intra-office miscommunication, last week’s inaugural column appeared online only, not in print. We regret the error. 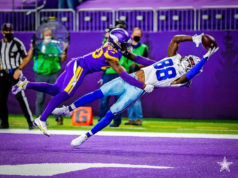 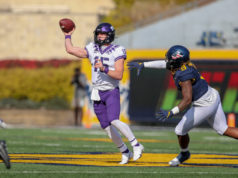 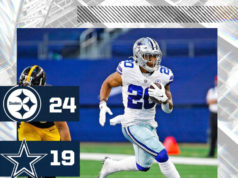 Could That Be a Little Hope I See?