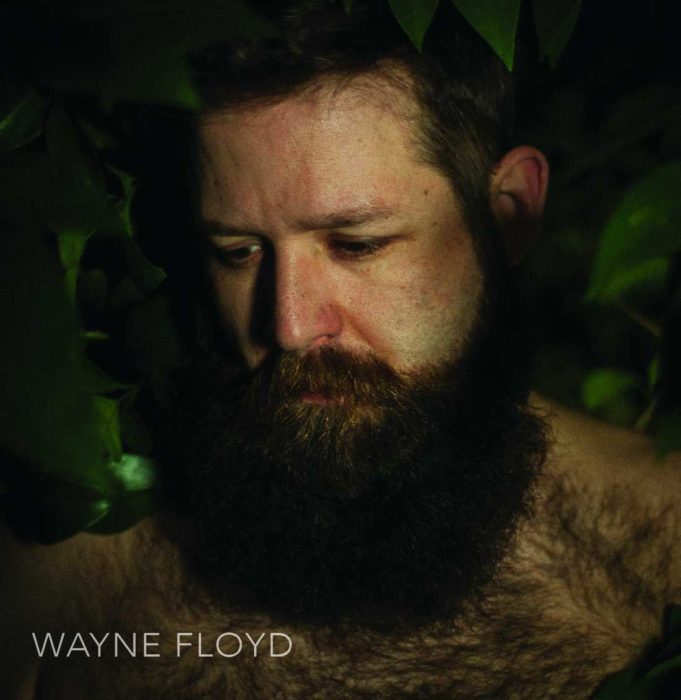 Soulful baritone singer-songwriter Wayne Floyd said he doesn’t like to talk about his music and that even the idea of it makes him uncomfortable. He went as far as to say that he doesn’t even see much of a point in it.

But, as he sat on an uncomfortable cinderblock half-wall at the new Dickson-Jenkins lofts on the Near Southside where he just played a gig for its grand opening, he was far from shy about discussing the concept behind his new record, Not for Naught.

Floyd, who donned a pair of Rayban Clubmasters, prototypical pinstriped train conductor overalls, and no shirt, said he wanted an album that was representative of his live performances.

“This EP, it’s all just acoustic and vocals only,” he said. “It’s meant to feel like how I’ve been playing live for the past five years. All the other stuff has been this ‘produced in a room’ thing that didn’t really show who I really am at all. This is finally something that I can say, ‘This is what I sound like.’ ”

What Floyd “sounds like” oscillates between haunting, melancholic folk with all the whiskey-and nicotine-soaked gravel of William Elliott Whitmore or Tom Waits belted over durging acoustic guitar, and the plaintive yearnings of a tender balladeer presented through the form of a rough-handed ironworker. There’s a narrative, literary quality to his lyrics that transports the listener back in time into a sepia-toned, filmic past that feels old and worn but remains ever present in your mind like a moment re-lived. The tracks are emotionally dense, but Floyd’s captivating voice lightens some of the material’s weight.

“I read a lot, and a lot of my stuff is based off books I’ve read,” he said. He applies those literary themes into “what was going on in my life at the time. A lot of my songs are super-dark, with, like, a glimmer of hope to them. There’s always that glimmer of hope.”

It’s the performative quality to Floyd’s vocals that he feels is essential to their representation, and he’s happy with how the producing/engineering team of Joel Raif (Andy Pickett Band, Terror Pigeon) and Eagle Audio’s Jerry Hudson managed to capture it.

“Performing songs is telling stories,” he said. “I like recording, but it’s weird to me. I’d rather play and have a crowd fucking hate me and then be able to turn them. Nobody is going to give you anything unless you give it to them. And that’s what performing is to me – you have to give it to them.”

He sees his gigs as a listener-response-style experience and that in some way the music is no longer even his once the notes and lyrics leave is head.

“The thing is, is that [his music] means something specific to me,” he said, “but if I say that to someone, or anyone – if I tell people what it means – then I’m taking away what they can get from it. When you create art, you create it to give to people, and if someone chooses to listen, I’d rather it mean whatever it means to them, because once I push it out there, it’s not mine anymore. It’s everyone else’s.”

Not for Naught will be released at 8pm on Saturday at MASS (1002 S Main St, 682-707-7774) with solo performances by Carey Wolff, Jakob Robertson, and Chris Johnson of Telegraph Canyon. Cover is $7.