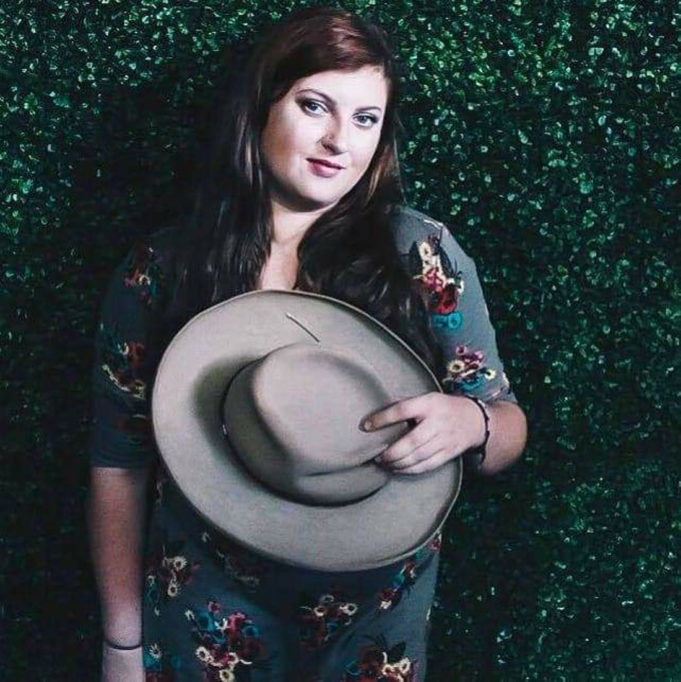 While the outside world seems to slip an inch or two further into a pit of insatiable chaos by the day, music freaks at home in the Fort have hopefully been able to survive this foul year of our lord 2018, at least in part, by holing up in the warm and nurturing confines of our burg’s burgeoning little scene. We’ve certainly been treated to a lot of great tuneage over the past 11 months, and the bench is deep with blue-chip rookies looking to get into the game.

One such soon-to-be-heard-of is captivating folk songstress Summer Lane Emerson. Whether running the Wednesday night open-mic at Upper 90 on West Magnolia Avenue or at her home venue, Fort Worth Live, the charming and idealistic 23- year-old has been quieting talkative music rooms into rapt attention with her arresting and powerful voice for just about a year now.

The Van Zandt County native moved to Fort Worth around that time to be closer to her older brother, local C&W crooner Vincent Neil Emerson. And though it might have been easy to grab a handful of her brother’s country singing coattails to give herself a boost, she knew nepotism wasn’t the route she wanted to take. Instead she’s been focused on being able to make a name for herself on her own terms.

“I wasn’t really expecting to have the music take off the way that it has so far,” she said. “But really since [moving here] it’s been nonstop writing and playing and just growing. And I love it!”

From hauntingly beautiful murder ballads to toe-tapping yodeling tunes, Emerson brings the lived-in pansophy of early 20th-century Appalachian-style folk music into the present day. Balancing a mournful vulnerability with an impressive vibrato-laden strength, Emerson’s voice is at turns whisper soft and soothing, possessing the resonant timbre and power of a great brass bell.

With the help of Matt Broyles, a local singer-songwriter who also hosts a show on KFTW/97.5-FM The Pirate, Emerson recently recorded a pair of demos, tracks that will ultimately appear on her debut full-length that she hopes to have out early next year. “Beautiful Liar” showcases her first-rate vocal range. Over her simple strumming acoustic chords, her voice, a bouquet of equal parts Loretta Lynn, Joan Baez, and Mazzy Star’s Hope Sandoval, builds and falls in cascading trills. The other track, the haunting “Blood Stained Wings,” which may be the forthcoming album’s first single, is an example of her vivid lyrical imagery and affinity for story songs.

“I fell love with the storytelling – because I can just talk somebody’s ear off,” she joked. “I guess that’s why I like writing songs, because I can tell as many stories as I want and nobody can interrupt me.”

If “Blood Stained Wings” isn’t the single, Emerson is sure a popular song from her set, “Yodeling Drunk,” likely will be. More up-tempto, it’s a humorous ditty about getting drunk, dancing, and fighting, which she likes as a departure from the bulk of her material, which trends toward elegant and morose more than silly and lively. She said she just wanted to write a song that will make people laugh.

Emerson has just joined up with upright bassist Martin Sargent (Urban Pioneers) and banjo picker Brian Bresino (Rock Bottom String Band), and the three have started rehearsing for recording sessions in February. The trio will be working with fledgling audio engineer Jonny Garcia at his new 8 Track Records studio. She is currently culling through her material to select the 10 songs that will be on the album.

Editor’s Note: An earlier version of this story incorrectly stated that Upper 90’s open-mic night was on Tuesday, when it is actually on Wednesday. Fort Worth Weekly regrets the error.