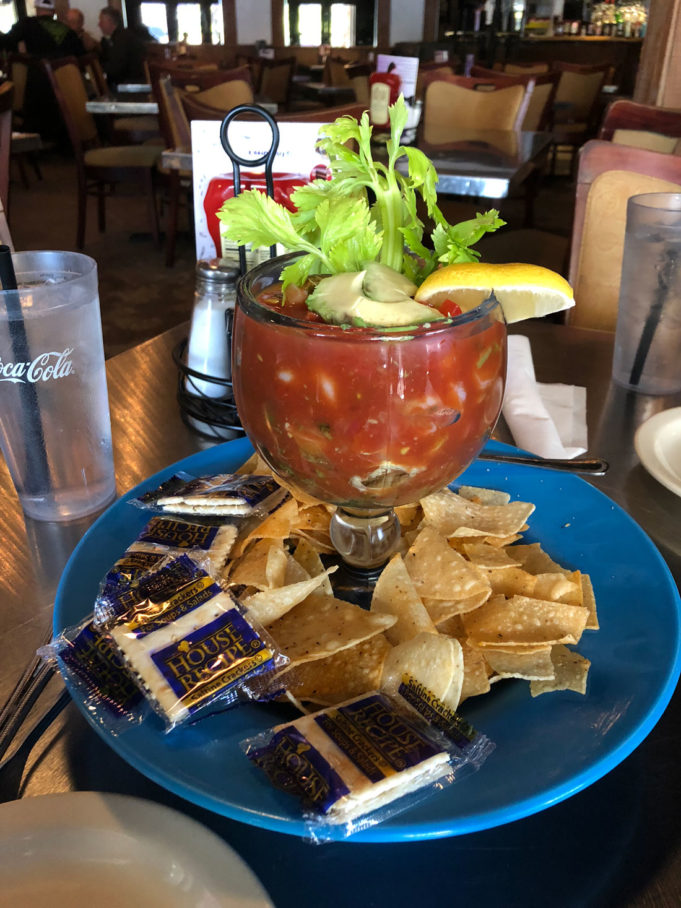 I don’t know what to think about the various restaurants that have all occupied the same spot on Bluebonnet Circle. The space has cycled through myriad owners and names (The Bottom/Rock Bottom/Ocean Rock) and has existed as a restaurant/bar in some form or another going on 400 years now. Or close. Having reviewed all of the occupants, I can say with certainty that 1.) they all basically serve the same entry-level seafood-themed menu, and 2.) the owners have all tried to live a double life, serving lunch to the working folk and Jell-O shots to the young ’uns.

Now, the (relatively) new owner of the space’s tenant has chosen a familiar-to-Bluebonnet Circle TCU-theme for his eatery/drinkery, The Purple Frog Restaurant and Cantina (3468 Bluebonnet Circle, 817-923-7625). I don’t mean to sound hard on the Purple Frog, but why not just name the place TCU Students, Please Come Here and Spend Your Parents’ Money Often, So We Don’t Have to Open for Lunch.

Brian Dukes, who bought The Bottom almost two years ago, must have thought the place wasn’t trying hard enough to attract the college crowd, and, boy, he let his purple flags fly. (That’s not just a lazy metaphor. He is actually flying two TCU flags.) The railing outside of the attractive patio is painted purple, TCU sports calendars abound, and pretty much everywhere you look inside the well-appointed open dining room is some reminder that TCU exists. Even the DJ booth is purple. Also, there’s a DJ booth. The eatery, like its predecessors, apparently doubles as a nightclub when the sun goes down and the Frogs come out for #shots.

But here’s what confuses me about this place: In my experience covering dining in this town, I have discovered a sad truism: Almost every restaurant or bar that tries to court TCU students and depends on them for business ultimately fails within two years. That’s not a knock on TCU kids, and there are certainly exceptions, but surely you’ve seen this pattern:

A.) Business X decorates the walls in purple and offers some kind of Frog-themed discount, and the kids come in droves. B.) Boring old adults with disposable income hate fun and young people, and they find somewhere else to eat after trying Business X’s food/drinks once and feeling out of place and maybe more than a little scared. C.) The kids go on summer break, and they all flock to a new hot spot offering #FrogShots when they return in the fall, despite the banner on the other side of town that Business X hung welcoming the kiddos back. D.) Business X changes its name and rebrands, but the grown-ups see through the place’s $5-crap-wines-at-happy-hour trick, and the fogies end up at one of the same four restaurants they always haunt.

But the tease of The Purple Frog is that the kitchen cranks out good food. Sure, the expansive menu suffers from trying to be all things to all people, but every bite my guest and I sampled on a recent weekday visit was fresh-tasting, prepared quickly, and presented well.

We started with house salsa and chips ($5), a flavorful and well-seasoned, if mild, chunky dip for thin chips. The shrimp cocktail ($10), served in a schooner, is large enough to be an entrée. The plump shrimp are suspended in a stew of sweet tomato sauce dotted with onions and avocado and served with chips and crackers.

My guest’s blackened grilled salmon ($13) was moist and flaky, and served alongside a hearty portion of grilled squash and mashed potatoes. My crab cake sandwich ($13) was better without its oppressive, sweet sourdough bun. The accompanying fries were crispy perfection.

So maybe this double-life bit is going to continue working for the Purple Frog. And, hey, if it doesn’t, the owner can just keep changing the name and tweaking the concept until the cycle comes all the way back around again in a few years. At least the food in that building is as good as it’s ever been.