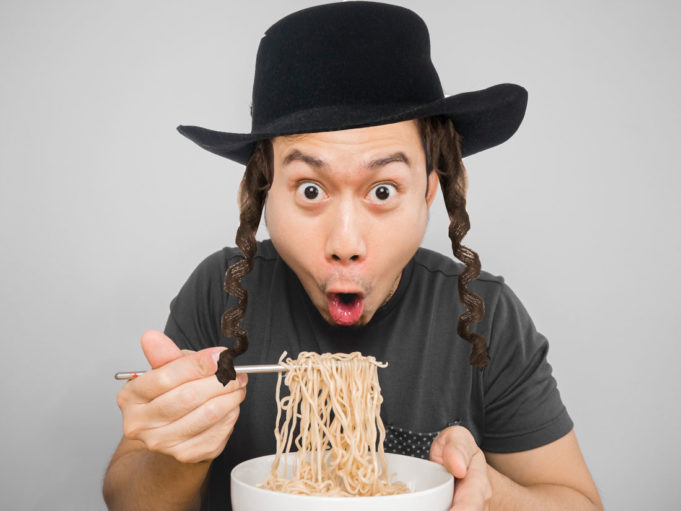 A friend and I were leaving Szechuan Chinese Restaurant on Locke Avenue recently, when, just out of curiosity, I asked the helpful man working the register if they’d be open on Christmas Day. “No,” he said. “Where will the Jews eat?” I quipped. His face twisted into the kind of smile you make when someone says something mildly off-putting, and though you’re not entirely sure why you’re offended, you have a vague sense that you should be.

The poor guy at the counter just nodded as though he’d been let in on a joke he didn’t entirely understand and certainly didn’t enjoy.

For those who don’t know, Chinese food is the preferred cuisine of God’s chosen people on December 25. All around the world, Asian joints stay open to accommodate Jews – and probably Chinese people, too. For many, a piping hot soft dumpling or roasted duck with crispy skin is just as synonymous with Christmas as honey-baked ham is to a Christian. But not for me.

To quote author A.J. Jacobs, “I’m officially Jewish, but I’m Jewish in the same way Olive Garden is an Italian restaurant.” In other words, I’m a member of the tribe in name only. I pretend to be religious when my grandmother is in town – though at age 93, she’s not likely to make the trip again without the help of a monkey’s paw. For the record, I’m an atheist whose mother is a Jew and father is some kind of Christian (Methodist?). I grew up believing in Santa but not Jesus. It’s complicated.

My original plan for this column was to compile a list of local Chinese restaurants that will be open December 25, and, since I’ve eaten my way through this town 100 times over, I assumed I would be able to write an informed blurb about which dishes to order and how satisfied your bubbe will be with the atmosphere and cleanliness of the various eateries. I started out doing my due diligence and called the first 10 or so restaurants that popped up on my lazy Google search. Out of those 10, only one will be open – and you don’t have to wander 40 years in the dessert to get there. *rim shot*

Skillman Wok (9116 Camp Bowie West, 817-560-8822), an insanely cheap mini-chain on the sketchy side of the bricks, offers all the Mandarin classics like sesame chicken, pepper steak, and the like. There’s a walk-up counter, and everything is served in Styrofoam with plastic utensils. On my recent visit to the venerable spot, my standard-issue Szechuan pork ($7.95) was delicious, fresh-made, and the portion could have fed Mao’s army.

This is not a mind-blowing menu, but it appears to be the only game in town on Christmas –– at least we part-time Jews are already accustomed to settling this time of year.