While Game of Thrones’ showrunners promised a “bittersweet ending” to the mega-hit series, many fans are now just plain bitter

After 10 years spent enjoying, agonizing, theorizing, critiquing, waiting, theorizing, and waiting some more, HBO’s Game of Thrones aired its final episode on Sunday. And, man, it was, um, something. The home stretch leading to the series’ conclusion has been met with mixed reactions, to put it lightly, and the finale looks to be no less polarizing. The criticisms of the rushed pace and whiplash-inducing character turns that have plagued this eighth season went into overdrive over the last trio of shows, with each successive episode snowballing in online backlash to the point that a large segment of fans are already putting it in the same mausoleum of shame that houses beloved series with flops for endings like Lost and Dexter. And though I never watched Dexter, and didn’t personally have an issue with the ending of Lost, I sadly must count myself among their number.

Some context: I am, admittedly, one of the tiresome know-it-alls who has likely been a damp comforter laid over the average show watcher’s enjoyment of the TV series from the beginning. Yes, I am one of those rock-in-the-shoe irritants known as “a book reader.” And though my love for the A Song of Ice and Fire books was initially the fuel that stoked my passion for the show, it’s often been a governor that has tempered the throttle on my personal satisfaction with the wildly popular screen adaptation. I’ve never been able to separate my book knowledge from my watching experience, and, sadly, every instance has been viewed through that judgmental lens.

Consequently, I’ve had plenty of issues with the show throughout its course. They’ve evolved over time. Some are trivial, like the early seasons’ gratuitous and wholly unnecessary instances of graphic sex and nudity. (I’m no prude, but did we really need for all those exposition scenes to take place in Littlefinger’s brothel?) Others are downright appalling, such as the continued use of rape as a plot device. I’ve felt petty annoyances at small and insignificant changes (why is Robb’s wife named Talisa instead of Jeyne Westerling?) but also have had nerd rage moments. (Jaime never confesses to Tyrion the truth about Tysha?!?!?!?) But all told, I’ve mostly loved every moment of the show’s portrayal, in spite of its occasional hiccups.

That is, until this season.

Let me first acknowledge that, no, I don’t believe I could do a better job. I do not have any great works of fiction published that might lend some credibility to my criticisms. I’m just an average fan, a lover of great storytelling. And like you, by nature of being human, I can instinctively tell when a great story is being told –– and also when someone is skipping ahead. And this final season has shown some of the laziest and sloppiest writing I’ve ever seen.

I don’t envy the task undertaken by showrunners David Benioff and D.B. Weiss. They were given the most dense and detailed universe filled with countless fully formed and interesting characters set among multifaceted conflicts and competing interests –– sort of a Lord of the Rings epic if it were punched up with the cold and calculating political maneuvering of House of Cards –– all the makings of the mega-hit series that it would become. And for a while, all they had to do was follow the map given to them by author George R.R. Martin.

I don’t say this to cheapen their contribution. D&D –– as the TV show’s creators are affectionately (or derisively) referred to by fans –– are masterful visual artists and their skill at bringing Martin’s imagination into a wholly believable three-dimensional world cannot be overstated. We have all been thrilled with the action, shocked by the twists, amused by the humor, and entranced by the captivating dialogue.

But for five seasons, it had all been laid out for them –– the twists, the dialogue, the intrigue. All they had to do was goad great performances ––which seemed almost too easy, as they can boast the most collectively talented ensemble cast ever compiled in cinema –– and then just make it all look badass.

Then, as we know, D&D ran out of source material and were forced to go it alone. They managed to tread water for a season or two (if we can overlook the laughable debacle that was the Dornish plotline), but as the creators began eyeing the finish line, they no doubt had a monumental challenge figuring out how to get there.

As dense as the show has been, Martin’s novels are exponentially so, to the point that Martin himself is struggling to place the proper pieces in the right spot to move toward the final act in earnest. His last novel, the fifth out of a planned seven, came out just after Season 1 of the show finished airing eight long years ago. He, however, has the patience, and more importantly, the time, to untwist all the knots he’s tied and write himself toward a proper conclusion, however long it takes. D&D didn’t/wouldn’t allow themselves to do the same.

By all reports, HBO would have been content to let the show go on indefinitely, but the showrunners were eager to put it behind them, and, unfortunately, it shows. The deus ex machina end to the White Walker threat, the jarring out of character behavior, the once cascading arcs sent into spiraling regressions –– they all stand out, and all the more against the backdrop of what the show had been up to this point. The creators set their own bar too high. Honestly, they were unlikely to really stick the landing no matter what they chose to do, so I suppose they simply tried to “make it look badass.”

There are, by now, surely countless think pieces and summaries that can articulate much better than I can the consequences to the art of storycraft of the “let’s just wrap this effing thing up” approach that the D&D seemed to take down the stretch. (Here is, likely, the best one). As the final season of the most ambitious television series of all time played out, it seemed less like a natural progression of events than a confusing recap given by a coworker who wasn’t really paying that much attention as he watched. (Wait, Grey Worm had Tyrion and Jon Snow imprisoned for treason and then just let the remaining lords of Westeros create a completely new form of government? On the spot? Without conflict or objection from anyone? And then he abided by their decision simply because they said that’s what they wanted? And then they made the weird kid who has said nothing but “I don’t want to be the lord of anything” for five episodes the king?)

I’m sure that D&D more or less followed the broad strokes outlined by Martin, including Dany’s Mad Queen turn, and maybe even Bran forgoing his destiny as Three-Eyed Raven and taking the crown, but without all the necessary intermingling detail and the time to let the threads take root and develop organically, it all just seems like an appendix, divorced from the entire rest of the series, sloppily tacked on at the end –– tantamount to a student madly scribbling the few closing sentences of an essay as test time is expiring just to get the minimum credit for completing the assignment. But oops! They also forgot to show their work.

I’ll echo the scene where Jon, after discovering he’s being sent back to the Night’s Watch for killing Dany, asks Tyrion, “Did we do the right thing? Because it doesn’t feel right.”

Sure, D&D probably did the “right” thing. But, like Jon, we are bathed in remorse because it certainly doesn’t feel right. I know there are many (perhaps even most) fans who are perfectly content with Tyrion’s odd monologue on monarchy, the improbable crowning of “Bran the Broken,” and even the network TV sitcom-y vibe small council scene, and then everyone gets their dream outcome montage that concluded the series. And if you happen to be one of them and I’m pissing in your bowl of brown, I’m sorry. You certainly don’t need my permission to like it. But you can’t deny, there will undoubtedly forever be an asterisk next to Game of Thrones’ rightful place in the annals of the great television series’ of all time. But whether you loved it, or like me, felt your dying appreciation of the series being scooped up like dead Dany and flown away into the distance by Drogon (to where, exactly?), when you consider the show in its entirety, I’m sure we can all agree, that they mostly got it right. Sweeping, epic, suspenseful, and engrossing. We shall never see it’s like again. 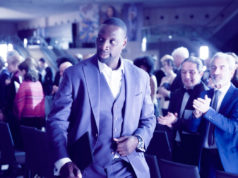 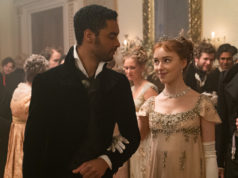