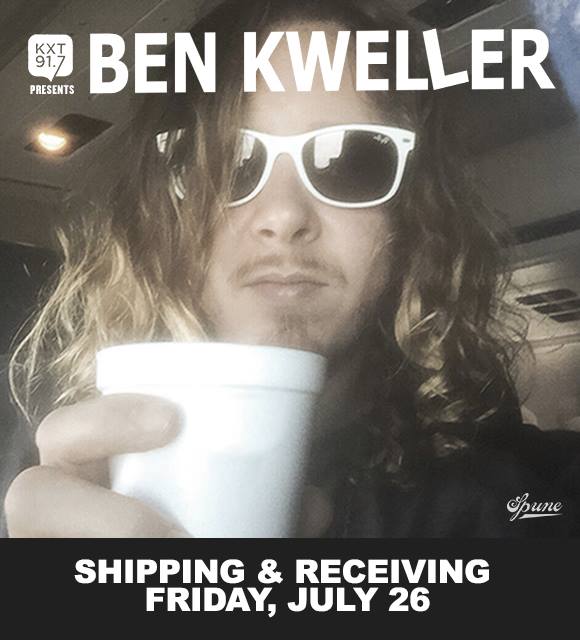 1) I assume the O’s are still a thing, but the folk pop duo has split into two solo projects, John Pedigo’s Magic Pilsner and the Taylor Young Band, the latter of which are playing at Legacy Hall (7800 Windrose, Plano) in Plano on Thursday. Young calls his new music “kinda country, kinda spacey, kinda pop.” Not sure if that’s enough to get you to drive all the way to Plano, but the show’s free, so at least there’s that. It is also 21+ and starts at 9pm. This is a video for his debut single, “Shine On Me”

2) There are lots of ways to spend your time this weekend, and yes, sitting at your usual bar staring at your phone is one of them, but if that just doesn’t do it for you anymore, there’s Minneapolis-based Night Moves, whose spacey take on Americana will appeal to fans of both Sturgill Simpson and Tame Impala in equal measure. They’re headlining Ruins on Friday (2653 Commerce, Dallas) with Garland indie pop quartet Native Fox opening the show. After listening to Nigh Moves for almost an hour, I came up with this question for local music fans: if you like this band a lot and live in DFW, are you aware that there is a similar-sounding band called Siberian Traps? Just wondering. All-ages, $15, doors at 6, music starts after that, probably at 8, but possibly 7. Here’s a recent Night Moves video in support of the new album they dropped last month:

3) In accordance with the 50th anniversary of the original Woodstock, as well as its 25th and 30th anniversaries, Three Links (2704 Elm, Dallas) and Easy Slider are throwing a two-day festival of local bands paying tribute to the bands who played the iconic music festival’s three iterations. Yes, there will be a band performing the music of Jimi Hendrix, (Stone Mecca, anchoring Easy Slider at 10pm on Saturday) and another doing a set of Willie Nelson and Grateful Dead (Grateful Willies at Easy Slider at 8 on Saturday), but other locals dig into the ’90s iterations’ lineups, which reminds you that the biggest bands of your childhood are kind of garbage, and it’s hilarious members of various local bands would go to the trouble of learning a Limp Bizkit song, let alone 8 to 10 of them. That band, by the way, is called Significant Other, and they play at 9:30 at Three Links on Saturday, following tributes to ICP and DMX. Friday’s highlights (for me, anyway) include a Green Day band (11pm at Three Links) and a tribute to P-Funk, which plays at Three Links at 8pm. I’m in Son of Stan, and we’re covering Collective Soul, and while I’m not embarrassed for owning their first couple albums (and the Jerky Boys movie soundtrack, which features “Gel”), I will not hesitate to clarify that Collective Soul music is pretty fucking dumb. If you disagree, learn the bassline to “Where the River Flows” and see how you feel about it. I did, and doing so proved what I thought about that band already. The shows are all-ages, and your ticket (which is between $10 and $15), gets you into both nights. Please do not throw mud or set anything on fire. This video is entitled “The Untold Story of Woodstock 99: Worse Than Fyre Festival.” I guess that claim is debatable, but boy is this video cringey:

4) Ben Kweller plays Shipping and Receiving (201 S Calhoun), and if you like Ben Kweller, you probably know all about this show and have been enthusiastically awaiting it for a couple months. The ticketing link includes a bit in Kweller’s bio about how he and his family almost died of carbon monoxide poisoning in 2013. That’s pretty scary, but he’s clearly alive and well and making new music. Tickets to the all-ages show are $15, and EB The Younger opens. Doors are at 8, music starts at 9. Here’s a Ben Kweller video that was new five months ago:

5) House of Iconoclasts is throwing their second art party at Shipping & Receiving on Saturday, and this time, it’s in the Tilt Room, so you won’t feel so cramped checking out work by over 100 local artists, most of who are fairly unsung and under the radar of Fort Worth’s art scene. Called Rebel Rebel, the show furthers the ethos of its predecessor (Fuck Your Art Degree, held in March in Shipping’s hallway), triumphing the spirit and artistic drive of artists who exist outside the insular confines of Cowtown’s gallery circuit. There’s also a music component: Pinkish Black, fresh off the debut of their latest full-length album (called Concept Unification) headline a lineup that also includes art-attack hip hop act Def Rain and glitch-punk duo HXXS, with DJ Wild In The Streets spinning jams all night. Fort Worth’s trash queen Frida Monet hosts the show. Cover is $10, and it’s all-ages, though if you’re squeamish about yourself or a your child seeing something that’s adult-themed, I guess sit this out and watch Frozen at home or whatever it is you do. Check out this unsettling trailer for the show right here.