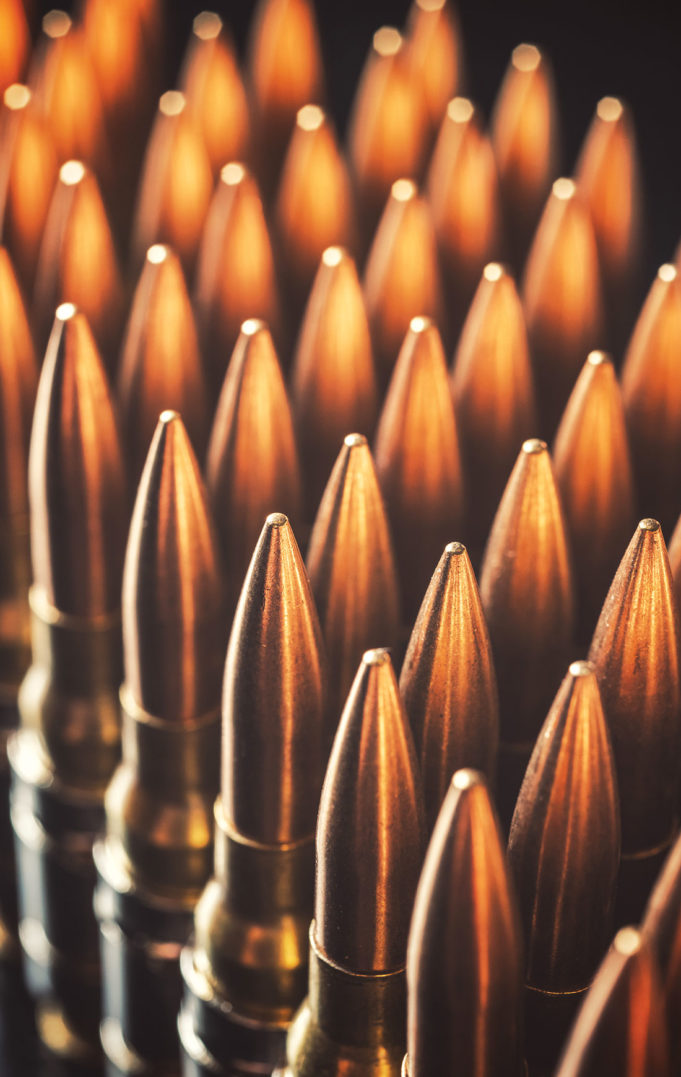 OK, quickly, without checking one of your devices, where did the last mass shooting take place in these United States before our most recent spate of shootings this past weekend in Texas and Ohio? Stumped? I’d usually be, too, but the answer is Gilroy, California. The only reason I remember is because of a personal connection. An old college friend posted on social media something about attending that garlic festival the day before. After the shooting, she passed on that she was fine but horrified by how everyday these mass shootings have become.

They happen. There’s massive coverage. And, in a few days, we never hear of them again. Honestly, which ones do you remember? You can probably count them on one hand. Las Vegas? Orlando? Dallas?

Speaking of Dallas, a few days after that shooting in 2016, I was walking through downtown Fort Worth when a wind gust unmoored a banner, slamming it against a building. The two women in front of me turned around, startled. After I told them it was just the wind, they looked relieved. As they crossed the street, I heard one say, “Good. For a minute, I thought it was a gunshot.”

Welcome to 21st-century America, where we have to fear for our lives no matter where we are – schools, churches, malls, concerts, even Walmarts – yet are uniquely incapable, unlike every other advanced Western democracy, of doing anything to stop this epidemic of mass shootings. After a while, they, like the Twitterer-in-chief’s racist rants, become so much background noise.

Here, I could cite all kinds of facts. The number of mass shootings in Australia after it banned semi-automatic weapons. Warren Burger’s quote that exposes the NRA’s take on the Second Amendment as a total fraud. I could do the usual. Compare the number of shooting deaths in every other advanced democracy and ours. Or I could rely on common sense. The more guns we have, the more shootings and suicides will occur (period). But if common sense and facts could’ve solved this problem, it would’ve happened long ago. After Sandy Hook. After Parkland. After so many needless deaths.

So let’s bring this home. The relatives have come to visit. Oh, joy! You take them to a site that just screams Fort Worth. The Stockyards, Sundance Square, the Water Gardens, or, maybe, it’s just in time for Mayfest or the Main Street Arts Festival.

And, for once, our weather cooperates. No EF2 tornadoes, hail, or 100-degree temperatures in sight. Everyone, even your fussy uncle, is enjoying Funkytown’s laid-back ambiance, posing and taking selfies. You even remember to look down so your double chin doesn’t show.

Then, out of nowhere, a troubled white man in his early 20s who’s been spending an inordinate amount of time on white supremacist websites pulls out two Glocks and starts firing off multiple rounds. All around you, people are screaming, shoving and knocking into one another. Their faces, no longer smiling, are etched now in horror, in real, palpable fear for their lives.

In the melee, someone takes your hand. You follow, head down, praying like you never have before that one of those bullets zipping by doesn’t blow off part of your face. You jump over a crumpled body, slip a little on a pool of blood. Keep running.

If you’re lucky enough to survive, what then? Because this is 21st-century America, the aftermath will include the harassment of survivors by followers of some internet loon who’ll label the whole thing a false flag operation, swearing you and all the dead were just crisis actors. Then when some survivor comes forward to speak for common sense gun safety laws and is attacked with vicious memes and real-life threats, will you sit idly by? All these things have happened elsewhere and could happen here.

I love Fort Worth. I hope nothing remotely like the above ever occurs. But it could. The real question is, before we’re mentioned in the same breath as Las Vegas, what are we finally going to do about this epidemic of mass shootings? Shrug our shoulders and go about our lives or get to work to prevent the very real possibility that it could happen here?

Ken Wheatcroft-Pardue is a Fort Worth writer who can be reached at kwheatcroftpardue@yahoo.com.

When Will “Y’all” Really Mean “All” in Fort Worth?

A recent campaign touted that “Y’all Means All. Everyone’s Welcome in Fort Worth, Texas.”

Earlier this month, city leaders had a chance to prove that’s more than a marketing slogan, but instead of ensuring a welcome environment for all by choosing the right way to combat discrimination, they delivered more of the same old approach known as the Fort Worth Way.

What is the Fort Worth Way? It is city leaders giving a minimal appearance of being against discrimination while refusing to take real anti-racist actions.

Early last month, it was revealed that a member of Fort Worth’s Human Relations Commission (HRC) had a prolific history of posting homophobic, anti-immigrant, sexist, and bigoted content on social media. Commissioners are appointed by city council to help eliminate prejudice and discrimination in Fort Worth.

Mayor Betsy Price called for Commissioner Mike Steele to resign. He refused. But he should never have been given that option in the first place. Allowing him the power to choose gave Price the appearance of responding swiftly without actually countering the bigoted behavior. That’s the Fort Worth Way of doing things.

The right way would have been sending a definitive message that Fort Worth does not tolerate discrimination against anyone – ever – by swiftly announcing that city council would initiate termination of the commissioner’s appointment.

Councilmember Dennis Shingleton, chair of the committee that appoints candidates to the HRC, demonstrated flippancy and gross negligence in that responsibility by publicly admitting he was unfamiliar with the bigoted member he approved. That’s the Fort Worth Way.

The right way would be for councilmembers to treat equity as more than an afterthought by judiciously vetting candidates for this critical commission.

Shingleton lamented, “We don’t need that sort of negativity.” He was more concerned about bad publicity negatively impacting the reputation of Fort Worth than about the underlying systems of discrimination that caused the black eye to occur. That’s the Fort Worth Way.

The right way would be Shingleton saying, “We don’t need people with discriminatory views serving on our boards and commissions.”

Multiple councilmembers exhibited deafening silence for days after Steele’s behavior was made public. Some offered no public comment about his unfitness to serve as a member of the HRC. Others only replied after repeated public pressure. That’s the Fort Worth Way.

The right way would be councilmembers viewing the mission and work of the commission as being so critical to the wellbeing of our community that they are compelled to immediately condemn blatant racism by one of its members.

Mike Steele was appointed to the commission in 2015. He was able to serve in that capacity for four years despite multiple concerns being registered by members of the community and fellow commissioners. That’s the Fort Worth Way.

The right way would be for the City of Fort Worth to conduct an independent inquiry into why an organizational culture existed in which those concerns were ignored by city leaders and why elected officials didn’t know about the bigoted behavior. Or if they did, why they ignored it.

Price proposed that the necessary solution is development of a social media policy. All that will do is tell appointees they must keep their bigoted opinions offline. That’s the Fort Worth Way.

The right way would be calling for better bylaws regarding the composition of the commission and a more robust appointment process to ensure only members of the impacted community and their allies can obtain appointment.

City council voted on a resolution to remove Steele from the HRC on Tuesday. (This article will be updated online following the results of the resolution.) That’s a necessary measure. Yet the way the situation unfolded reveals we still have a long way to go if “y’all” really is going to mean “all” in Fort Worth. – Mindia Whittier

Mindia Whittier is a local community organizer for racial and social justice.

The faded mural on the Cultural District’s post office building is bothering some locals who want to see the image refurbished or replaced (“Mural Meh,” July 31). You know who isn’t bothered by the dulled image? The owner. A spokesperson said the Postal Service “has no plans to update the mural.” – Static

The Fort Worth Weekly welcomes editorials from readers of all political persuasions. Please send your submissions to Editor Anthony Mariani at anthony@fwweekly.com.