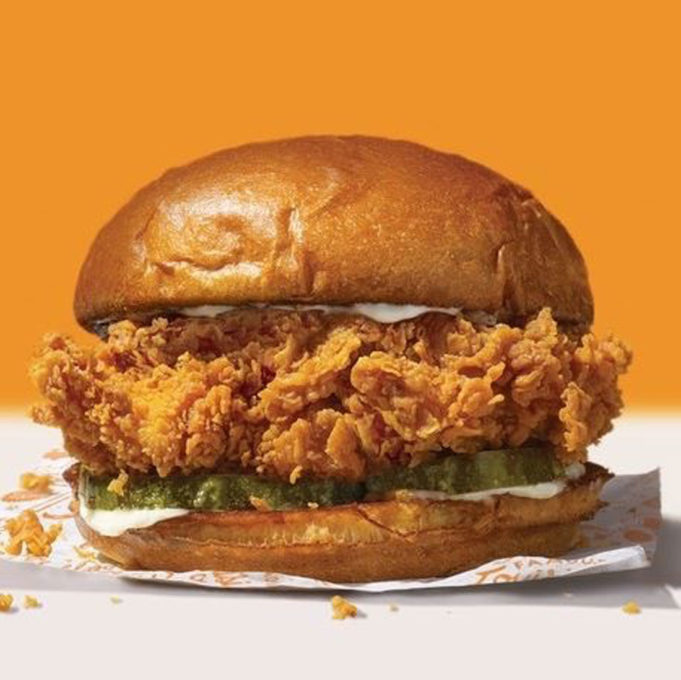 It was OK. I tried the new chicken sandwich by Popeye’s – you know, the one causing riots when locations of the national chain eatery sell out. The best I can offer is meh. It’s a good sandwich and far better than anything I’ve ever eaten at the Cajun-inspired restaurant. The marketing campaign behind this sandwich is unquestionably brilliant. It wouldn’t surprise me if the powers that be are intentionally holding back the supply to engineer more demand.

The only thing I resent more than writing about a chain restaurant is creating lists, so I figured I’d knock them both out in one clickbaiting, subjective column. So, with my dignity swirling the drain, here’s a list of local chicken sandwiches that blow away that crack-between-a-bun at Popeye’s. I hope this reaches you before someone else decides to hold a Popeye’s employee at gunpoint or another child goes missing.

1. The crispy chicken sandwich ($14) at The Tavern (2755 S Hulen St, 817-923-6200) is a picture of understated perfection. The lightly fried, well-brined bird shares space with dill pickles, red onions, and Chef Felipe Armenta’s famous (according to me) cole slaw in between a freshly made bun.

2. Speaking of Armenta, The Tavern’s sister restaurant, Pacific Table (1600 S University Dr, 817-887-9995), serves a Korean version ($14) of basically the same sandwich, but this one is piled high with a pepper-laden slaw that adds a tangy kick.

4. It may be a chain, but at least Charleston’s Restaurant (3020 S Hulen St, 817-735-8900) is a local one. The Tanglewood-area eatery’s grilled chicken and avocado club ($14) is loaded with blackened bird, avocado, bacon, tomatoes, sprouts, Swiss cheese, and honey-mustard.

You can probably add a hundred more chicken sandwiches to this list, but I’m out of column inches, so before you wait more than two hours for a so-so sammy, try out a local place, and, you know, stay safe out there.