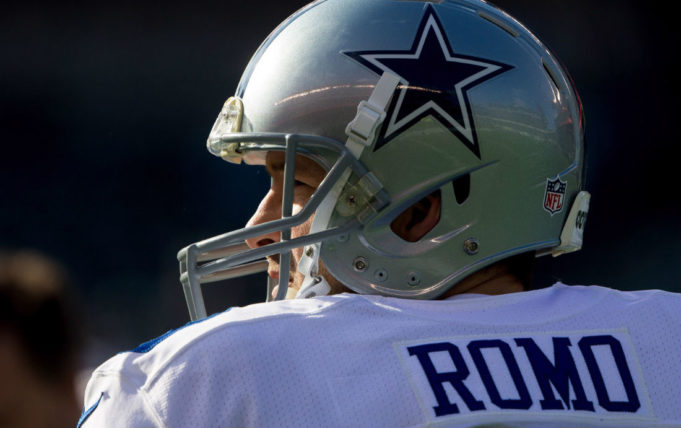 My other duties at the Weekly prevented me from attending the Lone Star Film Festival’s daytime screenings during the work week. I think I would have liked to see Trans Youth, about transgender kids in Austin. Still, I’m taking in as much of this festival as I can.

The film festival opened with Chris Hanna’s Now or Never: A Tony Romo Story, which made me take a belated look at the Cowboys quarterback’s legacy. I am not a Cowboys fan, but I watched games across the length of his career. Whenever I think of him as a player, I think of the play against the Houston Texans where he posterized J.J. Watt en route to throwing a touchdown pass.

I watched Romo succeed more often than fail, and while the failures were more conspicuous than the successes, I never saw him embarrass himself or his teammates. It would be easy for him to be bitter about never having won a Super Bowl, especially when the New York Giants won two with the distinctly inferior Eli Manning as quarterback. However, in the documentary, he comes off as a healthy and level-headed subject who keeps his NFL accomplishments in perspective. As for the movie, I would have liked more information about his hometown (Burlington, Wisconsin) and some interviews with his teammates and coaches at the NFL level (not necessarily the stars, either). I’m also disappointed that Artsy-Craftsy Tony Romo did not make an appearance, because I would have liked his crownie recipe.

The other Wednesday film I saw was Sleeping in Plastic, a bit of Texas noir (though it was filmed in Oklahoma) about a high-school wrestler (Alex MacNicoll) who becomes involved with a sexy and quite terrified drifter (Addison Timlin). The bones of the thriller are sound, and Timlin is quite good as someone whose free will has been reduced to a thin wisp from years of systematic abuse. I could have done with a leaner approach from writer-director Van Ditthavong, but in his first feature film, the Texas resident of some years shows some talent.

Dosed is a documentary by Tyler Chandler about his personal friend (identified only as Adrianne) and her attempts to wean herself off a decades-long heroin addiction by taking magic mushrooms and iboga. I really wish I’d had my colleague Peter Gorman beside me while I was watching, because he certainly knows more about the science involved here than I do. Adrianne lives in Vancouver, so he might also know about laws pertaining to whether obtaining these drugs is easier or harder in America. The film didn’t convince me that psilocybin and ibogaine are a magic bullet, but I do think it bears exploration from the medical community.

What Doesn’t Kill Us would have been better off as a web series than as a feature film. It’s about an outbreak of the zombie plague spread by an enterprising fish breeder and sushi restaurateur in East Texas that has been contained, with the zombies now trying to integrate into society. We see a zombie baseball player trying to be the first “necro sapiens” in the majors, a zombie middle manager angling for a promotion, a zombie candidate for Texas governor, and a zombie TV sitcom peddling negative stereotypes. These are funny ideas, but the film itself didn’t make me laugh. I think the jokes would have been sharper if the filmmakers had had the chance to work on this in five-minute increments, especially since the details about a post-zombie world in the background of the frame are often inspired.

The lengthily titled The Body Remembers When the World Broke Open is a Canadian drama about a pregnant indigenous teenage girl (Violet Nelson) who flees her abusive boyfriend and runs into a part-Blackfoot, part-Sámi woman (Elle-Máijá Tailfeathers, who also co-writes and co-directs the film) who tries to get her into a shelter. Tailfeathers and her collaborator Kathleen Hepburn film this in long, unbroken takes, and while I see what they’re trying to do and the approach occasionally works, I do find too much dead air in the piece.

The festival trotted out a bit of star power with Grand Isle, an undercooked and extremely slow piece of Southern Gothic set in 1988 about a handyman (Luke Benward) who is trapped by a hurricane in a mansion with a violent, alcoholic Vietnam vet (Nicolas Cage) and his frustrated wife (KaDee Strickland) who does everything to have sex with the younger man. It’s all very Cat on a Hot Tin Roof with more gunplay and less excitement. A few intriguing plot twists take forever to play out, and even with Kelsey Grammer as a homicide detective, Cage’s Cage-like outbursts are the only thing that liven this up.

I’ll have one more update for you after I spend Saturday and Sunday taking in the big-ticket items and other things.