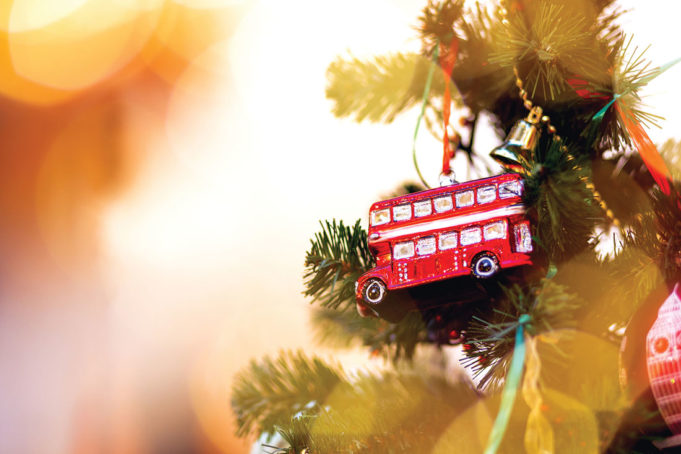 As a kid, we didn’t have much, yet we had everything. Not in a poetic sense or in a literary sense. It was not the best of times or the worst of times. We were a resolutely, inescapably working-class family of five. Dad worked a factory job until hit by the recession of the ’80s. Mom worked part-time in a cookie-making factory then jammed in a 39-hour week during a three-night weekend shift. She was busting her back, figuratively at first, then literally. Dad put himself through school, earning a degree that led to a series of beneath-him white-collar jobs, all spectacularly underpaid. I remember vividly my 30-minute walk to school, which was often taken in shoes with worn-out soles. I became an expert at molding pieces of cardboard to the inside of my regulation kicks. Each piece of cardboard would last most of the school week. Yet I had the latest jacket and the most fashionable version of school uniform trousers, those that were just within uniform regulations but cool enough to feel like my friends and I were sticking it to The Man.

My family had full cupboards and a heaving fridge and freezer most times. On grocery-shopping day, Mom would come home with an unimaginable amount of food. We would see it as our singular mission to get through the best stuff as quickly as possible – first the cookies and the chips, next the cheese and cold meats. Christmas was a time of expected excess, without fail. Mom paid into a Christmas club. Weekly payments would accrue through the year leading to the fervidly anticipated delivery of a colossal hamper of goodies: fat turkey, fruits recognized and mysterious, chocolates, tinned goods you never saw from one year to the next, and an assortment of stuff for grown-ups. To this day I am not sure neither what brandy snaps are nor what they do.

Christmas morning was a remarkable litany of presents. One year, a snooker table was the principal gift I received. It had a digital watch sat upon it, surrounded by board games, candy, and a box of magic tricks. Another year, a Raleigh Grifter bike and all the trimmings stole the show. Typically. we got up before dawn, and after the gift frenzy our excitement turned to breakfast, which morphed into snacks and chocs before the annual Snowball. I assumed this to be a festive drink for kids. Turns out, advocaat is an alcohol-laden liqueur. Mom and Dad were seeking quietude, and they were giving us a low-key buzz to achieve it. Fair play.

In adulthood, Christmas becomes otherwise focused. I guess it becomes focused on ensuring shit becomes out of focus – the booze-a-palooza. For years, family was still central, with a big meal the centerpiece. Grandparents all died before my teen years were out, so we were down to the five of us, dad’s twin brother at dinner, and a parade of aunts and uncles through the day who seemed to be on some epic alcohol hunt around the shire.

Since moving to Fort Worth, it’s been the two of us. My better half works a regular job, insofar as they have colleagues, which leads to office parties and a slew of catch-ups to round out the work year. As a mandarin of the gig economy, I have no such structure. December looks just like mid-March or any other time. The only noticeable differences will be the poor quality of tunes being played in Central Market and the unmissably absurd sweaters people insist are ironic and fun. Family, now, comes in the form of the ladies who bring lunch at Vickery Café. Their smiles, chat, and surface friendships are not markedly different from the aunts’ and uncles’. The food is just as good, and there is no washing up. The food extravaganza will not be gleaned by careful saving, gathered incrementally. We will splurge hundreds of dollars on food and booze at Central Market and track down advocaat online because somebody will already have snagged the two bottles that Total Wine & More stocks in every year. The missus and I will lay in bed ’til late morning, start drinking early, and pad the booze with definitely not turkey or any other form of meat and veggies dinner. I will probably do my Italian slow-roasted pork shoulder lasagna, with homemade pasta. It will be the ideal complement to the missus’ drink of 2019, pinot noir. We will raise several glasses to Mom, who died this summer. Well, at least that is one less gift to buy this year.