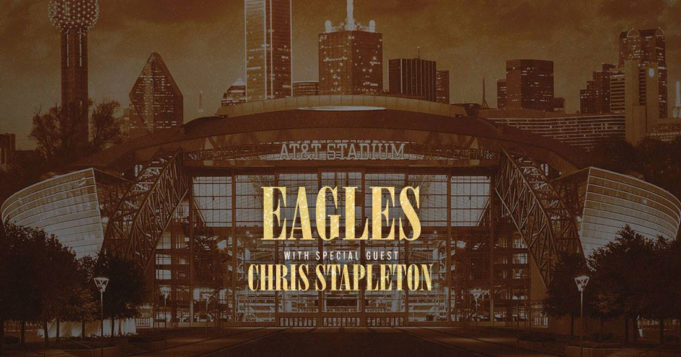 It is now officially the holiday season, and the exhortations to buy local are undoubtedly zigging and zagging across your social media feeds like one of Santa’s reindeer – Dancer, I imagine – high on pure peppermint powder and overjoyed to fly through the night hauling presents and the jolly, corpulent mass of End of Year Gift-Giving Paw Paw all over the goddamn earth. I support buying local wholeheartedly, of course – don’t forget that you can “buy local” by attending the live performances of area bands in local venues nearly every night of the week, spending your own (perhaps locally earned) dollars on locally produced beers, locally recorded/screen-printed merch, and shots for locally sourced scenesters. I also shop at Target, mostly for things like soap, socks, and underwear. Nothing against locally made soap or handcrafted briefs, but a 20-pack of crew socks that are made in China and retailing for $18 is tough to pass up. The same may be said for big-ticket shows in huge venues – I know spending an evening with Michael Bublé in April at Dickies Arena costs about the same as six to 10 shows at Lola’s Saloon, but the heart wants what the heart wants, especially if it wants to see Heart.

Heart has not released any 2020 tour dates, but if you want a good ’70s rock fix, the Eagles are doing a run, playing two shows at American Airlines Center on Feb 29 and Mar 1. Deacon Frey, son of the late Eagles cofounder Glenn Frey, and Vince Gill are both in the touring lineup. Honestly, you might as well catch as many icons of the classic-rock pantheon while they’re still around. Every day is a gift!

Speaking of the classic rock pantheon, Pearl Jam probably deserves a spot somewhere on the mountain where the rock gods (golden and otherwise) live, if for no other reason than that they are reliably awesome. In 2020, they’ll be celebrating their third decade as a band. At present, they have announced only some summer dates in Europe, but seeing as how every American my age wore a fucking flannel shirt in the summer of 1992 on account of their videos, I’d imagine they’ll be releasing American tour news soon. At present, their Euro-shows feature a double-bill with the Pixies, with White Reaper and IDLES in the opening slots, and I’d recommend keeping an eye out for their stateside stops. I also recommend seeing them in Amsterdam on July 22. YOLO, right?

Closer to home and easier on your savings account than a trip to the Netherlands to see a venerable alt-rock band, there’s OM at Gas Monkey Bar & Grill on Feb 23. When Sleep announced that it was going into “hypersleep,” I hoped that meant bassist Al Cisneros would take his other band – OM – on the road, and I was ecstatic to find my wish granted. Tickets are only $18, and the band’s meditative, Tibetan-influenced expression of heaviness will be well-suited to GMBG’s open-air environs, assuming it’s not freezing. But I will go to this show even if I have to wear ski goggles and mittens.

OK, that’s a lie – mitten weather is probably too cold for me to watch a band outdoors, unless the mittens are part of some kind of festival-costume, in which case, it’s probably the spring anyway. I don’t know if Fortress Festival’s unreleased lineup will include the kind of band you wear mittens to watch, but it’s scheduled for Apr 25 and 26. Not that it’s my duty to promote this event, but there was a time when Fortress Fest did not exist, and I prefer how things are now, with the advent of the festival’s fourth edition. Side note: Remember this year, how there was that drama about Ubbi Dubbi, an EDM fest held at Panther Island Pavilion, the same weekend as Fortress? Well, next year, Ubbi Dubbi is the week before at Globe Life Park.

Soccer Mommy, the nom de guerre of Nashville-based indie rock songwriter Sophie Allison, is playing the Granada Theater on May 7. I thought she had been in a previous Fortress Fest lineup, but maybe I was thinking about that band Hockey. But even if both are wrong, a couple Soccer Mommy songs algorithmically appeared in one of my Spotify playlists this year, and I haven’t been able to shake them. They’re hooky, and witty, and angry, and I bet this show sells out. Treat yourself or a friend to some tickets for Christmas before they go the way of the Cabbage Patch Kids.