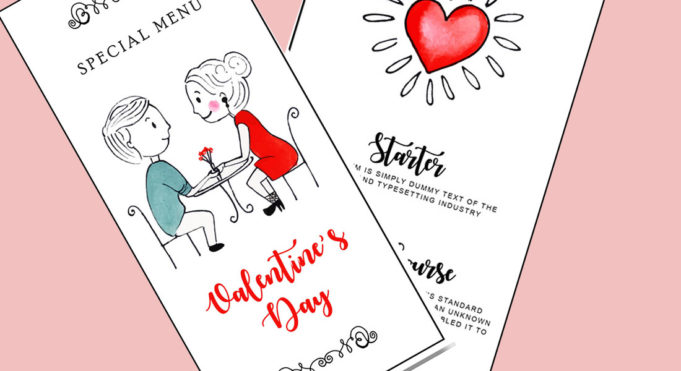 I’ve been dreading this week’s column, because I don’t feel like writing a hacky, rehashed intro for this Hallmark-inspired holiday. This week, you can do the heavy lifting in our second ever Chow, Baby Mad Lib:

Valentine’s Day is coming soon, and your special [noun] deserves the very [adjective] evening on the [noun] that your budget allows. With the recent explosion in [plural noun] in our city, you’re sure to [verb] the right place to [verb] that special someone in your [noun].

The below list includes just a [pronoun] of my favorite [plural noun] that are sure to set the [noun] for some [adjective] baby-making.

Clearfork fancy meat purveyor B&B Butchers (5212 Marathon Av, 817-737-5212) is continuing its tradition of offering a dine-in and takeout menu for Valentine’s Day. Select two of lobster bisque, Caesar salad, meatballs, and/or Chef Tommy’s bacon box (which is apparently not a euphemism); pick one of 20-ounce chateaubriand, 20-ounce beef Wellington, and two 10-ounce filets; and choose from your choice of two among chocolate cake, artisan cheeses, and/or New York cheesecake. Roasted Brussels sprouts, creamed spinach, and the house mac ’n’ cheese are all included, as are chocolate-covered strawberries. The cost is $130 per person, unless you’d like to throw in a flower arrangement and specialty box of chocolate, which will run you between $85 and $195 extra.

New chef Brian Olenjack is gussying up the menu at Bird Café (155 E 4th St, 817-332-2473). In addition to the place’s usual bill of fare, the kitchen is slinging a prix fixe menu that includes appetizers of lobster mac ’n’ cheese, jumbo lump crab cake, and lobster bisque; entrees of surf-and-turf for two, an 8-ounce black angus filet and a king crab leg, served alongside roasted duck fingerling potatoes and white cheddar creamed spinach, or a seafood stew with mahi mahi, mussels, and Gulf shrimp; and desserts of classic tiramisu or a chocolate Dutch baby with Mexican vanilla ice cream –– and an Ol’ South waitress will come and make it for you tableside (kidding).

Local farm-to-table trailblazer Ellerbe Fine Foods (1501 W Magnolia Av, 817-926-3663) is serving a three-course special menu that includes an interesting-looking amuse-bouche of white bean crostini, your choice of creamy Demases Farm cauliflower soup or mixed lettuce salad with a housemade fig mostarda dressing; an entree selection of Sicilian seared swordfish (say that three times fast) or steak; and a dessert of champagne cake or a salted dark chocolate tart. The cost is $85 a person and an additional $35 for wine pairing.

The Near Southside pay-what-you-can eatery Taste Project (1200 S Main St, 817-759-9045) is once again hosting its annual fundraiser to end hunger in Fort Worth. Tickets for Taste the Love are $300 for two people. As of our print deadline, the eatery hasn’t posted its menu. Last year, the three-course dinner included a limited but extravagant selection of porterhouse steaks, crab and avocado salad, and so much more. The restaurant isn’t accepting walk-ins and will stop selling tickets at 4pm on V-Day.