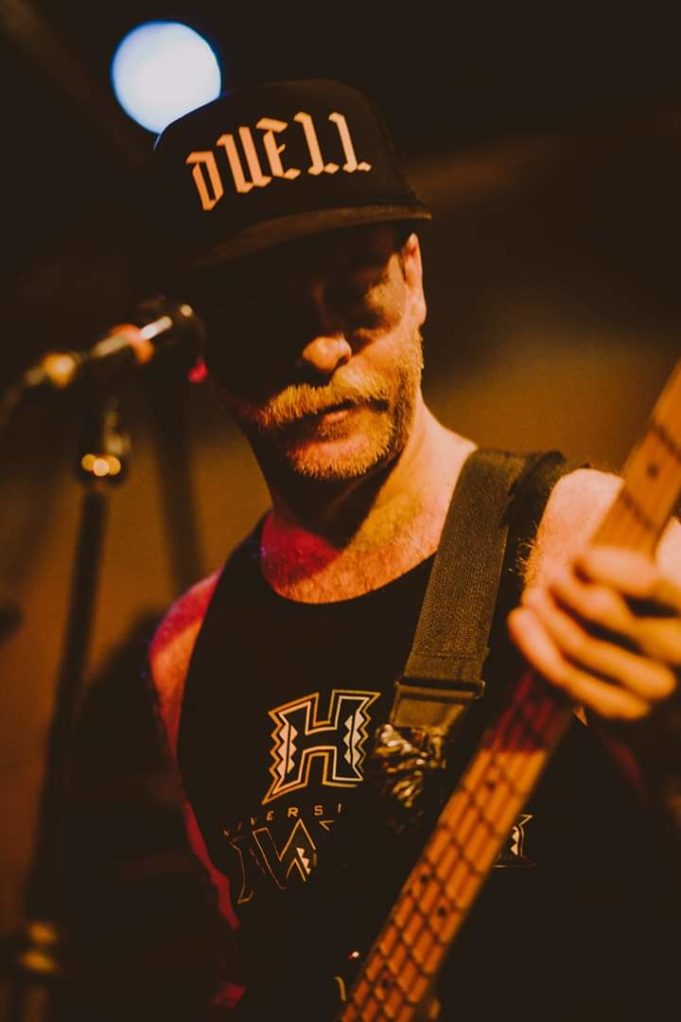 Off the top of my head, I am aware that Bruce Magnus, Cherry Mantis, and Unspell have new recordings out — full-lengths with the first two, an EP with the last –– but I can’t really muster the zeal to write about any of them. My editors have assured me that this sort of, um, enthusiasm dysfunction happens to most writers, but I’d like these bands to know that it’s not them, it’s me. I dug what I heard. Bruce Magnus’ Elevate is an interestingly freaky, punked-up expansion of their bluesy bar-band sound. Cherry Mantis’ jazzy melodies and mellow, groove-heavy vibes make me think that the minor 7th chord is replacing Dimebag riffs as Arlington’s sonic hallmark. Unspell made me enjoy hardcore again. They all merit active listening and engaged critical evaluation but from someone who isn’t me, because I wouldn’t do them justice. I just don’t have a lot left in my tank for critically appreciating creative expressions these days.

Part of my slide into uninspired banality is because I currently exist in the same dumb Roland Emmerich blockbuster that everyone else does. Like y’all, I’m caught in a similar cycle of emotions, a low-heat tumble dry of sadness, elation, boredom, novelty, fear, weird contentment, and impotent rage over shit like why this pandemic has spread the way it has and why “anyone who wants one” can’t just walk in and be tested and why there are people who believe that this whole ordeal is just some overblown liberal conspiracy to stop them from going to BoomerJack’s or wherever. This morning, I sprayed disinfectant on junk mail and washed a pair of disposable rubber gloves in soap and water. I felt absurd, but next week, I might feel absurd to not wash a pair of disposable rubber gloves.

For all my anxieties and what seems like a cartoonish visit in the world of obsessive-compulsive behaviors, my desultory engagement with local music is driven more by a desire to write other things, with the only pressures on my output coming from within, rather than the teeth-clenching, over-the-shoulder shadow of a deadline. Simply put, I want to write for fun again. I know that for a lot of professional writers, it’s just as easy to switch their brains from “job writing” to “personal fulfillment writing.” I am not one of them. The mental energy I expend on a column or a Top 5 list, combined with the tedium of meeting modern platform expectations like inserting hyperlinks and sifting through video content, typically means I shut my laptop at the end of a Tuesday and leave it that way until the next deadline looms. There are weeks when my imagination would be hard-pressed to write a grocery list, let alone 700 words about the year’s best 20 albums.

I am grateful that for past 10 years people like Anthony Mariani, Eric Griffey, Gayle Reaves, and the Super Newquist Bros. (Michario and Leeigi) have allowed me to run my proverbial mouth in exchange for a check. But now that the recession has forced the Weekly to lay off over half its staff and ask its contributors to work for something akin to IOUs, I had to ask myself if I wanted to stay the course, to write a piece or two for free every week until things return to normal. I found that I do not.

Never is a long time, so I won’t say that this is the last thing I write for the Weekly, but truth be told, I’m tired of having opinions on things. It’s somebody else’s turn. The cool new local bands of the world deserve more active listeners than I can be right now. –– Steve Steward