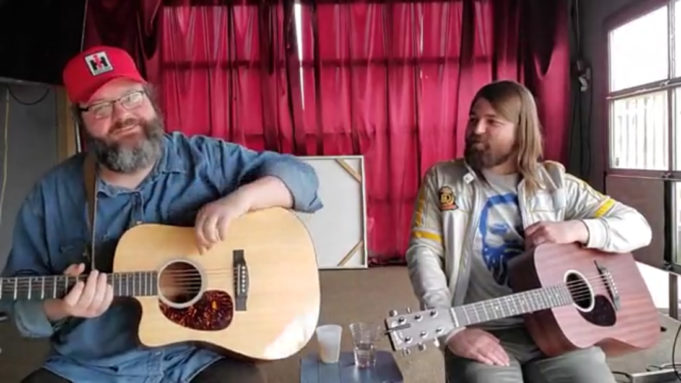 The in-person live music experience isn’t going anywhere. Don’t worry. The only thing about it that’s going to change moving forward is its shape, from bigger to smaller. The extent of the decrease will depend on the square footage of the venue. For forward-thinking music spaces, square footage can become an afterthought thanks to livestreaming.

“I think people are getting used to the idea of live and virtual streaming,” a furloughed Paradigm agent recently told Rolling Stone. “Right now, the idea of going to a 300-cap venue and pushing through some asshole crowd of kids to pay for an $18 beer, just to stand in a corner and nod my head to some music that is never as good as the record, seems just like hell to me. Maybe I’m the only one. Maybe I’m jaded, but I don’t think live music will be as important as it once was for a while.”

He’s probably just jaded. The in-person experience is always going to be important, the degree to which varying by shades in cycles like every other artistic medium. Now that in-person’s luster may be waning a little due to social distancing and the bright, shiny, intoxicating newness of livestreaming, venue owners all over the world are getting creative. Leading the way locally during the lockdown has been MASS, offering its Social Distancing Concert Series. Brandin Lea, The Unlikely Candidates, and the Quaker City Night Hawks’ Sam Anderson are just some of the big timers whose performances have been livestreamed from the Near Southside venue’s stage. Is livestreaming a legit option moving forward?

“I believe livestreaming will be/has become a viable medium for musicians,” said MASS co-owner Ryan Higgs in a text message. “However, the main source of income for artists is touring. The venues/bars need the bodies to sell booze and to stay open. The bands need that in-person energy that only comes from being there. The trick as a venue is to find if both streaming and live shows can exist together. I’m not forgetting people who have reasons to stay home during this pandemic and even after restrictions are lifted. The chance to see live music will hopefully be available.”

Lola’s Saloon owner Brian Forella believes livestreaming is “totally legit,” he told me. What he may like most about it is that it brings together his two worlds: his Fort Worth family and his extended family in Florida and New Jersey. For performances by two Lola’s bartenders, Blake Parish and Kris Luther, Forella pitches them especially hard to his out-of-town kin: “Now I can just go, ‘Wednesday at 10, Blake and Luther are on Facebook Live. … You guys aren’t in town, but they’re my buddies.’ [My family] couldn’t see them play before. Now they can. … They can drop them 20, 30, 50 bucks: ‘That’s badass. Here’s 50 bucks.’ ”

Owner of the TCU-area venue The Moon, Chris Maunder isn’t quite sure if livestreaming is here to stay but definitely spies an opportunity: “Um, I don’t know about the definition of ‘legit,’ but I always felt like this was something coming, and I’m really interested to see how it progresses.”

Maunder believes that livestreaming is especially advantageous to touring and/or major-label artists: “It’s a really good outlet for fans of bands with a wide-ranging fan base. They don’t always come to town, and you can’t always see them, so for those bands, it’s a really good option. On the local, smaller side, I just don’t know.”

About the big artists, he’s right. Livestreaming services such as StageIT and LiveXLive are reportedly fielding more inquiries now than ever. LiveXLive has created its own content, a departure from livestreaming only major festivals such as Electric Daisy and Lollapalooza. The company expects to air at least 75 episodes of My Home to Yours over the next year, up from 40 the year before, the CEO told Rolling Stone. “Livestreaming is just exploding,” he said. “We’re beefing up our production team.”

Forella is beefing up his, too. Working with audiovisual producer/engineer/musician Nick Choate, Lola’s owner imagines ticketing to be as simple as perhaps posting an image of your purchase or paying to be part of a special group specific to the livestreaming platform, like Facebook.

“Maybe pay 20 bucks at the door, and when it’s sold out, it’s sold out,” Forella said. “Just do a small show inside,” he continued, differentiating between Lola’s Saloon and the much more spacious adjacent space, Lola’s Trailer Park, “because the days of 150 people inside Lola’s [Saloon] are not coming back anytime soon.”

Maunder is prepared to embrace livestreaming, too, though cautiously. He said that he has watched it go locally from super-successful to routine in just a few short weeks, which gives him pause: “My guess is that it has to do with the repetition, how often the smaller, local bands are playing. The same issue that we have of bands playing live all the time [locally] is what we’re having online now. Now, if it’s something very special, I can see a bigger group of people watching. I’m definitely excited about that direction, and for small clubs, it’s always good to have an outlet like that. Whether we’re charging or it’s a livestream, it’s a good opportunity.”

The music industry at large appears to be weakening. Touring revenue seems to be the only avenue by which most artists earn any real income — revenue from product sales is next to negligible, and the payout from streaming services such as Spotify and Pandora is minuscule for most. Livestreaming may be the way to move forward, especially locally.

“Streaming is a viable way to get through the next frickin’ year,” Forella said. “Everyone’s going to have to adapt. You gotta move and shake, or it’s not going to happen.”