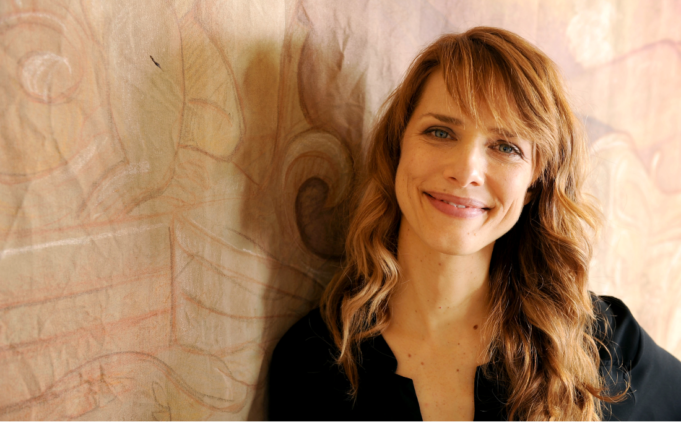 Great cities deserve great filmmakers. Martin Scorsese is forever identified with his native New York even when his movies are set elsewhere, M. Night Shyamalan (for better and worse) reps Philadelphia, and Wim Wenders is a Düsseldorfer who found metaphysical poetry in the geography of Berlin. Lynn Shelton was from Oberlin, Ohio but made her home in Seattle, and while she wasn’t a visual stylist on the level of those other filmmakers, she was a good sight funnier than them as she captured the texture of life in the Emerald City. She died this past weekend at the age of 54, news that was confirmed by comedy podcaster Marc Maron, who was her boyfriend. He specified that she died of an existing blood disorder and not the coronavirus. Among the tributes to her, fellow filmmaker Mark Duplass (who starred in several of her films) said she was just getting started. I don’t know about that, but I do think she had good movies left in her, and knowing that she’ll never get to make them makes me sad.

Many of the obituaries are listing her TV work: Mad Men, New Girl, Fresh Off the Boat, Dickinson. These make a nice résumé on their own, but they don’t represent what she was about. Her work on the current Hulu series Little Fires Everywhere showcases the acting of Reese Witherspoon and Kerry Washington to dazzling effect, but they display little of her marvelous sense of humor. After film-school and acting-school stints at Oberlin College, the University of Washington, and the School of Visual Arts New York, she didn’t direct her first feature until the age of 39, having gone through a creative crisis before then and fearing she was too old to start her career until she attended a lecture by the French filmmaker Claire Denis, who was 40 when she started out.

Shelton’s early films mostly cast her personal friends (whether they were actors or not) in the roles and featured heavily improvised dialogue about creative types much like herself. The first one to receive widespread attention was 2009’s Humpday, a film about two re-connecting school friends (Duplass and Joshua Leonard) who decide to jolt themselves out of their thirdlife creative torpor with an art project in which they have sex. Exactly how two straight men having sex with each other is a revolutionary idea is a question they don’t ask until near the film’s end. Shelton’s talent for delicate farce is on display in a scene as funny as anything in a Hollywood comedy, when one guy spills the beans about the project to the other’s fiancée (Alycia Delmore), thinking that she already knows.

Better still is the film’s climactic scene, as it were, when the men fail to have sex and instead talk through their neuroses about growing older in ways that are more intimate and rewarding than any sexual encounter would be.

The success of Humpday drew the attention of stars who wanted to work with Shelton, as Emily Blunt took the lead role in Your Sister’s Sister and adapted well to the director’s on-the-fly approach as a woman dealing with the fallout of her sister having sex with the man she’s secretly in love with. One of the great things about Shelton was her willingness to cast actresses against type, such as Ellen Page as a woman chronically short on self-confidence in 2013’s Touchy Feely. She was not responsible for the casting of Little Fires Everywhere, and yet Reese Witherspoon is so good as a prim Type A suburban mom with repressed rage that you wonder why she hasn’t played more characters like that. My favorite collaboration between Shelton and her lead actress has to be 2014’s Laggies, with Keira Knightley rocking a solid American accent and a role as a jobless flake who hides in terror when her boyfriend proposes to her. I love the scene late in the film when she finally realizes she can’t marry her fiancé (Mark Webber) after he takes her photograph and immediately shares it to social media.

Maron (who starred in her last film, Sword of Trust, which I must admit isn’t a favorite of mine) discusses who Shelton was as a person on the anguished latest episode of his acclaimed podcast WTF. It’s too bad that she never got a chance to do a big-budget Hollywood comedy, but then, it didn’t seem that she was overly interested in that. She found the absurdity and laughs in everyday life, and such filmmakers are often underappreciated. Her time ran out before she could make an out-and-out comedy masterpiece, but she left behind some films to treasure. Late in Laggies, the main character lies and introduces one of her teenage friends (Kaitlyn Dever) as someone she met on a spiritual retreat. When the boyfriend asks the girl which spirit animal she was assigned, she doesn’t miss a beat, saying, “I am my own spirit animal.” That’s what Lynn Shelton was.