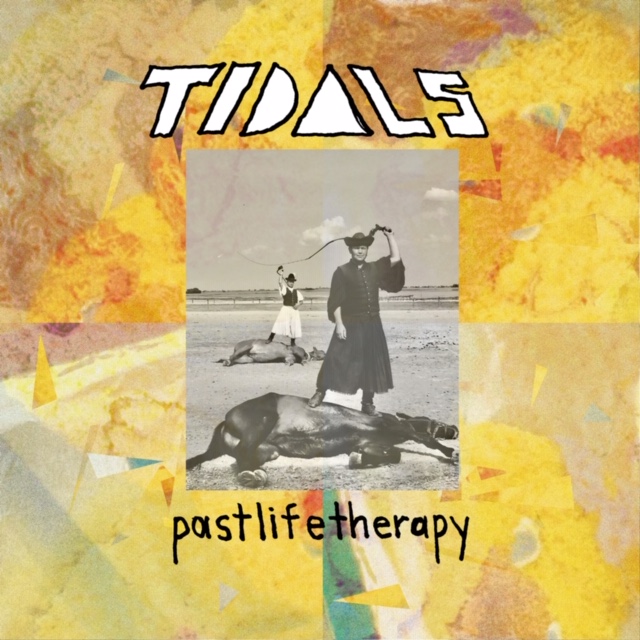 Probably the best way to listen to Tidals is on a dark train zipping through the city at night. New York City perhaps or maybe Paris or Berlin. Definitely not Texas, clearly not Fort Worth. The music is that far removed from the sounds that we’ve come to know, and love, as “Texan.” Jeremy Lantz and Joshua Wrinkle’s recently released twin recordings glow with a certain unnamable, transportive vibe. “Sonic art” is probably the best way to describe the album Past Life Therapy and the EP Flowering Skullcap. They’re illbient but not in thrall to hip-hop, glitchy but not engrossed with DJ Spooky or Ulf Langheinrich, and melodic but visibly allergic to lounging poolside at an adults-only beach resort. The connectivity between the records exists purely stylistically. They challenge presumptions of “experimental music” and reward active, patient listening.

“For us,” Wrinkle said, “our music always tells a story or expresses a feeling, an emotion or mindset. Although Tidals is primarily instrumental, certain samples or pieces may represent an idea, a conversation we had, an experience we shared, things like that. I feel like some of that is evident to people listening to the songs, but a lot of it wouldn’t be so obvious. Some songs had a certain emotion or vibe, and that’s how we ended up with the two separate albums.”

Lantz and Wrinkle began work on Past Life Therapy and Flowering Skullcap not long after they finished their last record, a 2016 split with experimentalists Beach Priest. The vibe from Tidals’ three contributions to that disc lingers on in the new records. Speaking voices sometimes above but other times below the desultory waves of instrumentation create a weird sort of  “Suicide Parlour,” mind-warping echoes of women talking, their voices fanning out like concussive waves, seem to reflect a kind of internal struggle, like all of the voices of self-doubt we confront ourselves with daily hitting us all at once. The song probes its boundaries for limits, rattling and threatening to tear apart down the middle. You wouldn’t call it “spooky” but maybe “Spooky.” It’s a good counterpoint to “Past Life Therapy,” a bright, twinkling track whose talking points come and go as if in a dream.

“We’re both stoked with how the songs turned out,” Wrinkle said.

Past Life Therapy and Flowering Skullcap were recorded by John Nuckels at his Fort Worth home studio, Prism Lake. Nuckels is Tidals’ go-to guy. With the exception of the duo’s 2015 album, Seplica’s Bedroom, which was produced by Jordan Richardson (Son of Stan, Ben Harper), the rest of Lantz and Wrinkle’s work has been produced by Nuckels, the cofounder of both Sub Oslo, the legendary dub band, and Wire Nest, a chillwave project with Sub Oslo bandmate Frank Cervantez.

Nuckels, Wrinkle said, “is a friend that we enjoy working with and is a wizard at what he does.”

Recording was delayed by the everyday vicissitudes of life.

“With work, school, and travel taking up a lot of Jeremy’s time and mine as well, it was always difficult to record more than one or two songs at a time,” W 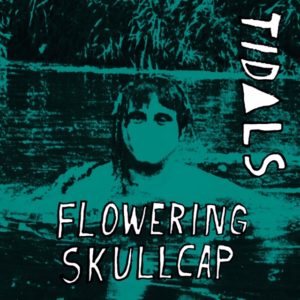 rinkle said. “We decided to just continue recording as we could, and once we felt we had a finished record, we would focus on putting something new out. Some parts of songs were recorded as recently as February of this year.”

Will Killingsworth mastered the records at Dead Air Studios in Amherst, Massachusetts.

“He’s a musician/producer that I’ve respected from a young age,” Wrinkle said. “Although he usually deals more so with rock/punk/hardcore, we were both excited to see what he would do with our tracks.”

The album also includes a remix by Best Fwends, the former Fort Worth experimental-pop duo that dominated the early aughts. Tidals connected with them through art — Best Fwend Dustin Pilkington designed the covers of both records.

“When he was working on the art, we asked if they would be interested in seeing what they could do with one of the songs,” Wrinkle said. “It turned out great.”

Wrinkle said that he and Lantz have been socially isolated during the pandemic but plan on performing a livestream “or two” soon. “Once things somewhat normalize and we are playing shows again, we will release physical versions of the two albums,” Wrinkle continued. “I’ve got a few songs I’ve been working on recently, and I know Jeremy has been writing as well. I would love to be back in the studio by winter.”

Winter, undoubtedly the best time to listen to Tidals while on that train far, far away.