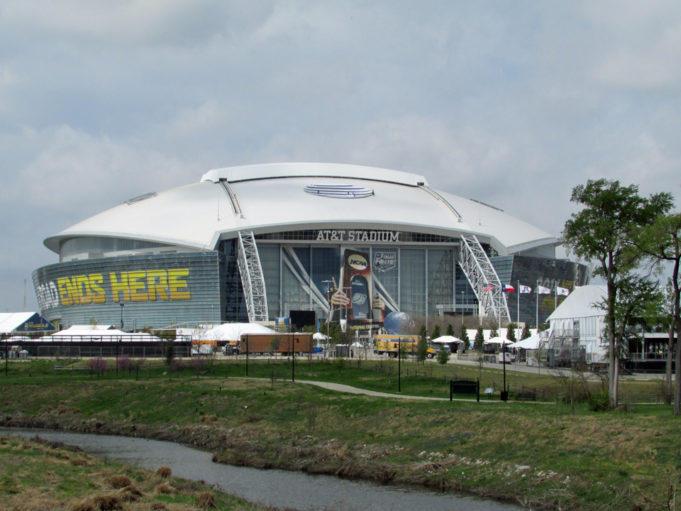 The NFL just cancelled the Hall of Fame Game between the Cowboys and Steelers. If you hadn’t been taking the virus seriously before now, you have to admit that it just got real.

Do you realize that was the last remaining neutral-site game this season, since they already had moved the London and Mexico City games back to the U.S.?

Canton, Ohio had hosted Hall of Fame Games since 1962 in conjunction with enshrinement ceremonies. The Cowboys have played in it six times, winning half of those (not that you care about the result – it is preseason, you know).

The NFL actually has quite a history of neutral-site contests. Before big TV deals and lucrative stadium hospitality features, teams would frequently barnstorm to non-NFL markets in the preseason. The Cowboys, in fact, recorded their first-ever win in August of 1960 when they defeated the Giants in Louisville, Kentucky. They played other portions of that 1960 preseason in some other interesting places, like San Antonio, Minneapolis, and Pendleton, Oregon’s storied rodeo arena. Unfortunately, they didn’t win any more games during the preseason or the subsequent home-and-away regular season. They finally snapped the skid to open the 1961 exhibiton slate against the expansion Vikings in front of 4,954 fans in Sioux Falls, South Dakota.

That Louisville game had actually been rescheduled from Montreal, and America’s Team leads the league in number of different foreign ports (and, therefore, end zones) visited. They’ve played in Mexico City, Monterrey, Toronto, Tokyo, and London. On August 8, 1993, the Lions played Cowboys to a 13-13 tie in Wembley Stadium. That’s pretty much the ultimate in neutrality. They should have played it in Switzerland. Technically, the NFL assigns a home team to these extraterritorial affairs, but let’s face it, you can’t exactly tailgate there in your pickup.

The Boys are tied for the all-time NFL lead in number of postseason neutral-site games played, with eight Super Bowls and three Playoff Bowls. The latter was a 1960s consolation game of sorts for the conference runners-up. It still counts for our purposes. Now we just need to win another Super Bowl before the Brady-less Patriots and we’ll be all alone in first place in this prestigious category. We’ve also hosted a Super Bowl and Boston/Foxboro hasn’t, which should perhaps count as a tie-breaker.

This past winter, the Cotton Bowl had to move its football game to SMU’s Ford Stadium because it had to host a game in another sport: ice hockey. The sea of victory green at the Winter Classic loudly demonstrated that it wasn’t actually a neutral-site game, although the league pretty much ran it and it wasn’t in the Stars’ home arena. However, the Stars and the rest of the NHL are about to play a bunch of neutral-site games whether they like it or not.

The NHL hopes playing its season’s remaining games in hub cities will enable it to keep its personnel safe enough to award a Stanley Cup. While they should have chosen North Texas as one of those hubs, wherever they go, no home crowds will influence the results.

There’s a case to be made that there would be no Dallas Stars here if it weren’t for neutral-site games. On December 15, 1992, the New York Islanders beat the St. Louis Blues 4-3 in overtime at Reunion Arena in front of a crowd of 11,251. The NHL had also staged preseason games in Dallas.

The Stars paid it forward, after a fashion, by taking on the Kings in Las Vegas during the 2016 preseason. Now the Golden Knights play in that city as one of the league’s success stories. The Stars have often sprinkled in September games in nearby cities as they try to spread their sport in the region, Including losses to the Panthers in Tulsa in each of the last two preseasons.

It looks like the Mavericks, Wings, and FC Dallas will have to play the rest of their seasons in Florida, as the NBA and MLS adopt policies similar to those of their ice hockey counterparts.

The Mavericks have traveled to Mexico, China, and British Columbia in the past. The NBA stages its postseasons at home arenas, but North Texas does host its share of college conference basketball tournaments. The NCAA has also played men’s and women’s regionals and Final Fours here. 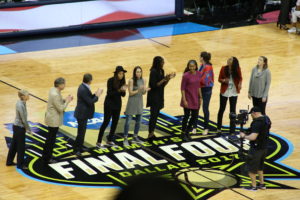 In soccer, Frisco has hosted MLS Cups in 2005 and 2006. FC Dallas traveled to Toronto for its lone MLS Cup appearance, a loss to Colorado. We’ll occasionally get an international exhibition through town, too.

The Rangers hope to open their season in a facility in which they’ve never played, but at least it will be theirs. Hopefully Globe Life Field will confer some sort of home-field advantage at some point. They’ve traveled to Puerto Rico for games in 2001 and 2003. They also played a three-game series against the Tampa Bay Rays in Orlando in 2007, which felt more like Mickey Mouse’s home field than anyone else’s.

Texas did play four times in baseball’s version of the Hall of Fame Game, a summer exhibition held in Cooperstown, New York. That game has been cancelled, too, but not because of the virus. It was a casualty of a 2008 collective bargaining agreement between the league and its players.

With no fans allowed in any stadia for the foreseeable future, we have a new reality: all games are effectively neutral-site games. Let’s hope we can soon get back to just a few a year, including the record-breaking one in which the Cowboys hope to participate this coming February.