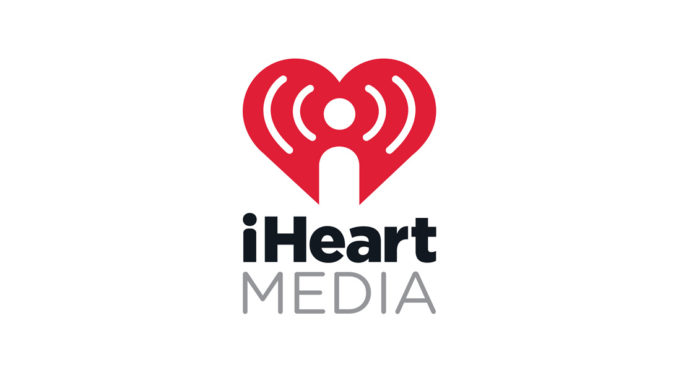 Question: Do you listen to broadcast radio? Follow-up q: If it’s not sports talk, what are you listening to? Follow-up to the follow-up: If it’s not a noncommercial operation like WRR, KNTU, KTCU, The Pirate, or KXT, what is it? Jack-FM? *smirks* Lone Star? *smirks louder* Lord knows, we all need to hear The Eagles or the Red Hot Chili Peppers 9 million more times again this week. In other words, does anyone really care that broadcast radio will now be dominated by a Trumpanzee.

I ask because there’s a virtual radio monopoly on the way, one that encompasses not only broadcast but streaming, too.

Just the other day, the U.S. Department of Justice –– or “Justice” if you’re no fan of Bootlickin’ Bill Barr –– allowed Liberty Media to increase its stake in iHeartMedia. The owner of more than 850 AM and FM radio stations across the country, iHeartMedia is also a streaming service with more than 120 million registered users and a monthly total reach of 275 million listeners. That’s more than the U.S. digital audience of Google (251 million, including YouTube) and Facebook (215 million, including Instagram and Messenger). Liberty Media also owns quite a few other hot music properties: SiriusXM, the largest satellite radio service on the planet; and Pandora, the free internet radio service with more than 70 million monthly active users. With the iHeartMedia deal, Liberty will be able to dominate nearly every facet of the promotional side of the music industry.

That’s not all. Liberty Media also owns Live Nation Entertainment, the concert monster that also owns ticketing beast Ticketmaster and that has a management arm overseeing about 500 artists, nudging Liberty Media into the production side of the biz as well.

Lots of public advocacy groups are outraged by Liberty’s iHeartMedia deal. In April, they sent a strongly worded letter to the DOJ.

“The potential impact on radio markets is evident and likely catastrophic, removing competitive discipline across multiple market segments,” the advocacy groups wrote. “The merger of Sirius and XM removed one vector of potential competition. Then, the consolidation of SiriusXM and Pandora removed another. Now consumers face the prospect of their top local broadcast music stations (including markets in which iHeart already owns multiple stations), the massive iHeart streaming network, Pandora, and SiriusXM all being under one roof. Not to mention sharing space there with the Live Nation/Ticketmaster monopoly. For listeners, it will almost certainly mean fewer options, less diversity, and higher prices.”

The outrage, I can feel it. I can also share it, especially since Liberty’s owner is a notorious right-wing asshat.

As for the rest, I’m still trying to figure it out.

My first problem is with “diversity.” Since when has radio been about diversity? Take the world’s largest, longest-standing genre: Rock radio has been about the same 100 artists on every rock channel since forever. When has rock radio ever cared about “diversity.” iHeartMedia’s three North Texas properties –– Lone Star, KISS-FM, and The Eagle –– have never really been likely to play anything not corporate-approved. Ownership by Liberty Media isn’t going to change that. Independent artists will still be on the sidelines.

My second problem is that I don’t understand what “fewer options” specifically refers to. If I had to guess, I’d say “fewer spots on the dial” or “no broadcast dial altogether.”

In their letter, the advocates wrote, “It’s easy to see ticketing offers and exclusives steered to Liberty’s radio channels, shutting out non-Liberty listeners and further undermining competition on the radio subscription side. And will Liberty even continue to invest in its free-to-listeners AM/FM product when that is competing with its lucrative satellite and streaming businesses?”

David Kully agrees. The partner at law firm Holland & Knight who led the DOJ’s antitrust unit over radio deals has said that “it seems plausible that Sirius XM and some large iHeart stations are competing for listeners, and that’s something the antitrust enforcers aren’t going to be able to ignore.”

I can’t believe the advocates could be referring to “fewer artists.” In a market and a part of the globe where you can hear The Eagles or Red Hot Chili Peppers on at least 200 different broadcast and satellite stations, “fewer artists” means next to nothing, and the “higher prices” mentioned in the advocates’ letter would only serve to drive me closer to WRR, KNTU, KXT, and, as long as I can afford it, iTunes Music.

In the past, these sorts of deals were troublesome for their impact on advertising dollars. Advertisers didn’t want to be put in the position of being ostracized for not playing ball or being extorted by stations. Now the concern is that fewer choices on the dial is also bad for programming. Does that mean that instead of the same 100 rock artists day after day we’ll be regaled by the same 90? I’m sorry, but I moved onto WRR, KNTU, KXT, and iTunes a decade ago. Can’t say I’m too concerned.

When it’s all Toby Keith or all Ted Nugent all the time, then maybe I’ll write an angry story about it and wag my finger. Until then, play the Vivaldi again. –– Anthony Mariani